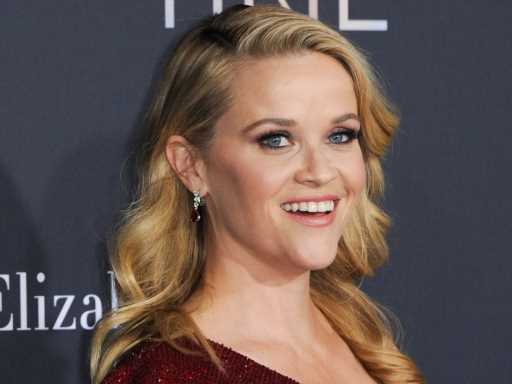 Reese Witherspoon made fans see double, but not with her lookalike daughter Ava Phillippe — this time, it was with her French bulldog.

On Jan 15, Witherspoon posted a darling picture of her and her French bulldog puppy Minnie Pearl with the caption, “I’ve lost the plot.” No, Reese, we’re obsessed with this plot. Anyway, the photo shows Witherspoon and Minnie Pearl in matching, black and white knit sweaters that have everyone itching to recreate for themselves.

In response to Witherspoon’s caption, many celebrities jumped to say how obsessed they are with the photo and that Witherspoon’s “plot” is just what the world needs. Many stars such as Sarah Michelle Gellar, Ellen Pompeo, The Morning Show costar Julianna Margulies, and bestselling author Kimberly Snyder were quick to say things like “No you found it!!” and “I might need to recreate this image.”

Even her lookalike daughter Ava — who we’re used to Witherspoon twinning with — even commented, saying, “do I need to buy a striped sweater too??” with the eyes and heart emojis.

Little pup Minnie Pearl was first introduced to fans back in Nov 2020, soon after the death of Witherspoon’s elder French bulldog Pepper. She introduced the pup with an adorable video of Minnie Pearl in the hood of her hoodie, saying, “My Hood Baby Dog.”

Along with pup Minnie Pearl, Witherspoon has more furry family members such as her tan and white bulldog named Lou and a brown Labrador named Hank — all of which make many appearances on The Morning Show star’s Instagram.