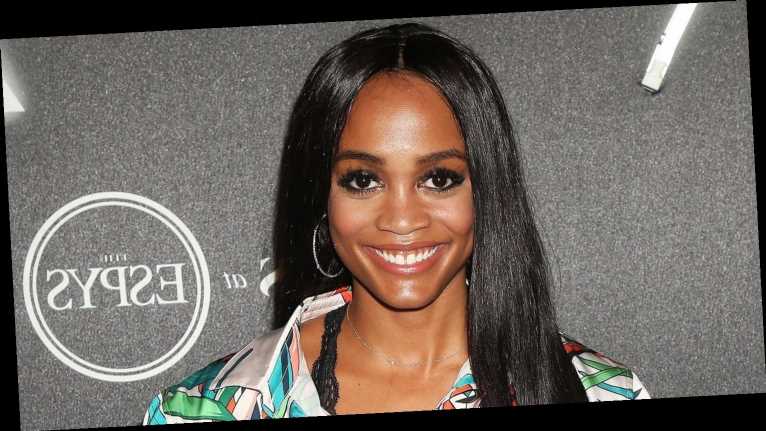 Calling it like she sees it. Rachel Lindsay spoke out about Bachelor fans’ behavior surrounding Matt James’ season and warned the end of the franchise could be imminent if something does not change.

“It’s wild out there, y’all. Bachelor Nation, y’all are gonna be the reason this show doesn’t exist anymore ‘cause you’re so damn toxic,” the former Bachelorette, 35, said during the Friday, March 19, episode of her “Higher Learning” podcast with Van Lathan. “You’re gonna be the demise of the show and the reason it’s taken down.”

Lindsay then urged fans to allow James, 29, and his ex Rachael Kirkconnell the space to deal with the graphic designer’s controversial past on their own terms. “You’re nasty, you’re vile, you’re harassing Matt for a decision that he made,” she noted. “He supports the girl, he’s allowing her to do it on her own. Let’s move on.”

The season 25 Bachelor broke up with his final rose recipient after allegations of racism surfaced. Kirkconnell, 24, previously attended an antebellum-themed party on a plantation and “liked” photos that featured the Confederate flag, for which she has apologized.

The Georgia native defended James amid online harassment after they confirmed their split during the Monday, March 15, After the Final Rose special. “I am taken aback by what I’ve seen tonight. If you think that attacking a person I care about with racist insults is what I would ever want, you haven’t been listening,” she wrote via her Instagram Story on Wednesday, March 17. “Some of the things I’ve seen being said to and about Matt are repulsive. I respect the decisions that Matt has had to make during this experience. If you are directing hate towards him, please stop. Recognize someone’s humanity and think about the impact your words have.”

Lindsay faced similar backlash on social media after her February interview with Chris Harrison, which prompted the host’s step back from the franchise after he spoke out about Kirkconnell. The “Bachelor Happy Hour” podcast cohost temporarily deactivated her Instagram account as a result of the harassment.

A Timeline of Chris Harrison and Rachel Lindsay’s Interview

ABC announced earlier this month that Tayshia Adams and Kaitlyn Bristowe will host season 17 of The Bachelorette and Michelle Young will be the lead after Katie Thurston. However, Lindsay does not believe the franchise is headed in the right direction.

As for how she felt After the Final Rose turned out after Emmanuel Acho replaced Harrison, 49, Lindsay thought the questions asked were meant “not for” Black viewers. “They’re for white people. It is about making them feel comfortable,” she said. “It is about asking, maybe a thoughtful, insightful question, but not a question where it’s really gonna hit like that.”