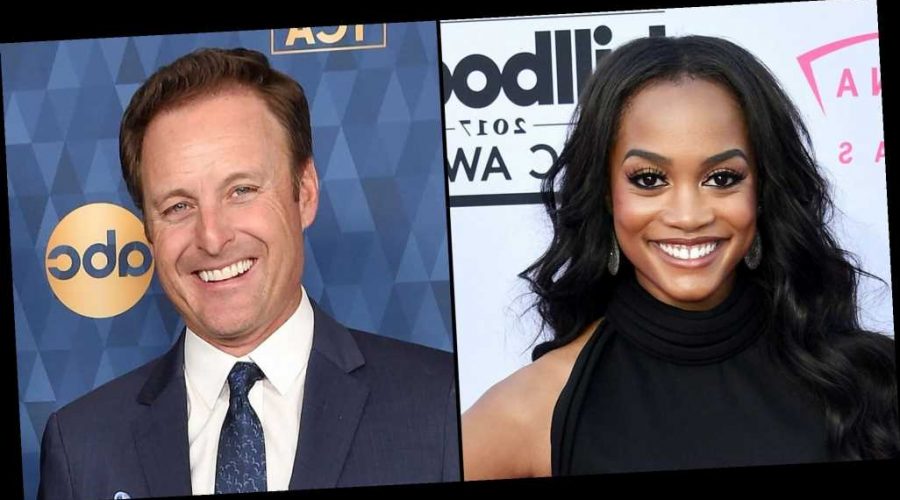 Will Rachel Lindsay step in as temporary host of The Bachelor? It’s an option, an insider tells Us Weekly exclusively following Chris Harrison‘s announcement that he will not host the upcoming season 25 After the Final Rose special amid controversy over his statements regarding racism.

“ABC and Warner Bros. have spoken to Rachel about the possibility of hosting the After the Final Rose special and they would like her to take on the role,” a source tells Us. “She is still weighing the options and is pushing for After the Final Rose to include a bigger conversation about race overall in the franchise. No final decision has been made yet.”

Harrison, 49, came under fire following a February 9 Extra interview during which Lindsay, 35, asked him about contestant Rachael Kirkconnell’s controversial Instagram photos, in which she posed at an antebellum plantation-themed party in 2018.

After defending Kirkconnell, 24, who is currently competing on Matt James‘ season of The Bachelor, Harrison went on to wonder if there was a problem with her actions or if it was only a problem because we’re looking through a 2021 “lens.”

He later apologized for his comments and for not letting the former Bachelorette speak. Days later, the Perfect Author announced he would be taking a break from the franchise for the first time since its 2002 debut. In his statement, he apologized then noted that the After the Final Rose special should focus on the fact that James, 29, was the franchise’s first Black Bachelor.

“I am dedicated to getting educated on a more profound and productive level than ever before,” the former Who Wants to Be a Millionaire? host wrote via Instagram at the time. “I want to ensure our cast and crew members, to my friends, colleagues and our fans: this is not just a moment, but a commitment to much greater understanding that I will actively make every day.”

An insider shared with Us that there have been “conversations” about editing the host out of the remaining episodes of James’ season and Women Tell All, which have already filmed.

“If not, they may add a disclaimer at the top of the remaining episodes,” the source added, noting that The Bachelorette may be delayed instead of kicking off filming immediately after The Bachelor ends.

On February 16, Lindsay told E! News that she’s “not even thinking” about possibly replacing Harrison down the line, despite fans on social media expressing hope that she does.

“I think the bigger picture is that there is an issue and Chris is recognizing it, other people are recognizing and I think if my message is to really make change and to really create a level of awareness, then I can’t be focused on trying to take somebody else’s job,” the attorney said. “I am just focused on really us getting to a place of unity where we can all be better.”

Kirkconnell, for her part, released an apology on February 11, admitting that she “was wrong” for her past posts. “At one point, I didn’t recognize how offensive and racist my actions were, but that doesn’t excuse them. My age or when it happened does not excuse anything. They are not acceptable or okay in any sense,” the graphic designer added. “I was ignorant, but my ignorance was racist.”

Us Weekly has reached out to Warner Bros. for comment.