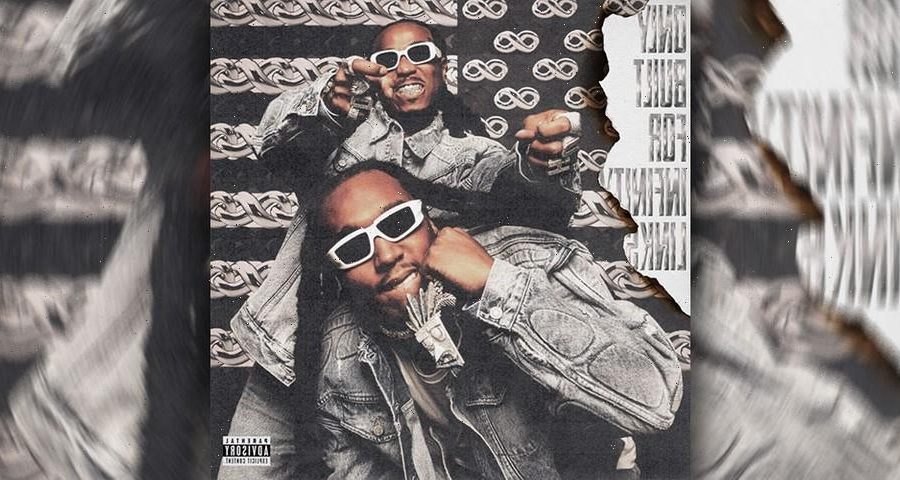 Quavo and Takeoff have announced the release date of their upcoming joint debut album, Only Built For Infinity Links.

Set to drop on October 7 via Quality Control Music/Motown Records, the record follows the pair’s recent singles “Big Stunna” with Birdman, “Us Vs. Them” with Gucci Mane and the lead single “Hotel Lobby,” which has sold over 500,000 units in the United States and received a gold certification from the RIAA just four months after its release. The duo also unveiled the album art for Only Built For Infinity Links, which shows Quavo and Takeoff wearing the padded denim jacket and 5-pocket denim pants from YEEZY GAP ENGINEERED BY BALENCIAGA — two pieces that are available for purchase on the official YEEZY GAP website and Balenciaga.

They recently sat down with Elliot Wilson and Brian “B.Dot” Miller for the newly-revived Rap Radar podcast, where they clarified why Takeoff did not appear on Migos’ No. 1 hit “Bad and Boujee.” Quavo explained that “it was just timing,”adding, “We was just trying to get something out. We was actually pissed off because we ain’t have no music out. I think like a couple months before that whole little wave and we was going through the litigation with 300 [Entertainment], so we ended up leaking ‘Bad and Boujee’ on SoundCloud first.”

Check out the album art above. Quavo and Takeoff’s Only Built For Infinity Links drops October 7.