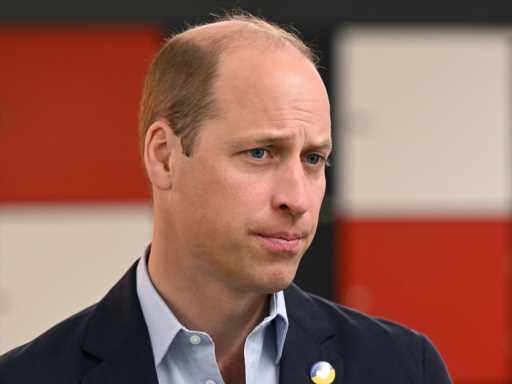 Among the many engagements Prince William and Kate Middleton attend as senior members of the royal family, some events are more somber than others. The Duke and Duchess of Cambridge attended the opening of the Manchester Arena memorial yesterday, which honored the lives of 22 people who were killed during the May 2017 bombing. William offered moving remarks on the occasion, offering reassurance and support to survivors and members of the victims’ families, and recalling his own grief at the loss of his mother, Princess Diana.

During the private event, William offered some words of comfort to those in attendance, and reflected on how the loss of his mother has shaped him. “As someone who lives with his own grief, I also know that what often matters most to the bereaved is that those we have lost are not forgotten,” William said. “There is comfort in remembering,” he continued.

“In acknowledging that, while taken horribly soon, they lived. They changed our lives. They were loved, and they are loved.” The memorial features a beautiful white marble halo, with mementos honoring those who lost their lives. At the event, a family member who lost their loved one commended William’s remarks. “I think what William said about the meaning behind it — he understands the importance of these places,” Stuart Murray, whose stepson Martyn Hett tragically lost his life at the Manchester Arena, said of William’s speech.

William and his brother Prince Harry always find thoughtful, touching ways to honor their mother’s memory. Not too long ago, William reminded one young boy who also lost his mother that “it gets easier” as time goes by. Still, there’s no one who will ever replace the space Princess Diana and her memory continues to occupy in William and Harry’s hearts. And William’s latest remarks are just another example of how the two princes continue to feel their mother’s absence, while finding ways to honor her memory.

For years, Inspector Ken Wharfe was one of Princess Diana’s closest confidants. The late Princess of Wales’ former bodyguard offers an intimate account of the famous royal’s life in Diana: A Closely Guarded Secret. The memoir features new insight into what we thought we knew about Princess Diana, with unfiltered anecdotes and reflections on her life through Wharfe’s eyes.