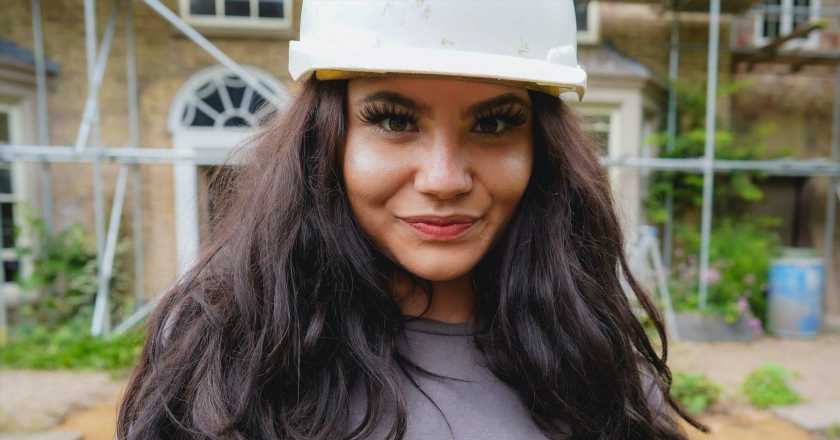 The female bricklayers in BBC Three’s heartwarming new docuseries Brickies will win your over with their grit, humour and determination to make it in a man’s world.

The new six-part series follows several young bricklayers of all abilities as they travel the country to work on new housing development sites in Stoke-on-Trent, Northampton, Nether Heage and Ripley, as well as charting the brickies’ personal endeavours as they develop their own career ambitions and change the lives of both themselves and those around them.

Life And Death In The Warehouse: this devastating miscarriage scene is inspired by a warehouse worker’s true story

Bricklaying, as we learn in the first episode, is not for the faint of heart. You need thick skin to withstand the jokes and jibes on-site, a calm head to work under tight deadlines and physical strength to carry you through a back-breaking day laying bricks. With greater demand for affordable housing, the industry is booming right now, and as the young recruits attest, there’s serious cash to be made on-site – the more bricks you lay, the more you get paid.

While the series features a cast of lovable characters, it’s the female brickies who’ll capture your heart with their grit, humour and determination to make it in a male-dominated industry.

BBC Three’s Brickies follows a group of young bricklayers, including Jeorgia and Molly

Early on in the series, we meet 23-year-old Jeorgia from Wales, who is following in the footsteps of her bricklayer dad. Ambitious and good-humoured, she hopes to realise her dream of buying a new car and is well on her way to achieving that goal as one of the best brickies on the Stoke site.

Dealing with the stress of working away from her home and family for the first time in her life brings its own unique challenges, and we see Jeorgia navigating the pressure of making mistakes and falling behind schedule. The series also reflects the difficulties faced by the construction industry, such as a national mortar shortage which threatens to grind production to a halt.

There’s also effervescentnewcomer Molly, who is used to working on smaller private jobs but is now embarking on a bigger challenge on a new housing development in Northampton. A larger-than-life character who is constantly cracking jokes, she describes herself as “the only brickie you’ll ever meet with hair extensions and fake eyelashes”.

“You go on my Instagram and you see Molly in a hot tub,” she tells the cameras. “Well, it’s a load of bullshit really! The real me is me watching Netflix in a baggy jumper with a bean stain on it.”

Jeorgia and Molly are two of a small number of female bricklayers in England. According to data from the Office for National Statistics, women make up just 12.8% of workers in the construction industry, while research by the Chartered Institute of Building suggests that a shocking 2% of women in the industry work on-site. Black, minority ethnic and disabled employees were found to make up just 6% of the workforce.

Speaking about her path into bricklaying, Jeorgia told the BBC that being a woman on site requires resilience.

“It was a bit scary at first to be the only woman,” she recalled. “But you have to not care. Just have the confidence that you want to do it and people start respecting you. People realise you’re there to do the task and work hard.”

“A lot of people I know have been to uni and got the qualifications but are still struggling to find a job and are in debt,” she added. “People think going to uni means you’ll do well, but I’m already earning good money. I can do less than 35 hours a week and earn twelve-hundred quid [per week].”

With a stark lack of gender diversity in the industry, Brickies provides perhaps no better representation right now that women can forge a successful career in construction on their own terms. We’d highly recommend you give it a watch.

Brickies is available to watch on BBC iPlayer now.