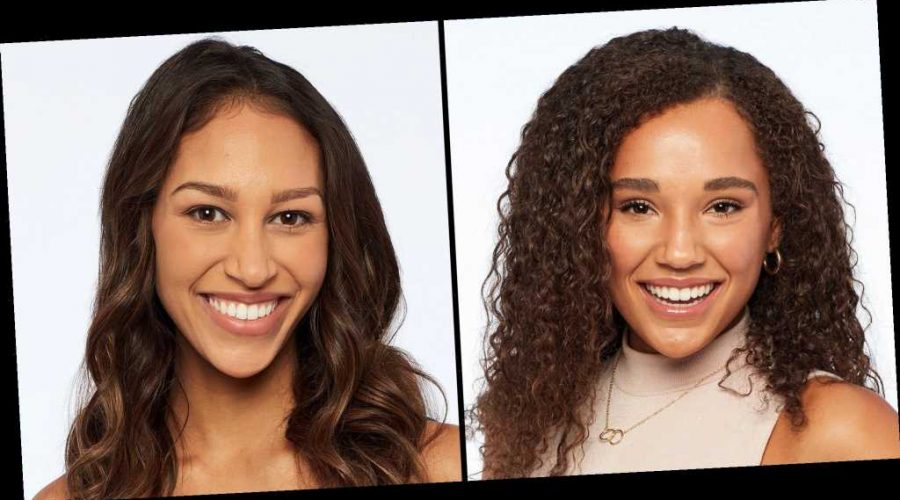 “Let’s get to know the wonderful @pieper_jamess a bit more!” the official website from the producers of the ABC show tweeted on Thursday, March 18, alongside a link to a story titled: “20 Questions with Serena Pitt: Get to Know the Bachelor Nation Star a Bit Better!”

Pieper, 24, replied, ”I mean @serena_pitt is beautiful and I would be glad to be mistaken for her but come on @bachnation not all multiracial people look the same.”

Bachelor Nation subsequently apologized to both Pieper and Serena, 23.

“Pieper and Serena, we sincerely apologize for the error in our previous tweet, in which Pieper was accidentally tagged to a feature on @serena_pitt,” the tweet read. “Was caused by a typo in our scheduling system for a future post. We appreciate you holding us accountable.”

The two women competed for Matt James’ heart on season 25 of The Bachelor, which concluded on Monday, March 15. While Pieper was eliminated ahead of the hometown dates, Serena quit after Matt, 29, met her family on the show. In the end, the former football player picked Rachael Kirkconnell over Michelle Young. Fans learned during Monday’s After the Final Rose, however, that Matt ended their relationship while the series was airing after the 24-year-old graphic designer’s past racially insensitive actions resurfaced.

“As someone who grew up in the South, it takes me to a place that I don’t often like to think about. I wasn’t OK. It was in that moment and the conversation that I had, that Rachael might not understand what it means to be Black in America,” Matt said on After the Final Rose, referring to Rachael attending an “Old South”-themed party on a plantation in 2018. “It’s heartbreaking. If you don’t understand that something like that is problematic in 2018, there’s a lot of me that you won’t understand. It’s as simple as that. … You know what was a long time ago? Plantations.”

Rachael, who apologized twice ahead of After the Final Rose, admitted she was “blindsided” by the split. She has since asked fans to stop “attacking” Matt for his decision.

“Some of the things I’ve seen being said to and about Matt are repulsive,” the Georgia native wrote via Instagram Stories on Wednesday, March 17. “I respect the decisions that Matt has had to make during this experience. If you are directing hate towards him, please stop. Recognize someone’s humanity and think about the impact your words have.”

The franchise’s longtime host, Chris Harrison, also came under for his defense of Rachael last month. As a result, he didn’t host After the Final Rose and former Bachelorettes Tayshia Adams and Kaitlyn Bristowe have been tapped to guide season 17 star Katie Thurston on her journey. After the finale, fellow season 25 contestant Bri Springs opened up exclusively to Us Weekly about the changes the show needs to make moving forward.

“I think a lot of us could agree, or at least me personally, that it was a missed opportunity for the show to tackle much larger conversations and issues. And so I have been disappointed by that,” Bri, 25, said on Us’ “Here for the Right Reasons” podcast. “And I’m saying it was mentally draining because I think about, you know, the pain that’s had to happen and the mistakes that have happened in order to get us to this point and it’s just a reminder of how much further we have to go. … I’m hoping that we can all take lessons away from the season and move forward.”

03/19/2021 Entertainment Comments Off on Pieper Claps Back After Being Mistaken for Serena P. by 'Bachelor' Account
Recent Posts