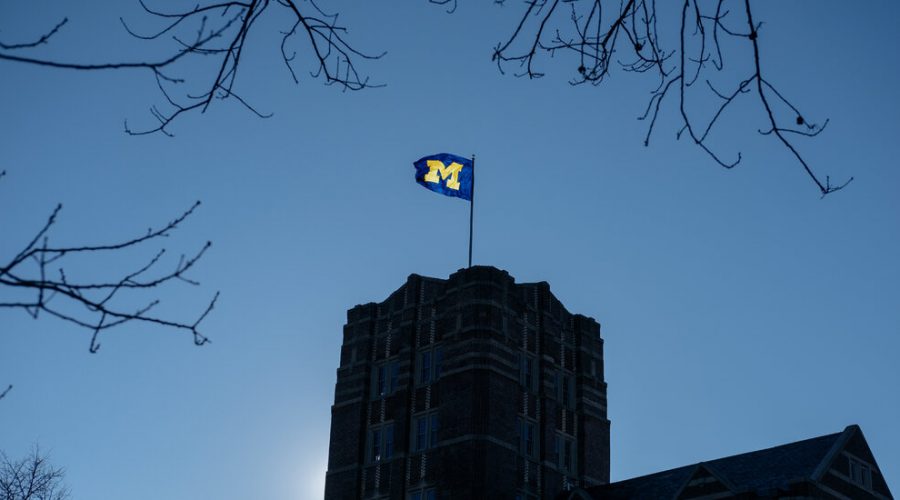 During 16 years teaching at the University of Michigan, Bruce Conforth stocked his lectures with tales from a life filled with boldfaced names: He had rubbed elbows with Bob Dylan, played music alongside B.B. King, apprenticed for the abstract expressionist Willem de Kooning and befriended the poet Allen Ginsberg.

Students clamored to enroll in his courses on blues music and the American counterculture, later raving about how he had changed their lives.

A musician, scholar and founding curator of the Rock & Roll Hall of Fame, Mr. Conforth was a riveting lecturer who, in his trademark black vest and jeans, could discuss everything from Buddhism to psychedelics, and who, in 2012, was chosen teacher of the year by students.

“There was almost a celebrity-like aura around him,” said Amelia Brown, who took a Conforth class called “Beatniks, Hippies and Punks” in 2016. “It wasn’t a normal class. He would go on these long tangents about life and spirituality.”

But there was a dark side to Mr. Conforth, according to Ms. Brown and other women who said the teacher used his charisma and, sometimes, Svengali-like manipulation to sexually harass his students. 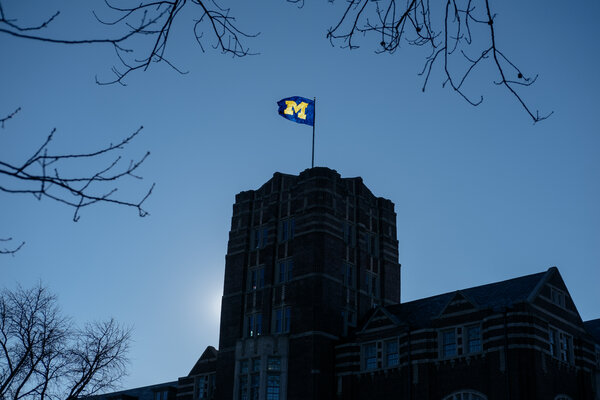 In 2008, one recent graduate complained to the university that Mr. Conforth, a lecturer in the American Culture Department, had propositioned her when she was a student. The university put him on formal notice but quietly resolved the complaint. Two more women came forward, though, in 2016, to report that Mr. Conforth had worked to engage them in sexual relationships when they were his students, and, in the midst of the university’s investigation, he agreed to quietly leave his faculty position.

Now six former Michigan undergraduates — the three women who previously complained and three others — have filed court papers announcing their intention to sue him and the university, asserting he engaged in a litany of sexual misconduct and the school failed to protect them.

Ms. Brourman says, according to the court papers, that Mr. Conforth pressured her into a series of sexual encounters, some of them in his campus office, and later, after she had graduated, raped her in his Ann Arbor apartment.

A second former student, Ms. Brown, said she was pressured into a sexual encounter with Mr. Conforth after he told her he had feelings for her and pursued her for several weeks. A third woman said he aggressively kissed her. The other plaintiffs say Mr. Conforth propositioned them to have sexual relationships, at times sending them sexually-charged messages or emails and persisting even after they said no. One woman said he gave her a raccoon penis, suggesting it was a talisman.

Mr. Conforth declined to discuss the accusations. “I’ve tried to move on with my life,” he said in a brief phone conversation. “This is a past issue.”

The university said it handled the 2008 complaint against Mr. Conforth appropriately and set firm restrictions on his behavior. When the subsequent complaints came in, it said it took swift action to investigate and that Mr. Conforth would have faced dismissal proceedings if he hadn’t agreed to retire in early 2017.

“You will note in the separation agreement that the university took immediate and lasting action to assure that Mr. Conforth would not be in any further contact with U-M students, even after his employment ended,” a university spokesman said.

Sexual misconduct allegations at universities across the country have sparked calls for policies that hold faculty and student offenders accountable. Last year, Michigan fired David Daniels, an opera star and voice professor, after he and his husband were charged with sexually assaulting a singer.

Also last year, the university reached a $9.25 million settlement with women who accused Martin Philbert, then the school’s provost, of sexual harassment.

The university said it is constantly working to improve its sexual misconduct policies in a statement that cited a number of changes it has made in recent years.

Mr. Conforth arrived at Michigan in 2001 with a doctorate in ethnomusicology from Indiana University and a résumé that included his work as the founding curator with the Rock & Roll Hall of Fame and Museum in Cleveland, which he left in 1993.

Since leaving Michigan, Mr. Conforth, 70, has co-written an award-winning biography of the blues singer and guitarist Robert Johnson and helped narrate a Netflix documentary about the musician.

While at Michigan, Mr. Conforth was so popular that students chose him as the winner of the “Golden Apple” teaching award in 2012.

But four years earlier, Katherine McMahan, a recent university graduate, had told the school about a disturbing incident the previous fall. Ms. McMahan, then 22, said she had attended a blues concert connected to Mr. Conforth’s course and, at a bar after the concert, she said he cornered her outside the bathroom, put his hand around her waist, pulled her closer to him and asked her to come home with him to sleep over. She said she declined but that he persisted until she pushed him away. (Ms. McMahan is a New York Times employee who works outside the newsroom).

Ms. McMahan later received an email from a Michigan official that said the university was taking steps that “it feels are likely to deter future behavior of this nature towards students.” University records, obtained through a Freedom of Information Act request, show that after McMahan’s complaint, the school had Mr. Conforth sign a “Last Chance” agreement, which stipulated requirements he would need to fulfill to avoid termination.

Lauren Lambert, who said she plans to join the intended lawsuit, said that starting in 2011, while she was his student and afterward, Mr. Conforth sent her sexually charged messages, saying he had fantasies about her.

Two women said that as part of the effort to engage with them sexually, Mr. Conforth had employed the ruse of suggesting he was a member of the so-called “Order of the Illuminati,” a secret society whose mysteries were popularized in Dan Brown’s novel “Angels & Demons.” The women, Ms. Brourman and her friend, Maya Crosman, said they believed he was responsible for emails they received, purportedly from Illuminati leadership, that recommended they engage in relationships with Mr. Conforth, whom the emails called the “Chosen One.”

Ms. Crosman kept a copy of one of the emails — sent from an email address designed to be anonymous — in which a person who identified themselves as Grandmaster Setis recommends she return the “intensely profound love” that Mr. Conforth had for her.

The women said they thought Mr. Conforth had the potential to be a kind of spiritual and artistic mentor, but then things grew strange. In legal papers filed in a Michigan court, Ms. Brourman said Mr. Conforth invited them to an arboretum on campus where he engaged in a mysterious ritual that involved cutting off pieces of their hair and giving Ms. Brourman a series of objects, including the raccoon penis, seeds and some kind of medallion. She was warned to keep them with her, or there would be “repercussions,” the court papers said.

Both women said they received what appeared to be homemade horoscopes in which it was predicted they were romantically compatible with Mr. Conforth.

Ms. Crosman said Mr. Conforth inundated her with messages online, declaring his love. One included a Pablo Neruda poem that said, “I crave your mouth, your voice, your hair.” At the end of the semester, she said he forcibly kissed her and stuck his tongue in her mouth during a visit to his office.

The two women said they feared reporting their encounters to the university at the time.

The court papers say Brourman felt intimidated by the strange emails she received, including ones that directed her to “service” Mr. Conforth. In 2014, she said they had a sexual encounter in his office on campus. After that encounter, Ms. Brourman and Mr. Conforth met regularly for “spiritual lessons” that required sex beforehand, the papers said. Ms. Brourman said in an interview, that at the time, she was confused and thought she might have feelings for Mr. Conforth, but in retrospect, she said she recognizes that she was being manipulated.

In fall 2017, after she had graduated, Ms. Brourman said in court papers that Mr. Conforth raped her at his apartment in Ann Arbor. She did not report it, she said, because she feared retaliation, but in February filed a complaint with the police.

The two women whose complaints played a role in Mr. Conforth’s departure from Michigan approached the university after learning about each other’s accounts. Shaina Mahler had been 22 in 2014 when she said Mr. Conforth, her favorite teacher, began sending her messages on Facebook. She was flattered at first, but then the messages escalated into expressions of how attracted he was to her.

When Ms. Mahler told him that she was starting to feel “confused and anxious” about his messages, Mr. Conforth apologized and said they could be friends, writing, “Please please don’t ruin my life here.” But a few days later, Mr. Conforth sent her more sexually charged messages, saying he wanted to “kiss” and “touch” her, according to court papers.

Ms. Mahler let it slide until two years later, when she spoke with Ms. Brown, who recounted a nearly identical experience of being pursued by Mr. Conforth. Ms. Brown, then 21, told him several times his advances were “inappropriate,” according to notes taken by a Title IX coordinator who interviewed her. But one day in his office, when he insisted they hug, they ended up kissing too, she said.

That semester, their interactions escalated into a sexual encounter in his office, and Ms. Brown told the coordinator that, at first, she believed it was consensual. She acknowledged having feelings for Mr. Conforth but told the coordinator that she quickly became anxious and conflicted after their sexual encounter. She soon recognized, she said, that she had been manipulated, especially after learning from a friend — another student in his class at the time — that Mr. Conforth had left a note for her saying that he found her attractive.

Ms. Brown and Ms. Mahler reported their interactions with Mr. Conforth to the university at the end of 2016 and he retired shortly thereafter.

The university said its policy is to share the school's investigative findings with complainants and that it could not comment on individual cases. But both of the women said that the university did not alert them to the outcome of its review until last year, when Ms. Mahler said she checked in after hearing complaints from other women.