Motherhood is not hot ― yet.

Hotel heiress Paris Hilton, 40, denied pregnancy rumors Tuesday on her podcast “This is Paris” after Page Six reported she was expecting her first child with fiancé Carter Reum.

The “Cooking with Paris” star told fans that she is “sick of people making up things,” and that she wanted to get hitched before having any children.

“The only thing in the oven at the moment is my ‘sliving’ lasagna,” Hilton said, referring to a dish from her YouTube cooking channel. Fans shouldn’t always believe what they read online, she added.

“I also woke up to about 3,000 texts. All my iPhones are blowing up — all five of them. Everyone wishing me congratulations and so happy for me,” Hilton said.

“Heard from people I haven’t heard from in years!”

After joking that she is expecting triplets, she said:

“I’m just kidding. I am not pregnant. Not yet. I’m waiting until after the wedding.” 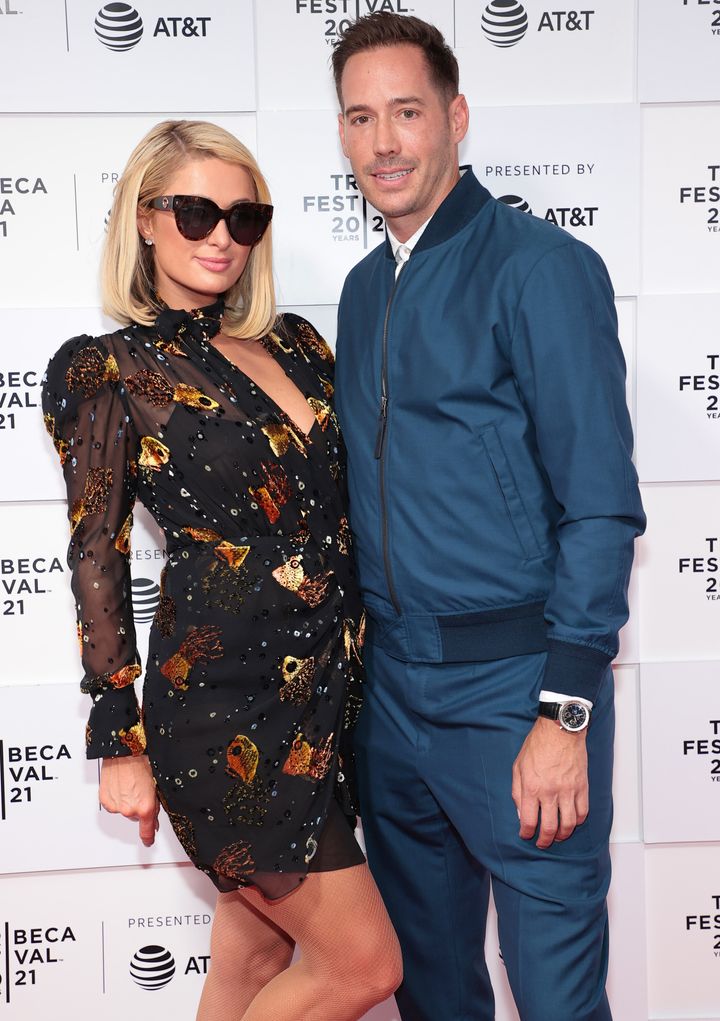 Hilton revealed on the  “The Trend Reporter with Mara” podcast in January that she had been undergoing in vitro fertilization treatments. The month after that, she announced that Reum had popped the question on a private island during her birthday celebration.

“When you find your soulmate, you don’t just know it. You feel it,” wrote Hilton in the caption of her Instagram post. She added:

“There’s no one I’d rather spend forever with. ✨”

A month before they got engaged, the former reality star spoke openly about her “dream guy” Reum and their hopes for the future.

“We talk about [planning a wedding] all the time and planning our baby’s names and all of that,” she said on the “Trend Reporter” podcast.

Hilton told Vogue in February that Reum was “absolutely worth the wait!”