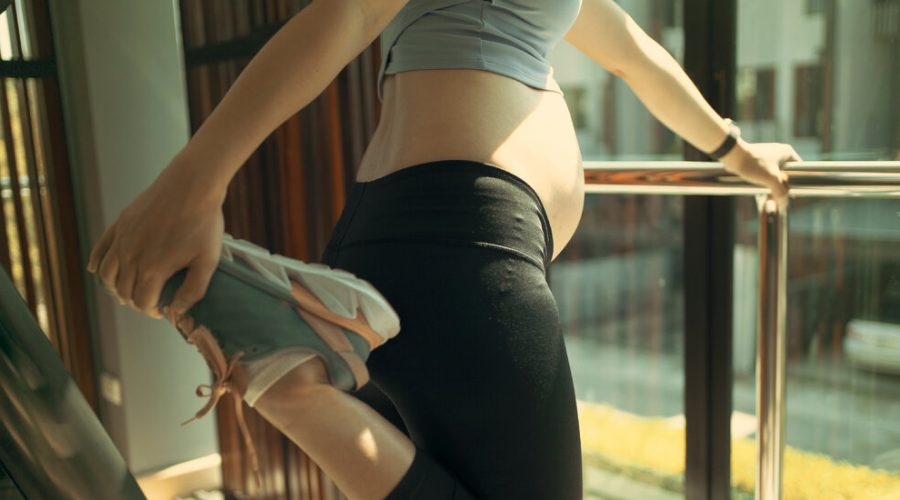 The lifestyles of soon-to-be mothers and fathers could shape the health of their unborn offspring in lasting ways, according to a surprising new animal study of exercise, diet, genetics and parenthood.

The study found that rodent parents-to-be that fatten on a greasy diet before mating produce offspring with sky-high later risks for metabolic problems. But if the mothers stay active during their pregnancies, those risks disappear.

The study involved mice, not people, but does suggest that when a mother exercises during pregnancy, she may help protect her unborn children against the unhealthy effects of their father’s poor eating habits, as well as her own. The findings add to our growing understanding of the ways in which parents influence children’s long-term health, even before birth, and suggest how physical activity during pregnancy might help to ensure that those impacts are beneficial.

Researchers have known for some time that parents, and especially mothers, begin influencing the health and behavior of their offspring well before conception. Studies involving both animals and people show that mothers with diabetes, obesity, insulin resistance or other metabolic problems before pregnancy tend to have babies with a predisposition to those same conditions as adults, even if the offspring follow healthy lifestyles. Mothers who are lean and physically active during pregnancy, meanwhile, tend to have children who, as adults, are active and metabolically healthy.

A hefty percentage of these differences are a result, no doubt, of nurture, since children readily adopt the diet and exercise habits of their parents. But some proportion of babies’ metabolic futures seem hard-wired, built into them as they develop in the womb, through a process that scientists call metabolic programming.

Metabolic programming is complex and still only partially understood, but involves the inner workings both of the womb and of parental DNA. Some aspects of the environment inside the womb can change, depending on a mother’s health and lifestyle, affecting the development of organs and biological systems in the fetus.

Ditto for parental genetics. The operations of certain of our genes shift in response to our diets, exercise habits, metabolic health and other lifestyle factors. These shifts, which are known as epigenetic changes, become embedded in our DNA and can be passed along to the next generation by mothers or fathers.

In this way, metabolic problems can be inherited, propagating across generations.

But there are hints that physical activity snips this cycle. In past rodent studies, if the soon-to-be parents ran before mating, they typically produced offspring without heightened risks for diabetes or obesity, even if the parents themselves experienced those conditions.

Most of these studies focused their attention on the impacts of the mothers’ health and habits, though. Less has been known about how a father’s metabolic health changes his children’s long-term metabolic prospects and whether a mother’s activities during pregnancy might counter any negative outcomes from a father’s way of life.

So, for the new study, which was published in March in the Journal of Applied Physiology, scientists at the University of Virginia School of Medicine and other institutions first gathered a large group of mice. Some of the animals, male and female, were allowed to gorge on a high-fat, high-calorie diet, inducing obesity and metabolic problems, while others remained on normal chow, at their usual weight.

Next, the mice hooked up, with obese animals of both genders mating with normal-weight mice, so that, in theory, one parent in each pairing could bequeath unhealthy habits and metabolism to the young. A few normal-weight animals without metabolic problems also mated, to produce control offspring.

Finally, some mothers, including the obese, jogged on little running wheels throughout the resulting pregnancies, voluntarily covering up to seven miles a week in the early stages of their three-week gestations.

Afterward, the researchers tracked the metabolic health and underlying genetic activity of the offspring, until they reached adulthood. This second generation ate normal chow and led normal, lab-mouse lives.

Many, though, developed multiple metabolic problems as adults, including obesity, insulin resistance and other disruptions of their blood-sugar control. These conditions were most pronounced in the male children of obese mothers and in both the male and female children born to obese fathers.

Interestingly, the underlying genetics of their conditions differed by parental gender. Mice born to obese mothers displayed unusual activity in a set of genes known to be involved in inflammation. Those born to obese fathers did not.

In other words, the genetic legacies from mothers and fathers “operate through different biological pathways,” says Zhen Yan, a professor of medicine and director of the Center for Skeletal Muscle Research at the University of Virginia School of Medicine, who oversaw the new study.

Perhaps most important, though, when the mothers ran during pregnancy, their children showed almost no undesirable metabolic outcomes as adults, whether the mother or father was obese. These offspring, metabolically and genetically, remained indistinguishable from animals born to healthy parents.

Of course, this was a rodent study and we are not mice, so it is impossible to know if we — as mothers, fathers or offspring — respond similarly to diets and exercise, or if the effects are amplified when both parents are affected. The study also does not show if it is obesity or a high-fat diet that most drives intergenerational harms or what the ideal timing, types and amounts of exercise might be by either mom or dad, to combat those effects.

Dr. Yan says he and his colleagues plan to investigate those questions in future experiments. But already, the current study and other research suggest, he says, that physical activity, before and during pregnancy, and by both the expectant mother and father, “should absolutely be encouraged.”

04/28/2021 Entertainment Comments Off on Parents’ Diet and Exercise Habits, Even Before Birth, May Contribute to Child’s Well-Being
Recent Posts