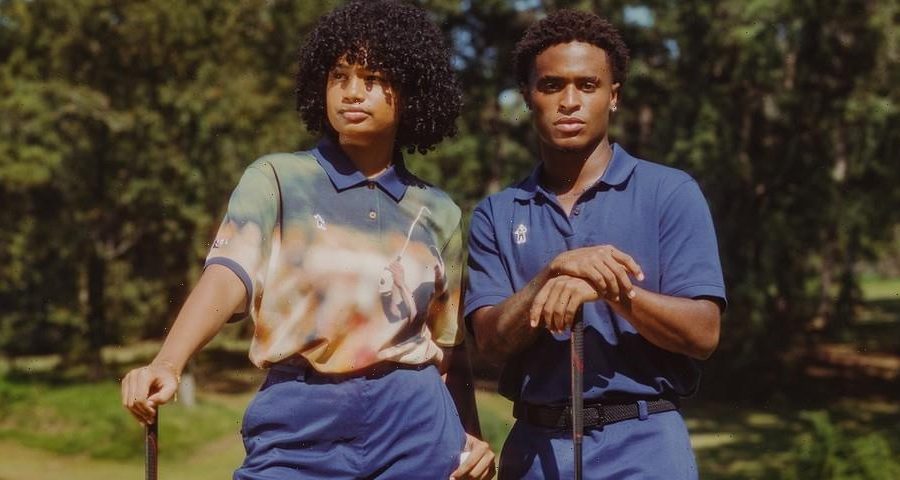 Eastside Golf co-founder Earl Cooper wants you to know that he’s been in the golf industry for years. And what’s become lost in the conversation around making golf appeal to twenty-somethings is that, to Cooper and Eastside Founder Olajuwon Ajanaku, golf has always been cool. Eastside has made a splash over the last few years in an evolving golf landscape with its bold designs that draw heavily from streetwear and basketball culture, including a fresh take on the Jordan 4 “White Cement” that met widespread fanfare.

The two met as teammates on the Morehouse College golf team where they won a National Championship and then remained friends as their careers followed a similar trajectory. While Cooper went in an instructional direction and has been ranked among the top young teachers in America by Golf Digest, Ajanaku has designs on competing professionally alongside his role as Founder and Creative Director of the brand.

Cooper notes to Hypegolf that Eastside is a brand born out of Ajanaku’s unique relationship with the game. The company’s recognizable logo, a Black man hitting a golf shot with a large Cuban links chain swinging away from his body, represents Olajuwon and his vision of where he sees the game heading.

“[Olajuwan] was just going to create a logo to put on his polo and on his bag,” says Cooper. “And I saw the logo and I’m like, ‘Hey, you should put it on a shirt.’…And then even when you think of diversity, you think of Tiger Woods, right? You got Tony Finau out there, you got Cameron Champ, but you’ve never just seen someone out there swinging with a gold chain and blue jeans.”

“Most people that have worn Polo Ralph Lauren have never played polo a day in their life…But it’s never stopped us from buying a Polo.”

The Eastside logo stands out amidst a sea of minimal spell out logos popular with many new golf brands. Cooper likens it in form to the iconic Polo Ralph Lauren horse emblem, and hopes with time it will have a similarly ubiquitous influence.

“Most people that have worn Polo Ralph Lauren have never played polo a day in their life,” Cooper says. “They may not even know anyone that’s played polo. Right? But it’s never stopped us from buying a Polo. And so when you think about it from that perspective, we have an opportunity to be the same.”

Thematically and conceptually, the “Out of the Mud” and “Red Clay” collaborations draw from Ajanaku’s early experiences in golf. As a kid growing up in Atlanta, he recalls waiting for the bus to the golf course where his shoes would get covered in Georgia’s famous red clay. This rich color is used throughout the entire capsule, including on the AJ12 Retro with its red clay splatter graphic and outsole. While nominally a golf shoe, the AJ12 Retro is a basketball shoe in form and function. Cooper hints that the 12’s could make an appearance on the hardwood soon, which would make them the first “golf shoe” to be worn in an NBA game.

This way of thinking is central to the collaboration with Jordan, a brand whose logo also has appeal well beyond its sphere, because some of Eastside’s biggest moments thus far have come off the course rather than on it. Since Eastside launched in 2020, numerous prominent Black athletes like Zion Williamson, Jason Tatum, Patrick Mahomes and Kyle Kuzma have gravitated towards the brand. But it all started with Chris Paul, who was photographed wearing the brand’s Staple Sweatshirt in the summer of 2020 when boycotts were taking place in the NBA over issues of racial injustice. It was a poignant coming out moment for Cooper and Ajanaku given Eastside’s proud position as one of the few black owned golf brands in the industry.1 of 3 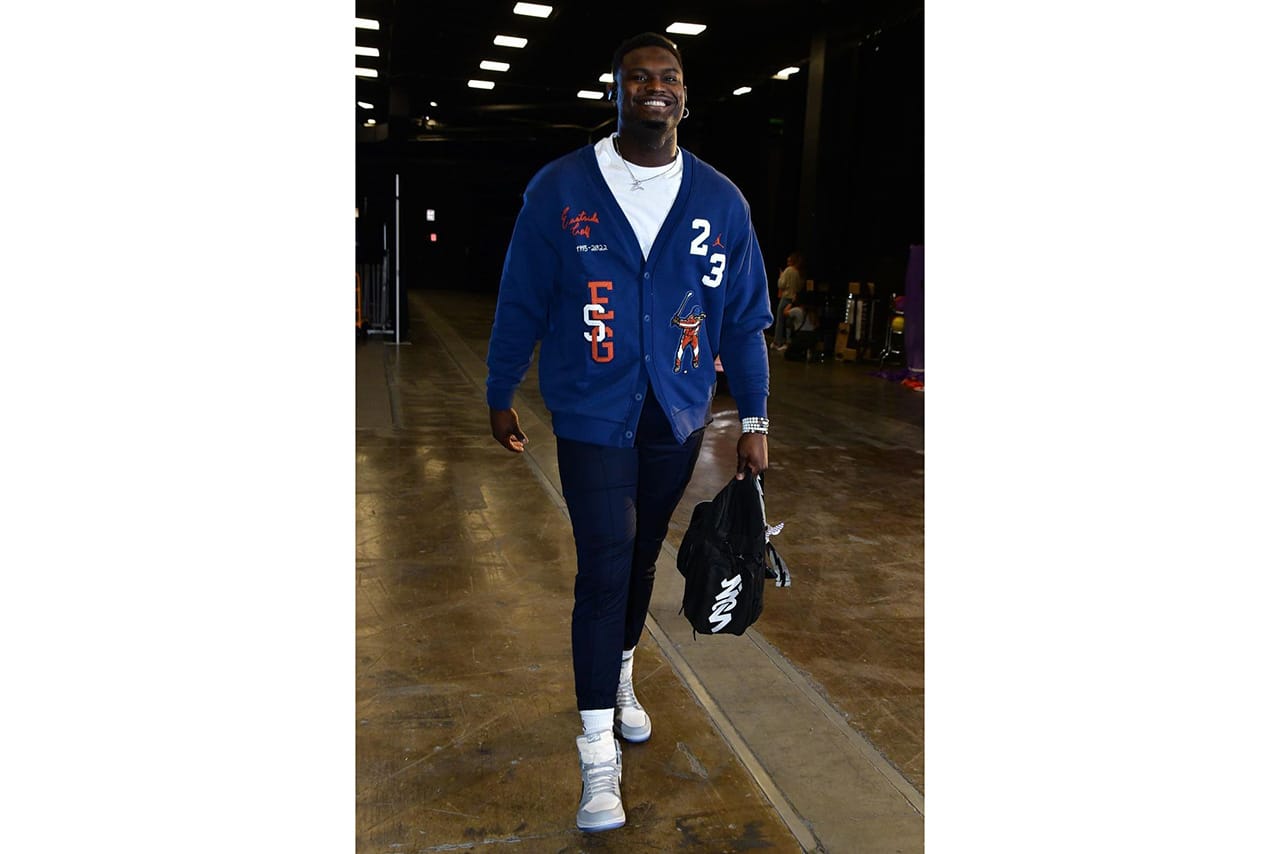 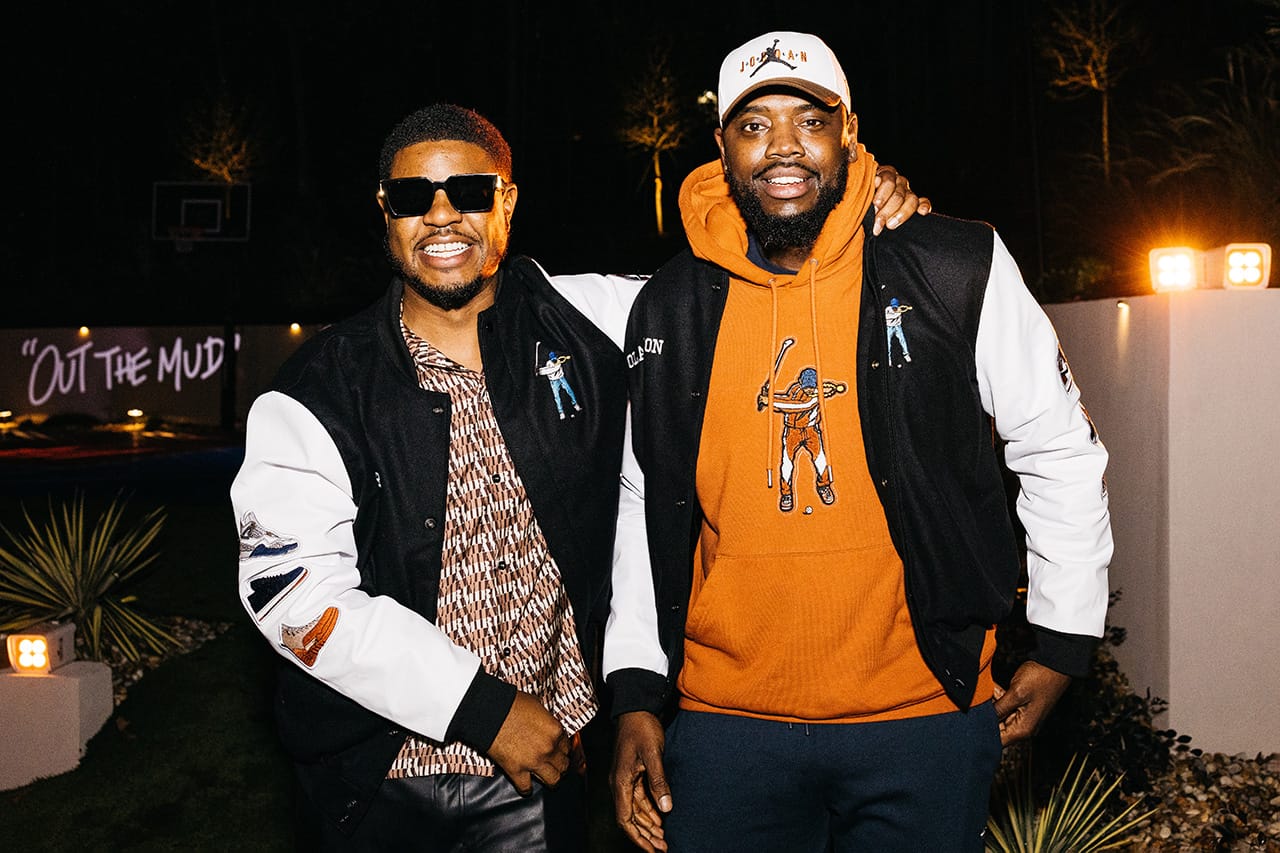 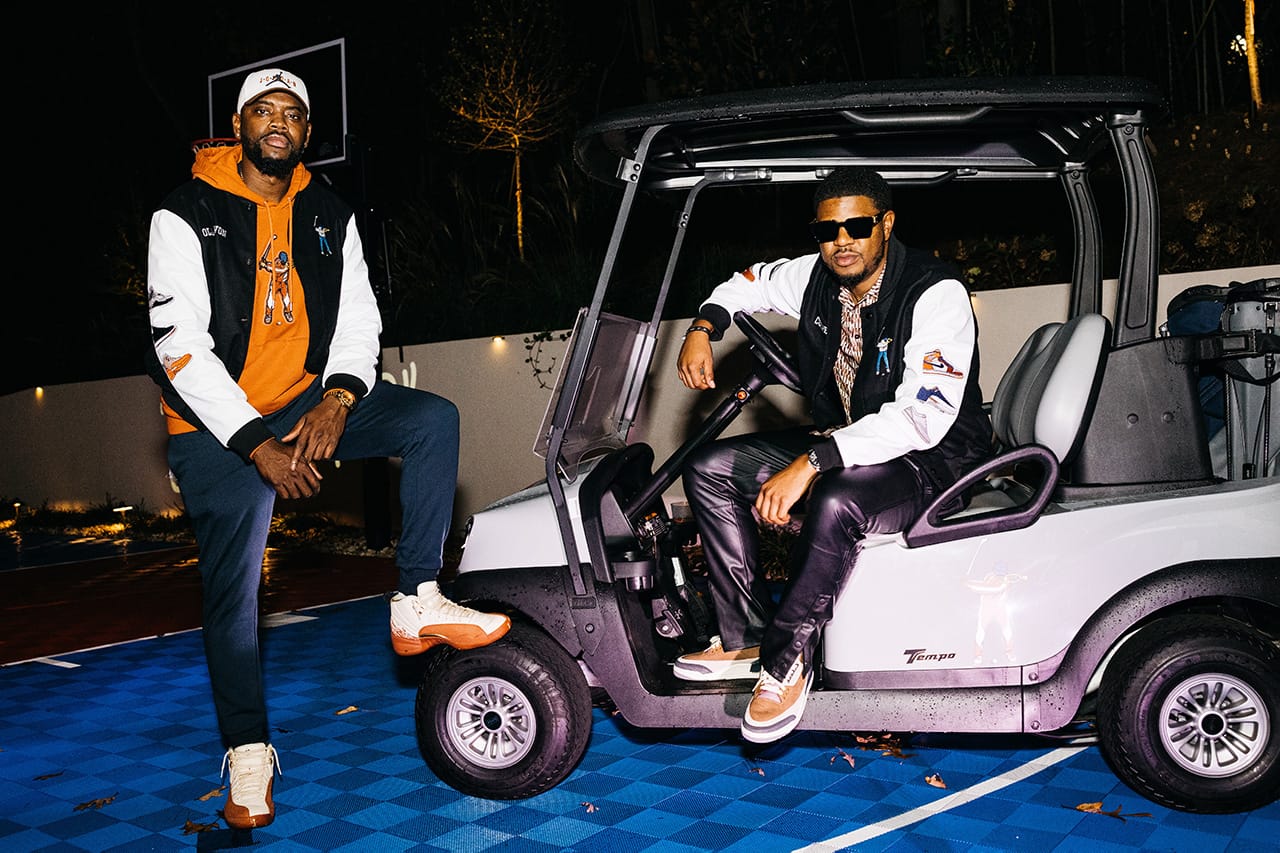 And as a brand still in the early stages of growth, the exposure that a collaboration with Jordan brand provides is invaluable. “We’ve never even asked anyone to wear our brand, whether it be an athlete or celebrity,” says Cooper. “A lot of it’s just super organic, but folks will just reach out or will come across somebody and they say, I love your stuff, and we send them some stuff, and then they just naturally wear it… Like even the Patrick Mahomes situation, here’s Patrick Mahomes wearing it on the day he’s getting inducted to the [Texas Tech] Hall of Fame. I mean for him to have it there, he’s holding his daughter, he’s there with his wife. I mean, it’s just a beautiful moment and we just feel blessed and honored for him to wake up that morning and decide to wear an Eastside Golf shirt.”

However, make no mistake that the Out of the Mud Collection was designed by golfers, and is intended to be worn by golfers. That’s why spiked footwear models like the AJ12 Low Golf and the ADG have been included in the range, as well as more traditional apparel staples like polos, cardigans and technical stretch pants. Ultimately, golf is still a sport that has certain dress codes, and to design an apparel line that doesn’t meet those would be a waste of time.

“But that’s the beauty in it, right?,” asserts Cooper. “Where it’s like, the beauty in it is the fact that when you do strike that balance, you have a little bit of something for everybody. And you’re not isolating yourself off from one market or the other. And it’s just making sure that you remain, I would say, non-traditional in probably one of the most traditional games.”

11/17/2022 Entertainment Comments Off on Out of the Mud and Into the Spotlight: How Eastside Golf's Jordan Collaboration Came to Be
Recent Posts