What would you like to see here? Email us at [email protected]

Hello! Welcome to your daily roundup of what’s going on in pop culture.

The TV gods have smiled on us, their lowly subjects, and finally “King of the Hill” is available to stream, on Hulu. Thirteen whole seasons of life in Arlen, Tex., and of Bobby Hill (voiced by Pamela Adlon), the sweetest animated 11-year-old you’re likely to find.

1. A last look at Orson Welles

It took decades to put together “The Other Side of the Wind,” the movie Orson Welles shot, but never completed, before his death in 1985. Manohla Dargis made it a Times Critic’s Pick, writing, “a vision of a film artist worn down by life — or fame or disappointment — emerges, though it would be a mistake to assume that Welles was making a self-portrait.” The stylized movie about a movie is finally on Netflix.

2. ‘Game of Thrones’ is coming

There are some great details in this Entertainment Weekly piece on the upcoming final season of “Game of Thrones,” not least of which is the revelation that Kit Harington cried twice during the cast’s table read, having refused to read the script ahead of time. Also, the season will have a battle scene that will make “the Battle of the Bastards look like a theme park.” 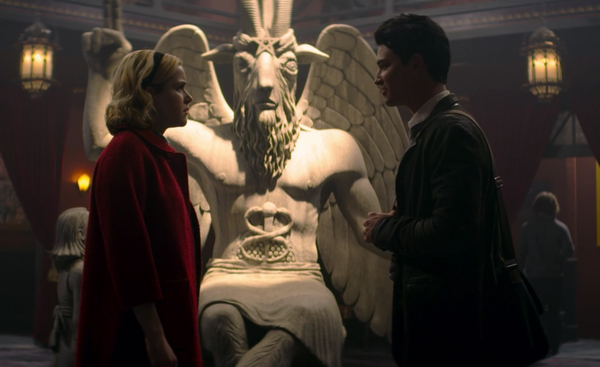 “The Chilling Adventures of Sabrina” takes the teenage witch into a darker and spookier realm. In fact, the real-life Satanic Temple is threatening a lawsuit over a statue in the show’s Academy of Unseen Arts that resembles the temple’s copyrighted design for a statue of Baphomet, a horned pagan deity. The Temple claims that the show infringed on its “intellectual property.”

“Sometimes, a supporting-actor route presents the easiest path to Oscar,” writes Kyle Buchanan, which can lead to an actor downplaying their role in a movie, a rare moment of Hollywood humility. Buchanan breaks down the scheming happening this year, and it’s a pretty fascinating read.

In very wonderful news, Ava DuVernay is working on a multipart Prince documentary for Netflix. It will cover the artist’s entire life, Variety reports, and Prince’s estate is in full support of the project. “Prince was a genius, a joy and a jolt to the senses,” DuVernay wrote on Twitter. “He was like no other. The only way I know how to make this film is with love and great care.”

I’m still thinking about this joyful and deeply surreal video of Tilda Swinton’s dogs frolicing on the beach to a Handel aria. Swinton co-directed this video, and the really good stuff starts around the four-minute mark.

11/05/2018 Entertainment Comments Off on Orson Welles’ Final Movie and More: 7 Things to Know From the Week in Pop Culture
Recent Posts