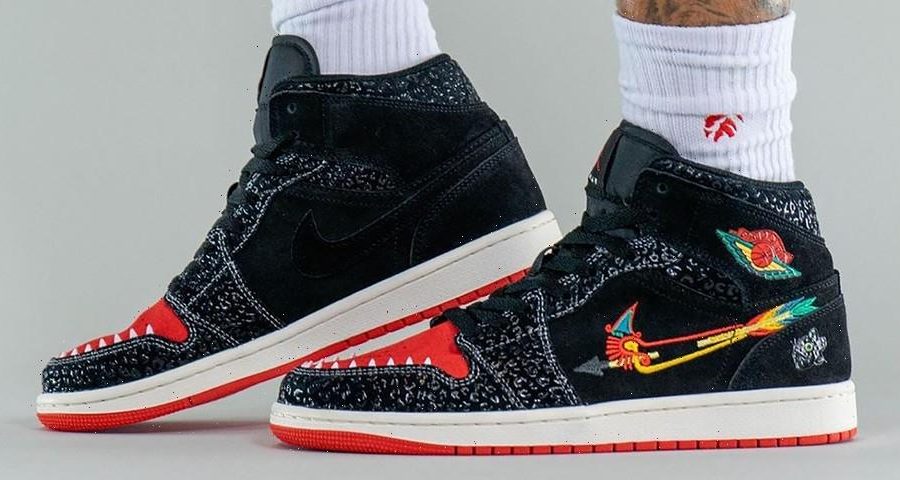 Every beginning of November marks the celebrations of Día de los Muertos, and this year, Nike and Jordan Brand will be honoring those of Mexican descent with special footwear releases. The latter will be introducing a festive take of the Air Jordan 1 Mid that vivid accents and striking imagery throughout the shoe’s upper build.

For this new installment, the ankle flaps, quarter panels and the lower heel overlays are all treated with stark black suede. Its secondary design element arrives by way of black and white safari-like patterns which adorn the collars as well as the overlays that surround the forefoot and the throat. The Swooshes on the medial side blend in with its suede backdrop while the lateral embellishments deviate with an arrow-like silhouette that mixes between vibrant yellow, orange and teal hues. The ball-and-wings logos also follow this same color cadence, while the abstract icons that are stationed on the lateral heels usher in more safari fillings. In addition, tooth-like furnishings pop up from the toe boxes and the tongue tabs feature bold red Jumpman logos and split between the word “Familia” on the right foot and “SiEMPRE” on the left.

Early reports have these dropping in October, but Nike has yet to confirm this.