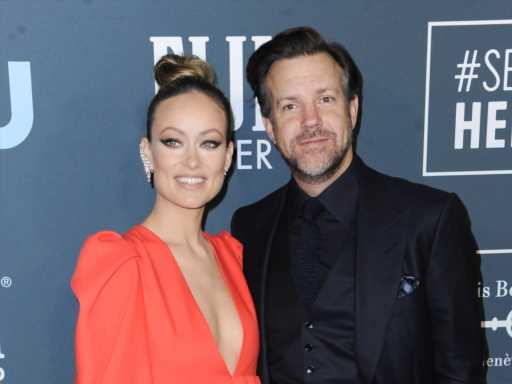 When two people split up after many years of being together, it’s tough to see the other person move on quickly. Such is the case for Olivia Wilde and longtime fiancé Jason Sudeikis. While Wilde has famously moved on to heartthrob Harry Styles, whom she met on the set of her new film Don’t Worry Darling, it appears as though Sudeikis is also bidding his relationship with Wilde adieu and has begun dating British model Keeley Hazell. According to a new source from The Sun, Sudeikis’ split from his ex is why he and Hazell have recently gotten so close. In fact, she’s already proving to be an inspiration on his new Apple TV show Ted Lasso.

Per the outlet, the Saturday Night Live star “turned towards” the model when Wilde was spotted getting cozy with Styles. The two have reportedly been platonic friends for years, having met on the set of Sudeikis’ film Horrible Bosses 2 in 2014. The source explained, “When Jason found out about his wife and Harry, Keeley was one of the people whom he turned towards. During this time he was understandably devastated, but she was brilliant and incredibly supportive.”

Although it’s still very early, chatting over dinner has transformed their relationship to the next level. “He invited her to join him for a dinner with mates in LA, and their flirty banter quickly set tongues wagging,” the insider said. While things are reportedly getting serious in Wilde’s own relationship, Sudeikis has made a subtle nod to his bond with his new lover and has sweetly named a character in Ted Lasso after Hazell.

Breakups are always difficult, so it makes sense that Sudeikis chose to confide in a friend he trusts. Still, their unlikely romance is not one we saw coming.