Warning: This story contains spoilers from the Friday, May 14, episode of High School Musical: The Musical: The Series.

Hope he meant what he wrote in that song about her! Olivia Rodrigo and Joshua Bassett stepped back into their roles as Nini and Ricky, respectively, on High School Musical: The Musical: The Series amid their offscreen drama.

Olivia Rodrigo and Joshua Bassett’s Drama: Everything We Know

The season 2 premiere of the Disney+ series, titled “New Year’s Eve,” at first found Nini and Ricky riding the high from their performances in East High’s production of High School Musical. He was more dedicated to their relationship, but she was hiding a big secret. 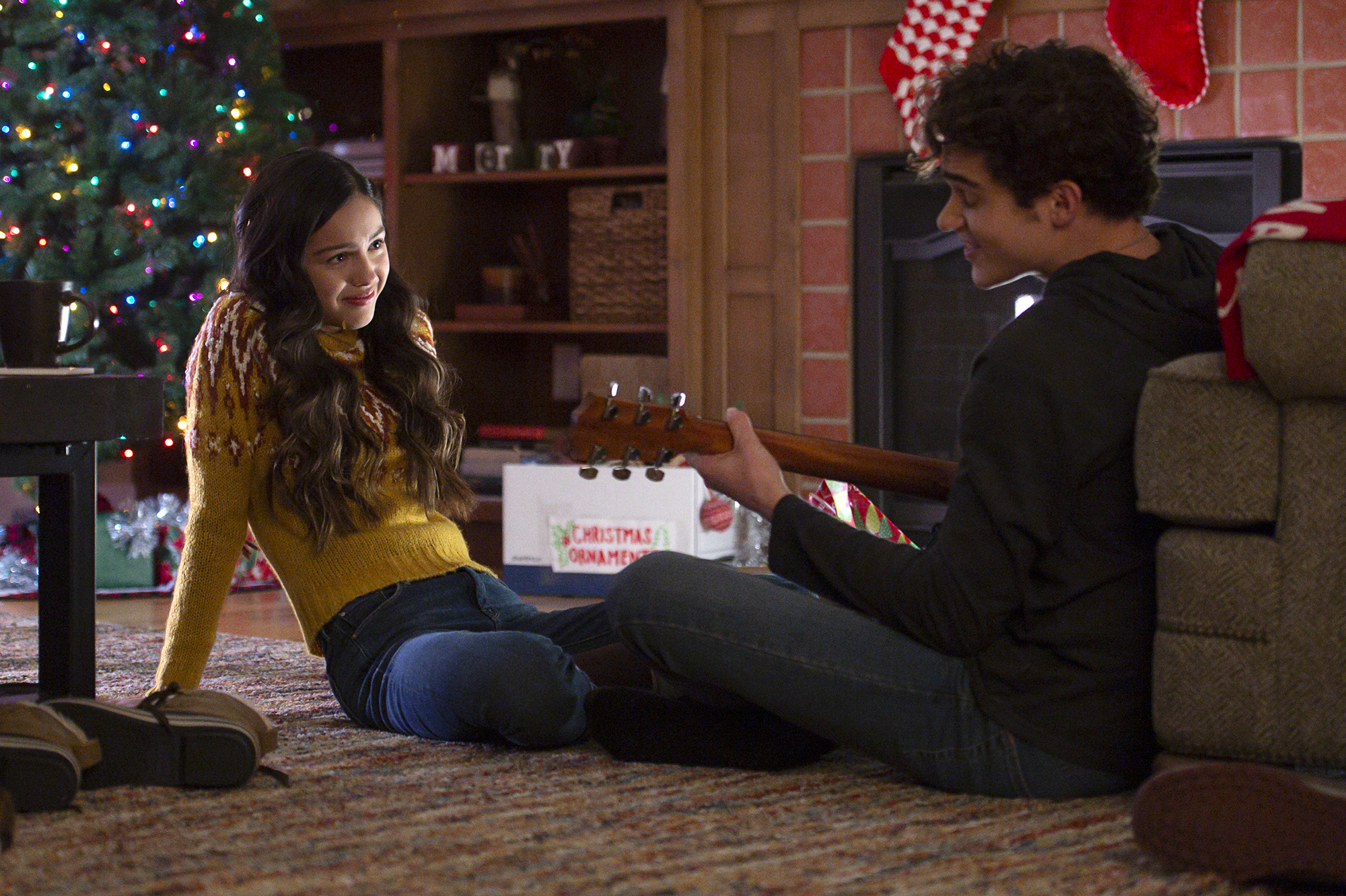 “We’re back, we’re better than ever, and I am never going to break up with Nini again, ever,” Ricky vowed. “I love her. I finally said it, and I’m never going to stop saying it. You know, good relationships are all about good communication.”

However, Nini could not find the right time to tell Ricky that she was moving. “I have not told Ricky that I’m leaving for Denver in T-minus 13 days on New Year’s Day. I got into the Youth Actor’s Conservatory,” she explained. “It’s a huge deal to me, but honestly, Ricky’s a huge deal to me too, so I’m totally lucky and totally screwed.”

Olivia Rodrigo: 5 Things to Know About the Singer

The couple then celebrated Christmas together. When it came time to exchange presents, she offered him a skateboard, while he sang “The Perfect Gift,” which he wrote for her. “Ricky, that was incredible. Harry Styles could never,” she gushed after his heartfelt performance. “No, I’m serious. It meant a lot, Ricky.” 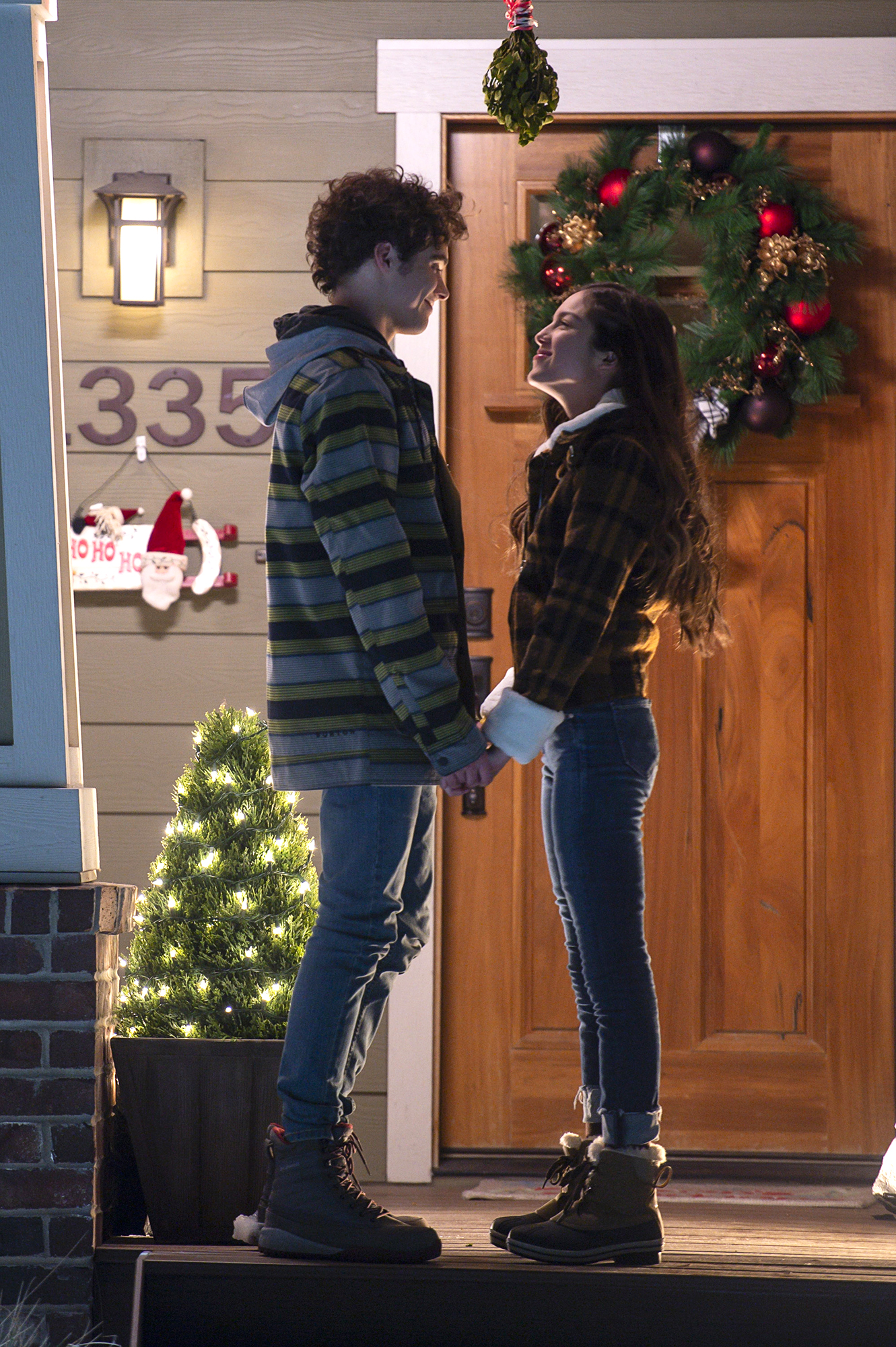 Ricky reiterated to Nini how important she was in his life amid his parents’ divorce, once again keeping her from breaking the news. “This — us — it’s, like, the one thing I can always count on,” he told her. “You’re my home.”

Meanwhile, the pair’s classmates speculated that the spring musical would be High School Musical 2. They even sang a medley of hits from the sequel — Ricky and Nini chose “You Are the Music in Me,” naturally — during their New Year’s Eve party.

Celebrity Exes Who Worked Together After the Breakup

Miss Jenn (Kate Reinders) ultimately threw everyone a curveball, announcing her choice as Beauty and the Beast instead of High School Musical 2. “I’m in if you’re in,” Ricky told Nini, at which point she blurted out in front of everyone, “Ricky, I’m moving to Denver.”

The premiere comes four months after Rodrigo, 18, debuted her No. 1 single, “Drivers License,” which fans speculated was about her real-life romance with Bassett, 20. Neither has ever confirmed that they dated.

The actress addressed the speculation surrounding the track in January. “I totally understand people’s curiosity with the specifics of who the song’s about and what it’s about, but to me, that’s really the least important part of the song,” she told Billboard at the time. “It’s resonating with people because of how emotional it is, and I think everything else is not important.”

Amid rumors of a feud between the costars, Bassett congratulated Rodrigo on the release of her single “Deja Vu” — also rumored to be about him — in April. “SUUUUUUPER late on this but!” he wrote via his Instagram Story. “I love this song so much @oliviarodrigo!!! The world better watch out for the album!!!!!”

05/14/2021 Entertainment Comments Off on Olivia Rodrigo, Joshua Bassett Are Already on the Rocks in ‘HSM’ Premiere
Recent Posts