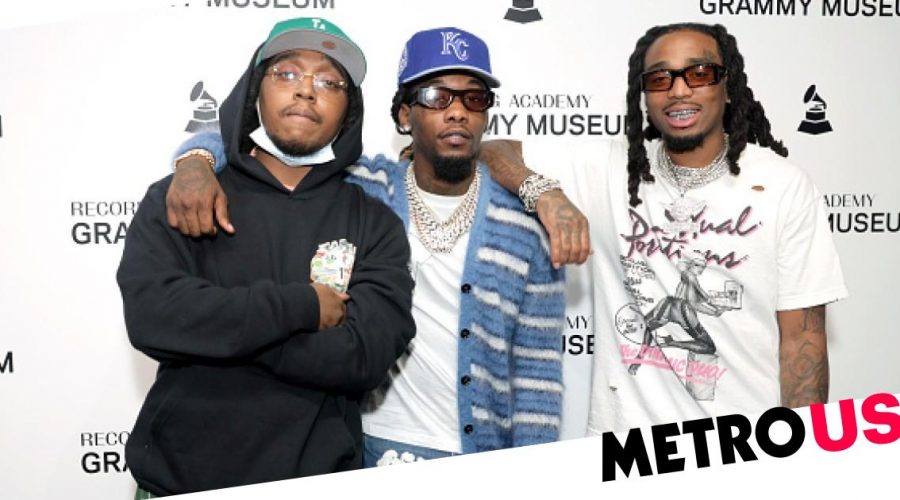 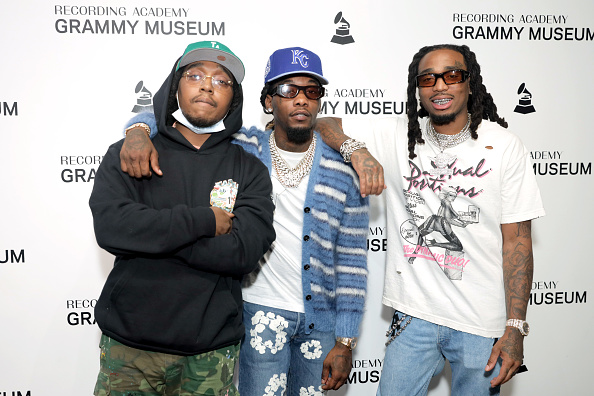 Offset has paid wordless tribute to his Migos bandmate and cousin Takeoff by changing his Instagram profile picture, following the rapper’s shock death by shooting on Monday night.

Takeoff, real name Kirshnick Khari Ball, died earlier this week at the age of 28, after an incident at a private party he was enjoying with his uncle and fellow Migos member Quavo, 31, in Houston.

Neither Quavo nor Offset have spoken publicly yet in the aftermath but Offset, 30, used his social media channel to make a statement by swapping out his avatar for a picture of Takeoff smiling with a white heart emoji.

The rapper’s cause of death was confirmed on Wednesday, with to a coroner’s report released by Harris County Institute of Forensic Sciences and obtained by Metro.co.uk saying he died of ‘penetrating gunshot wounds of head and torso into the arm’.

Police officers announced that an investigation is underway to find those responsible, and have pleaded for anyone with information to come forward.

Migos’ record label, Quality Control, shared a heartfelt statement following the news, saying he was killed by ‘a stray bullet’.

‘It is with broken hearts and deep sadness that we mourn the loss of our beloved brother Kirshnick Khari Ball, known to the world as Takeoff,’ a spokesperson said on Instagram.

‘Senseless violence and a stray bullet has taken another life from this world and we are devastated.

‘Please respect his family and friends as we all continue to process this monumental loss.’

Houston Police confirmed that Ball died at the scene while two others, a 24-year-old man and 23-year-old woman, were taken to hospital with injuries but are expected to make a full recovery.

During a press conference on Tuesday, Police Chief Troy Finner said: ‘Once officers arrived, they came up on a male who was deceased. That male has been identified as Kirshnik Ball, better known as Takeoff. He’s a member of the Migos rap group, out of Atlanta.

‘I got many calls from Houston, and outside of Houston. Everyone spoke of what a great young man this is, how peaceful he is. What a great artist. I’m calling up on everybody, our hip-hop artists in Houston and around the nation.

‘We’ve got to police ourselves. There are so many talented individuals, men and women, in that community, who I love and respect. We all need to stand together and make sure that nobody tears down that industry.’

Migos have enjoyed huge success with a selection of hits, including Walk It Talk It and MotorSport, and collaborated with Nicki Minaj, Drake and Cardi B – who is married to Offset – throughout their time together.

Two of Migos’ albums, Culture and Culture II, reached number one on the US Billboard Hot 200 chart, while their 2016 breakout hit Bad and Boujee topped the Hot 100.

However, Migos split earlier this year with Takeoff and Quavo parting ways with Offset and going on to perform as a two-piece under the group name Unc & Phew, in reference to their familial relationship as uncle and nephew.

Stars have paid tribute in the wake of Takeoff’s death, with Ja Rule and Khloe Kardashian among the first.

Travis Scott followed with a touching statement on ‘the most humble’ rapper.