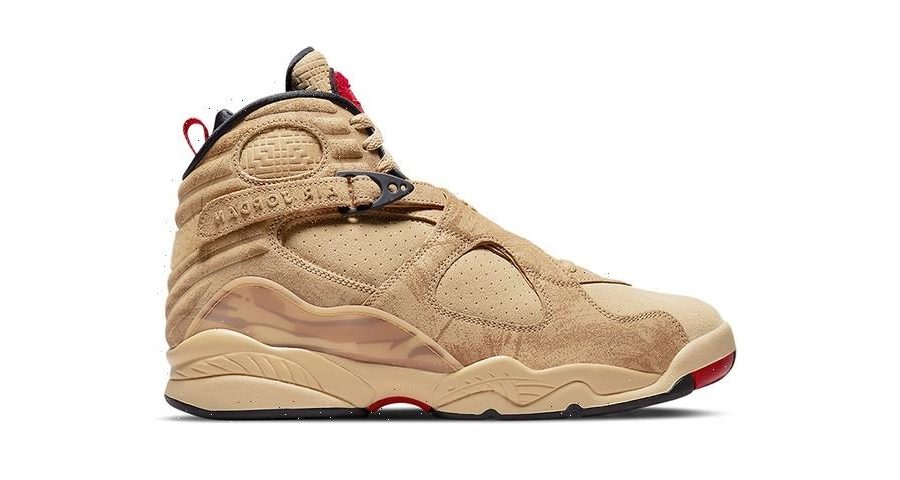 The start of the NBA season has been a little uncertain for Rui Hachimura as he missed out on training camp and the first several regular season games due to personal issues. However, the Washington Wizards recently announced that he will be reintegrated into the lineup in the coming weeks, and timing couldn’t have been better as his forthcoming Air Jordan 8 collaboration has also just been officially unveiled.

For his first retro collaboration, Hachimura shines a light on his Japanese background with the heavy detailing that is found both on the kicks and the packaging. The kicks are designed with a blend of suede and leather uppers, most of which is dialed to a “Twine” hue. The latter is seen on the silhouette’s traditional overlays and straps and come treated with a tonal distressed pattern. Tile-like debossing also makes its presence felt on the collar windows and the tongues, the latter of which is also accompanied by the NBA hooper’s personal logo in felt. The shoe box and insoles also get supplied with striking artwork, the former showing off cherry blossom trees and basketballs while the latter possesses an illustration of Hachimura dunking over two defenders.

At the time of writing, no release date has been announced just yet, but you can likely expect SNKRS to drop these in the coming weeks for $225 USD.