Who didn’t fall in love with the complicated, heartbreaking, angst-filled, first love story between Marianne and Connell in Normal People? The Hulu adapted series from Sally Rooney’s popular book starring Daisy Edgar-Jones (Marianne) and Paul Mescal (Connell) came together for a virtual screening and Q&A Tuesday hosted by Deadline as part of their Virtual Screening Series.

Prior to the Q&A, viewers got to see the first two episodes of the series. Normal People is about love — first love, and all the awkwardness, pain, and beauty that comes along with it. Producers Lenny Abrahamson and Ed Guiney, who have known each other since they were 15 years old, said adapting this book into a TV series was a no brainer. They knew they loved it after reading just a few pages of the book.

Edgar-Jones and Mescal both had little television experience when they came into these roles. In fact, for Mescal, he had done lots of theater, and no television, until this role. They both fondly remembered the anxiety-inducing audition process. Paul was cast first, but the audition process was long. It fell over the Christmas hiatus so he had to wait quite a while before they told him he had the role. Once he got the role, he did chemistry reads with a few actresses, and Edgar-Jones was the last one he read with.

Edgar-Jones said her audition process also involved a lot of waiting. She didn’t hear anything until 2 weeks after she sent in a self-tape. Moderator Antonia Blyth asked Daisy to talk about her emotional chemistry read. Guiney had revealed earlier, that everyone was in tears. Edgar-Jones laughed and said, “I didn’t know if that was a really good sign or really bad one!” Turns out it was a really good one. She barely remembers what she said to Mescal before their chemistry test, because she was so nervous. She said they clicked right away in the scenes and were immediately in sync. She added that at the end of the audition, Abrahamson said, “I’m really glad you came.” And she spent a week wondering, “What does that mean?!”

Guiney apologized to both of them for putting them through such a stressful audition process.

The Intimate Love Scenes Between Marianne and Connell

Blyth asked Abrahamson about his choice to film the love scenes with such close camera shots. He revealed that he wanted the shots to not just be bodies, like “often happens in sex scenes,” but rather be like they were searching almost, and discovering each other. Mescal and Edgar-Jones, who had to do many love scenes in the series, with little clothing, trusted Abrahamson’s vision. 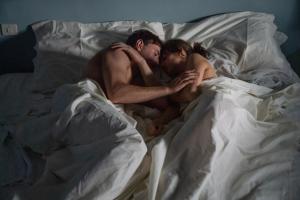 Fan Reactions to the Show

Blyth said Normal People is the “perfect storm, it has an effect on younger people because they relate to the characters, and older people because they are filled with regret, for the things that they didn’t do.” Mescal and Edgar-Jones laughed in agreement, and Edgar-Jones said she had a fan tell her that because of the show, they got back together with their high school sweetheart. And another woman told her that she decided to go on a date (a socially distant date) and that she didn’t like dating before. Apparently, Marianne and Connell’s obstacle-filled love story is inspiring people to date!

The cast and producers revealed their love for and admiration of Sarah Greene, who plays Mescal’s character’s mother, Lorraine. Abrahamson said Greene has an “incredible, natural warmth,” and plays “the perfect Irish” mom, “the type of parent who doesn’t take any crap,” but at the “same time loves him unconditionally.”

Mescal said when he learned Green was going to be his mother, that he was so excited because he had watched such a fan of hers for years. Friends of his who knew Greene described her as the “most gorgeous person to be around.” 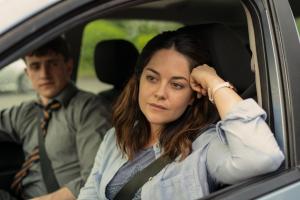 The Show Ending vs. The Book’s Ending * Spoiler Alert*

A viewer asked why the show had a less hopeful ending than the book…Abrahamson said he didn’t think the show ending was less optimistic. He said it’s clear in both that there is a deep hopefulness for the characters after they break up. Abrahamson argues that in a show they have to have the characters say more than they would in a book, and that might be the reason it felt less hopeful. To that we say, we just all want Connell and Marianne to end up together, even though they will absolutely find a way to mess it up in under 5 minutes.

Marianne & Connell’s Romantic Future & the Future of the Show

Blyth ended the chat asking what they all hope for Marianne and Connell in the future? All four of them laughed, not wanting to reveal too much. Mescal and Edgar-Jones stayed quiet and Guiney responded first, “Without commenting on future iterations on screen,” it’s “a story of first love and that’s part of its power.”

Though he feels “There is a future for Marianne and Connell in some kind of fictional parallel universe, whether that ever gets realized in any form, it’s in my head at least.” Can we film inside Guiney’s head? Seems like a simple solution to season 2.

Abrahamson added that he believes, “There are many possible futures for the characters. There is a world in which 3 or 4 years’ time, after they’ve had some time apart, they do come back together and they do stay together for a substantial amount of time.” He quickly added, “But there’s also a world in which they each find a partner that makes sense, but I don’t think they would ever not be in each other’s lives.”

So, they will, they could, but also they might not! Got it. Abrahamson ended on a hopeful note, “There will always be an interesting story to tell about Connell and Marianne whether or not they’re together.”

And would Mescal and Edgar-Jones come back if the show continued? They both quickly answered, “100 percent.” Then Mescal agreed with what Lenny and Ed said saying she’d be curious to see what she and Mescal would be like as 30-year-olds and how they’d grow and change. Then, like Mescal, she added, “I agree with Lenny and Ed.” And then they both smiled coyly. Hmmm… Abrahamson joked, “I want to see how romantic it is between them when they’ve got like three kids and a mortgage.”

Edgar-Jones and Mescal were pretty tight-lipped about what’s next and I’m not Sally Rooney, but I’m feeling like something is up. They were all smiling a little too much for this to be the end. Now we’re not saying anyone said they’d have a second season, but we’re not saying they didn’t say it. How’s that for a hopeful note? Ahhh ambiguity, isn’t it lovely?

And for those needing a Normal People fix ASAP, June 26th is your day. There will be two new specials where Mescal and Edgar-Jones will be reprising their roles on RTE Does Comic Relief in Ireland. It’s reported the two specials will imagine the lead characters’ lives several decades into the future. Our angst-filled hearts can’t wait! Let’s face it, if Marianne and Connell went to get a mortgage, we’d all still watch it! Because they would definitely find a way to mess that up and break up yet again! But that’s why we love them.

Before you go, click here to see what other books have been brought to life on the big screen. 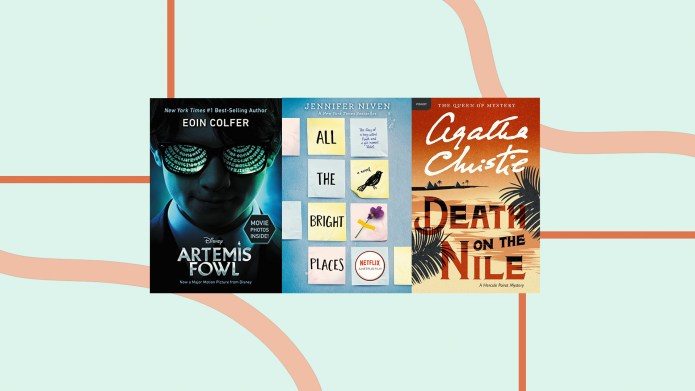 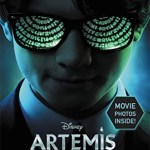 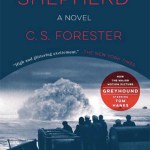 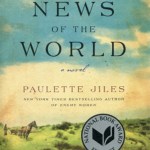 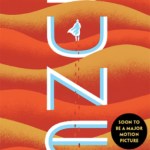 06/25/2020 Entertainment Comments Off on 'Normal People' Cast Reveal What a Second Season Might Look Like
Recent Posts
We and our partners use cookies on this site to improve our service, perform analytics, personalize advertising, measure advertising performance, and remember website preferences.Ok