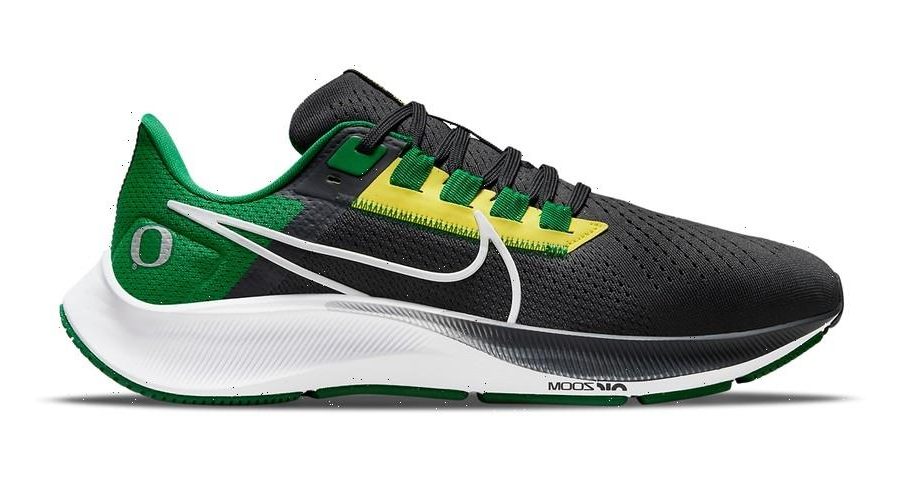 Though colors are very different from team to team, each of the 20 shoes uses similar colorblocking — namely one of its school’s shades on the forefoot and the other on the heel. Each also places a small school logo on the lateral heel, directly behind the rear point of the large midfoot Swoosh. There’s also a repeating print on each shoe’s insole, a dash of color on the midsole, small Swooshes below the medial heel and detailing on the lace keepers. From a performance standpoint, each features a midfoot webbing system for lockdown and boasts a React midsole loaded with a forefoot Zoom Air unit for a feel that’s both soft and snappy.

All 20 collegiate colorways of the Nike Air Zoom Pegasus 38 will release on the Nike webstore soon. Each is priced at $130 USD.

For more from the world of the Swoosh, check out a natural hemp take on the ISPA Drifter.
Source: Read Full Article