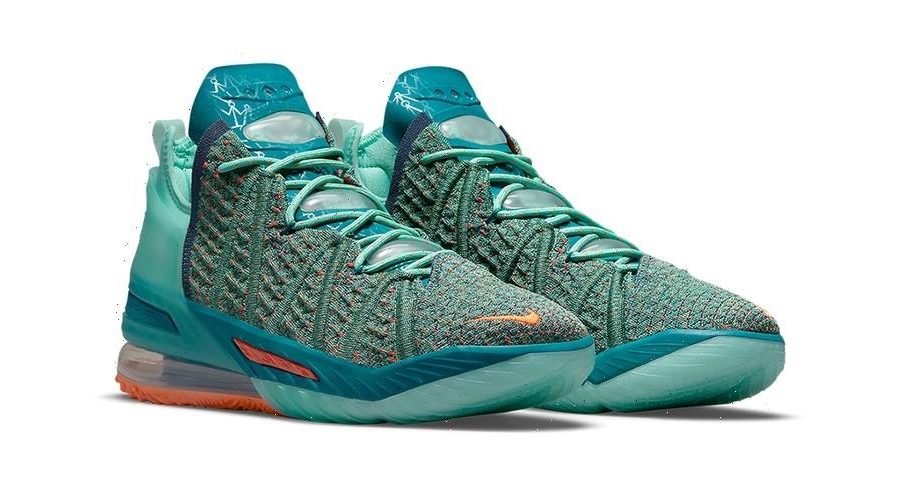 LeBron James has a penchant of crafting his signature kicks in fresh colorways that are inspired by the organizations he is connected too such as UNINTERRUPTED and his I PROMISE School. Following up on his

Much like its predecessor, this latest piece is guided by brighter tones of and emerald-esque green and orange, the former of which fills in the backdrop of its knitted upper while the latter taps onto its exposed stitchings and Swooshes on lateral and medial sides. Tongues are done up with a muted teal hue and complemented with translucent Air bubbles. Out back, the heel piece is colored in with a minty fresh hue. Inside the kicks, the insoles are appropriately stamped with a LeBron James Family Foundation logo to further echo its theme. Down below, the treading alternates between more aqua paneling in the forefoot and a burst of orange towards the rear.

Expect these to drop on June 5 via Nike and select retailers for the usual $220 USD.