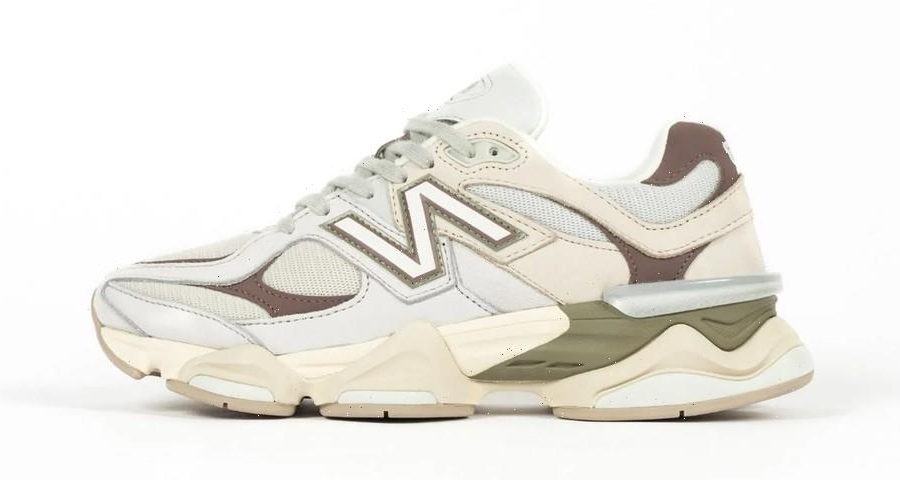 Returning for its second year on the market, New Balance has opted to keep the momentum of the 9060 going by following up on its Lunar New Year collection with a “Sea Salt” colorway and an upcoming Bricks & Wood collaboration. Now, an early launch of yet another look has revealed an earthy color scheme for the chunky silhouette.

One of New Balance’s key models of last year, the 9060 steps into 2023 with yet another off-white-accented pair. Joining the creamy hue, what is officially referred to as “Maroon” appears to be a reddish brown shade that covers various leather overlays, including the heel tab. This color also outlines the “N” logos that shine bright in white, matching the pair’s mesh base and toe overlays. A soft olive green makes an appearance at the sizable sole’s rear portion of its midsole while shades of off-white cover the remainder of the sneaker.

As of now, New Balance has yet to announce its launch of this colorway. However, select retailers such as Suppa have the pair available for purchase early at a price of €180 EUR (approx. $192 USD) in limited remaining sizes.

Stay tuned for official launch information and for more of the latest in footwear, one of many New Balance 550s to pop up this week, the “Turtledove” look sees mint green sneak into its otherwise white and off-white color scheme.
Source: Read Full Article