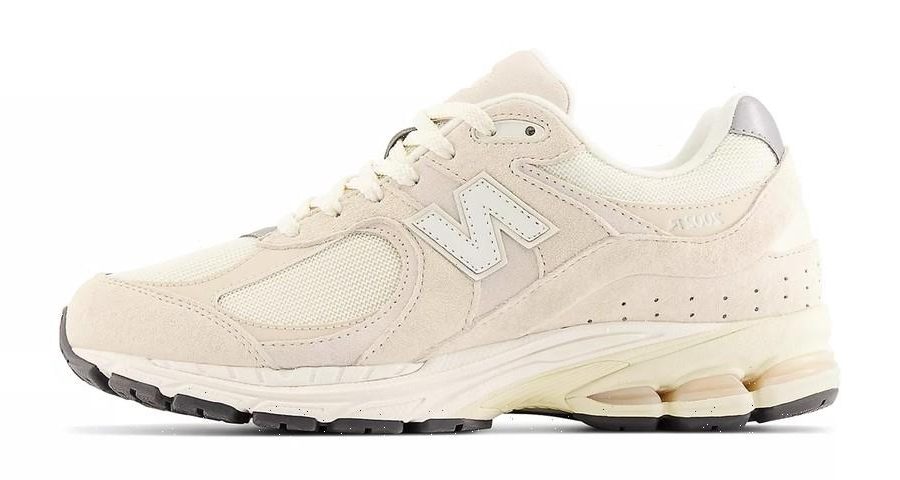 In the last two years, the 2002R has become one of New Balance’s most popular lifestyle silhouettes. It’s an interesting new path for the model: first released back in 2010 as the 2002 (the “R” was added in 2020), it was originally a top-of-the-line running shoe that retailed for $250. Now, it’s a beloved casual option that combines the OG 2002’s top half with the midsole unit of the 860v2. It also drops in several fresh colorways every season, the latest of which to appear is a chill “Calm Taupe.”

Recently loaded up on the New Balance webstore, the “Calm Taupe” uses its signature shade on its suede overlays and contrasts that with an “Angora” mesh base. There are also hits of crisp metallic silver on the heel and toebox, with two-tone midsoles serving up more contrast below and black outsoles adding an element of murkiness into the mix as well.

If you’re looking to cop a pair of the “Calm Taupe,” you can head over to New Balance now and secure ‘em for $140 USD.

The “Calm Taupe” isn’t the only new 2002R we’ve seen this week either. If you want to check out more fresh styles, be sure to have a look at the N.HOOLYWOOD x INVINCIBLE x New Balance 2002R GORE-TEX in navy blue.
Source: Read Full Article