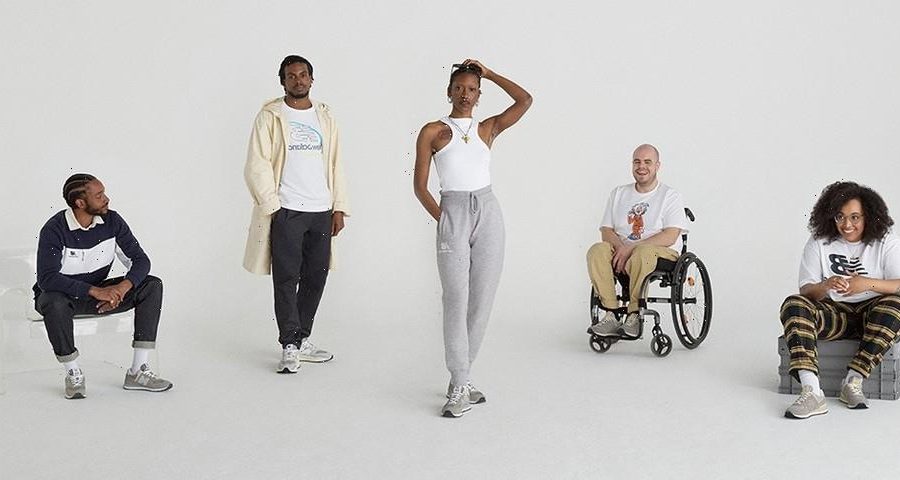 After given a first look at the upcoming 574 — complete with an “Un-N-Ding” lack of branding — New Balance has now released a full campaign to mark the shoe’s launch. The new design marks this year’s “Grey Day” celebrations, paying tribute to the signature colorway that the brand is known for.

The new campaign references the silhouette’s “Worn by Anyone” tagline, acting as a platform for emerging creative talent across the UK. For this year’s “Grey Day,” New Balance has partnered with five individuals, each of whom has positively impacted their local community. The talent involved — Cktrl (London), Lauren Ralph (Birmingham), Sumuyya Khader (Liverpool), Meme Gold (Manchester) and Wheelman (Glasgow) — will each take over a slot on their local radio station, discussing their work across music, fashion and art.

As well as the 574 “Un-N-Ding,” New Balance will release two other versions of the silhouette to celebrate “Grey Day.” This includes the original design of the sneaker — which first arrived in the 1980s — and the recently-launched 57/40 silhouette, which updates the 574 for a new generation.

Take a look at the campaign in the gallery above. All three silhouettes are due to release via the New Balance web store on May 15, the same day that the five creatives will take to their local airwaves.