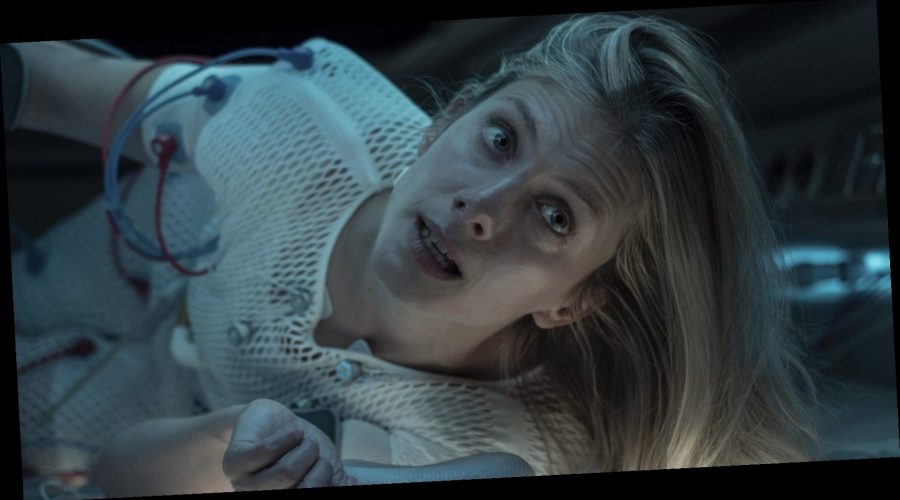 If there’s one genre of film we’re all absolutely loving right now, it’s thrillers – and the tenser the better at that!

As ever, Netflix is making sure to deliver the goods. Indeed, it’s just confirmed that a handful of spine-tingling movies will be dropping on the streaming platform over the next few weeks, including Sarah Paulson’s Run and Anna Kendrick’s Stowaway.

Now, seemingly inspired by the success of Omar Sy’s Lupin, Netflix has announced that it will be adding a French survival thriller to the mix, too. Très bien!

Here’s what you need to know, then, about Oxygen.

What’s the plot of Oxygen?

As per the official Netflix synopsis for the psychological thriller: “The film tells the story of a young woman who wakes up in a cryogenic pod.

“She doesn’t remember who she is or how she ended up there. And, as she’s running out of oxygen, she must rebuild her memory to find a way out of her nightmare.”

Is there a trailer for Oxygen?

You can watch the claustrophobic trailer for Oxygen below:

The reactions have been incredibly positive so far, judging by the YouTube comments.

“The agony of knowing that your oxygen will run out eventually is surely beyond anyone’s capability to bear,” reads one.

Another asks the world at large: “Anyone else struggling to breathe after watching this?”

And still one more says: “I can’t wait to watch this nightmare.”

Who stars in Oxygen?

The talented Mélanie Laurent – who has dazzled us in the likes of 6 Underground and Inglourious Basterds – takes on the role of Oxygen’s dogged and amnesiac lead.

The must-watch film is directed by Alexandre Aja, who is (unsurprisingly) best known for his extensive work in the horror genre. Think Haute Tension, The Hills Have Eyes, Mirrors, Piranha 3D, Horns, and Crawl, to name just a handful of his previous blockbuster successes.

Thrillers on Netflix: 19 epic thriller films guaranteed to get your pulse racing

The script comes from Christie LeBlanc, and when Aja first read it, he felt “like it captured such an intense experience of survival so well.”

As he told Collider: “The story is a mystery box built like a labyrinth from which you have to escape.”

What are people saying about Oxygen?

A lot of people are comparing Oxygen to the Ryan Reynolds film Buried, which sees the actor’s character trapped six-feet underground with just a lighter and a mobile phone.

Netflix’s Oxygen artfully straddles the line between thriller and horror.

“Buried is definitely one of those ‘why didn’t I think about that’ kind of cinematic experiences,” says Aja, who himself has described Oxygen as being “the best of Buried, but with a 28 Days Later twist.”

He adds: “Oxygen starts off in a similar way but then takes a big post-apocalyptic and emotional departure.”

When is Oxygen coming to Netflix?

Oxygen will be available to stream on Netflix from 12 May 2021. Let’s all be sure to take a deep breath before watching it, yeah?