For everyone out there feeling like one of the walking dead on this post-election Wednesday, here’s a bit of adorable news to give you life:

Actor Hilarie Burton, who just so happens to be Jeffrey Dean Morgan’s real-life wife, has been cast as Negan’s wife, Lucille, in “The Walking Dead.” 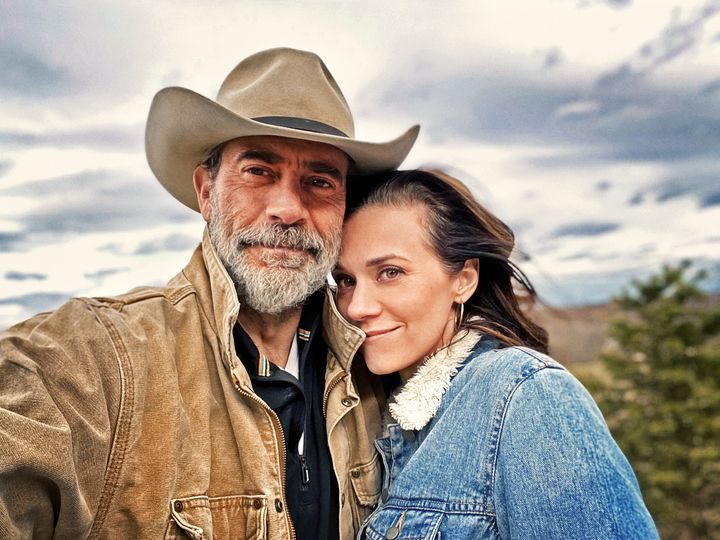 Burton will guest-star in one of the additional six episodes being added to Season 10, Comicbook.com reported Tuesday. The “One Tree Hill” actor also confirmed the news on Twitter, writing, “Been pretty hard to keep this a secret.”

In the “Walking Dead” comics, created by Robert Kirkman, Lucille was Negan’s wife before the zombie outbreak. She died of cancer, and Negan was unable to kill her reanimated zombie form. He would later name his infamous barbed wire bat after her.

The show will seemingly follow a similar storyline. Negan has mentioned his former wife at various times throughout “The Walking Dead,” recalling how she died of pancreatic cancer, how he cheated on her and how he couldn’t kill her when she came back to life.

Burton and Morgan, who have two kids, got married in October 2019. In an interview with People last year about why the pair finally decided to tie the knot after a decade together, Burton said, “I think there comes a point where you just don’t want to go another day by being inauthentic about it.”

Apparently, there won’t be anything inauthentic between Negan and his wife either, as the pair will be reunited in the show sometime in 2021.

11/05/2020 Entertainment Comments Off on Negan’s Wife In ‘Walking Dead’ Will Be Jeffrey Dean Morgan’s Real-Life Wife, Hilarie Burton
Recent Posts
We and our partners use cookies on this site to improve our service, perform analytics, personalize advertising, measure advertising performance, and remember website preferences.Ok