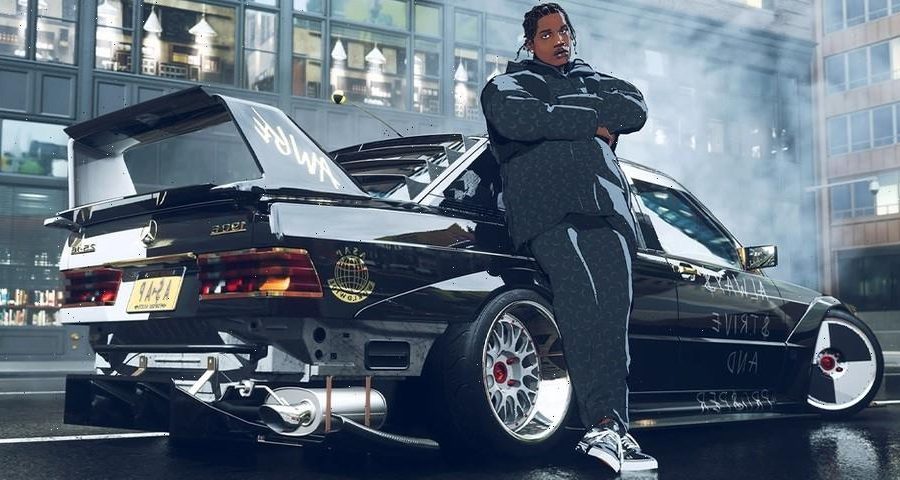 Following a first-look cinematic trailer starring a digital rendering of A$AP Rocky, EA and Criterion now release the first gameplay trailer for Need for Speed Unbound, the 25th installment of the classic Need for Speed street racing series. With Criterion returning as a main developer for the first time since 2012’s Most Wanted, Unbound maintains the same attitudes and similar gameplay mechanics as previous titles while introducing ambitious cosmetic elements including cel-shaded characters and comic-style animation effects.

In the “Risk & Reward” game trailer above, EA previews new elements in the new Unbound title including side bets, new foreign cars, and “The Grand” tournament. Over four in-game weeks, players look to maximize their Bank to create the ideal car for Saturday’s Weekly Qualifier. The open-world map is set in the fictional Lakeshore City, which is based on Chicago.

“Choose how and when to put it all on the line, pulling huge drifts on the street, outdriving the cops, or placing side bets with your own earnings against rival racers. Time is money, so find the fastest way to earn enough cash to enter the weekly qualifiers and make it to Lakeshore’s ultimate race, The Grand,” EA writes in the description.

Need for Speed Unbound is the first game from the series to feature 4K resolution at 60 FPS, offering crisp and snappy gameplay. Pre-orders are now open with an official launch date set for December 2 on Sony PlayStation 5, Microsoft Xbox Series X|S, and PC. More details can be found here.