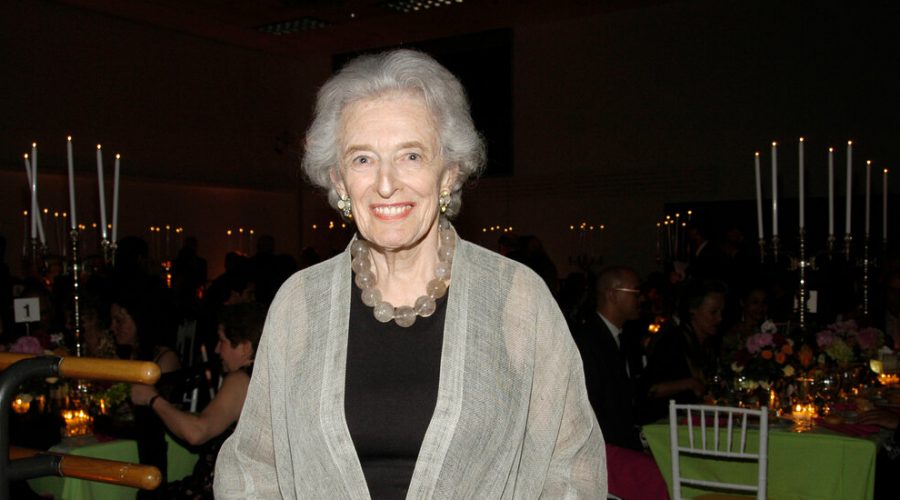 Nancy Lassalle, a longtime patron of New York City Ballet and its School of American Ballet, died on April 26 at her home in Manhattan. She was 93.

The death was confirmed by her daughter Honor Lassalle.

As a teenager, Ms. Lassalle attended the fledgling ballet academy started by George Balanchine that is now the School of American Ballet. She was not destined to be a ballerina — she was too tall and too gawky, her daughter said — but she was passionate about dance, and about the mission of Balanchine and his collaborator, Lincoln Kirstein. She became a lifelong patron of the ballet and a tireless promoter of Balanchine’s legacy.

She was a founding member of the boards of City Ballet and the S.A.B., as the school is known. She organized numerous exhibitions and events for the company, including the centennial celebrations for Mr. Kirstein in 2007.

“She was the ultimate board member,” said Albert Bellas, chairman emeritus of the S.A.B. “She was financially supportive, knowledgeable and committed.”

She was also a daily presence, touring with the company and giving parties for the dancers at her Fifth Avenue apartment, said Kay Mazzo, who was once a principal dancer at City Ballet and is now the head of the school’s faculty.

“Since she had been an early student at the school, she understood what Mr. Balanchine and Mr. Kirstein envisioned,” Ms. Mazzo said. “She upheld their ideals and made sure, all these years, that the school stayed the course.”

Ms. Lassalle was an editor, with Leslie George Katz and Harvey Simmonds, of “Choreography by George Balanchine: A Catalogue of Works,” first published by Eakins Press in 1983. She was also an editor of “Lincoln Kirstein: A First Bibliography” (1978). In 2016, her photographs of Balanchine teaching a two-day master class in 1961 were published as “Balanchine Teaching,” also by Eakins.

“She was an exacting person, which could be frustrating,” said Peter Kayafas, publisher and director of Eakins Press. “There was a time when I was much younger when it was difficult to have a conversation with Nancy without her correcting my grammar. And then there came a time when that stopped.” It wasn’t because she was tired of the exercise, Mr. Kayafas added: “It’s that I finally learned my lessons. Whenever Nancy was around, the bar was raised.”

Alastair Macaulay, former chief dance critic for The New York Times, wrote in a social media post: “The dance world has quite a number of generous donors, but in Nancy it had one who combined acute intelligence with a singular devotion to the two visionaries whose work she had discovered in her own adolescence: Balanchine and Kirstein.”

Last year, the S.A.B. created the Lassalle Cultural Program, which helps older students explore ballet history and also gives them free access to New York cultural institutions. At her death Ms. Lassalle was director emerita of both City Ballet and the school. 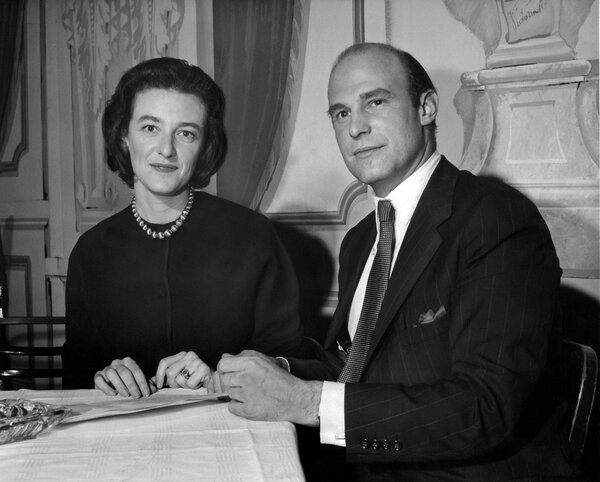 Ms. Lassalle in 1961 with Geoffrey Gates, co-chairman of the New York City Ballet Production Fund Committee. She was a lifelong patron and supporter of the ballet.

Nancy Norman was born on Nov. 10, 1927, in New York City, a child of privilege who grew up in an eclectic modernist townhouse filled with contemporary photography, pre-Columbian art and a steady stream of guests that included notable figures in postwar American culture like Alfred Stieglitz, Aaron Copland, Allen Ginsberg and Ralph Ellison. Her mother, Dorothy Norman, was a photographer, newspaper columnist and patron of the arts, as well as an advocate of social justice and political causes. Mr. Stieglitz was her mother’s mentor and lover. Her father, Edward Norman, was a son of a founder of Sears Roebuck.

In addition to her daughter Honor, Ms. Lassalle is survived by another daughter, Diana Lassalle Turner; a son, Philip Lassalle; and five grandchildren. Her marriage to Edmundo Lassalle ended in divorce.

In 1991, Ms. Lassalle was cast in the lead role of Mother Goose in a quirky children’s ballet by Jerome Robbins. (It was not a dancing part: As Jennifer Dunning wrote in The New York Times, she appeared seated in a chair onstage as the curtain rose, with dancers sprawled around her.) It was a gesture that epitomized her place in the ballet community, Ms. Mazzo said, and she loved doing it.