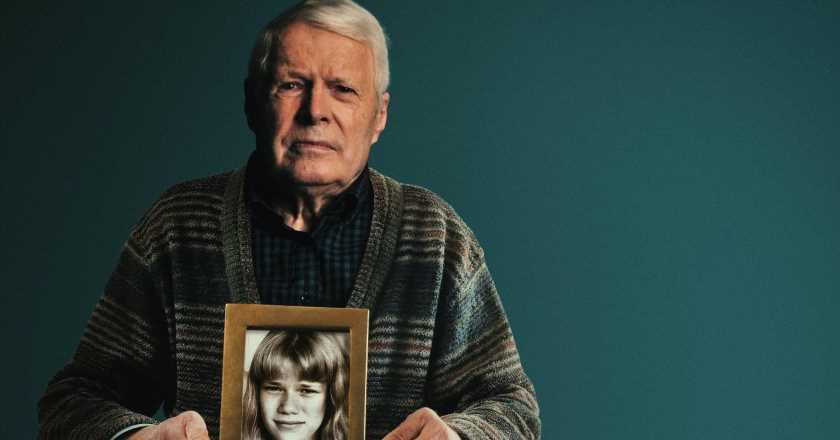 My Daughter’s Killer is now available to watch on Netflix and it follows a harrowing tale of kidnap, murder and the ensuing fight for justice.

Trigger warning: this article contains references to sexual abuse and murder that readers may find upsetting

Perhaps there’s something in the water right now but the true crime content as of late has been stellar. From new podcasts to Netflix’s recently most talked about Girl In The Picture, it seems as though documentaries and harrowing real-life tales are back.

Landing on the streaming platform today, though, is a different kind of film. While My Daughter’s Killer is based on real life events, it also follows a father who embarked on a 30-year search for answers regarding his teenage daughter’s death.

French 15-year-old Kalinka Bamberski was killed by her own stepfather, the renowned German doctor, Deiter Krombach in 1982. But for 30 years, Kalinka’s father, Andre Bamberski, was forced to pursue justice himself as authorities did nothing to prosecute Krombach.

Andre Bamberski is the focus of Netflix’s My Daughter’s Killer.

My Daughter’s Killer not only explores the case itself and Kalinka’s story but it also gives a crucial voice to Andre, a father who has been ignored and sidelined for decades.

On the morning of 10 July 1982, Andre received the kind of call no parent ever wants – informing him Kalinka was found dead. Krombach claimed it could have been heat stroke but it soon transpired that Kalinka had a cocktail of drugs in her system. They were apparently administered by Krombach to aid in her tanning – he later contradicted himself by claiming they were given to help anemia. Later a French investigation revealed she had been injected with Isoptin, Novidigal and cortisone, just a few of the drugs found in her system that, when administered together, lead to lethal consequences.

In the autopsy, it was also revealed that Kalinka had been sexually assaulted but one of the more chilling parts of the documentary comes when we learn that, in the course of this post-mortem examination, her genitals were removed and disappeared. Andre says in the documentary:“Kalinka got carved up like a pig in a slaughterhouse, but nobody wanted to know how and why she died.”

Andre Bamberski’s fight for justice for his daughter is the focus of Netflix’s new documentary.

Three years after the autopsy, Andre finally received details about his daughter’s autopsy and concluded that it must have been Krombach who killed her. But it wasn’t enough for German authorities, who didn’t even question the doctor. And so, his search for the truth and justice for Kalinka began.

That was a staggering 30 years ago and it may sound dramatic to those who have not yet watched the documentary but ultimately, Andre managed to get justice for his daughter by organising Krombach’s kidnapping. Finally a Parisian court found Krombach guilty of murder, but Germany refused to extradite him. As Andre says in the documentary: “I felt like I couldn’t trust anyone any more.”

My Daughter’s Killer is now available to watch on Netflix.

What later transpires is that Krombach had a long history of drugging and raping teenage patients and in My Daughter’s Killer, we even see a chilling TV interview the doctor gave mocking the notion of drugging women.

For years afterwards also, Krombach managed to move around Germany as a locum doctor, assaulting multiple women in the process. But in 2009, Andre had organised for several men to abduct Krombach and deliver him to French authorities. He did so in the fear of the statute of limitations running out in 2012. Kromback was eventually imprisoned for 15 years.

My Daughter’s Killer has unprecedented access to not only Andre, but also to other individuals who were closely involved with the case at the time such as lawyers, doctors, medical professionals and Krombach’s other victims. It lays out the case in true chilling detail but if anything, you’re left in sheer wonder at Andre’s unflinching passion to get to the bottom of his daughter’s grisly murder.

My Daughter’s Killer is now available to stream on Netflix.