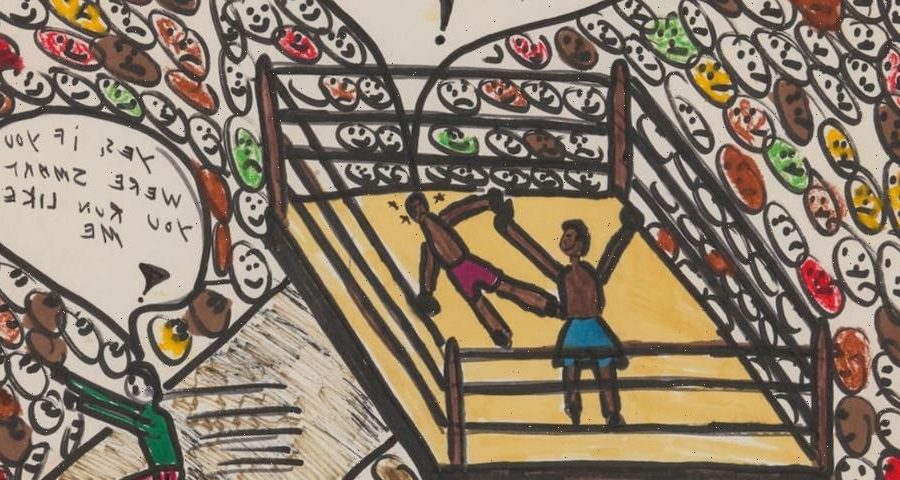 It’s widely accepted that Muhammad Ali was the greatest boxer of all-time, but did you know he was also an artist? Back in the 1970s, Ali would routinely create drawings and paintings that humorously related to his own fights. Over a dozen of these artworks were recently sold at Bonhams for a total worth of $945,500.

Amongst the lot of interesting pieces to go on auction, Ali’s Sting Like a Bee (1978) sold for $425,000 USD to a British collector, which toppled its base price of $40,000 USD. In the drawing, a speech bubble hovers over Ali’s defeated opponent, who mumbles, “Ref, he did float like a butterfly and sting like a bee!,” which the referee who is depicted fleeing the ring, says, “Yes, if you were smart you run like me!”

The sales come at a time when Bonhams is ramping up its art offering from historical sports icons. Although the valuation for such artwork has been as low as $500 to $1,000 USD in the past, Robert Rogal, director of New York’s RoGallery, said in a past interview, that “the images that were created by these icons, estates today are very collectible.”