The couple both posted the same picture of the burnt-out property in Malibu, west of Los Angeles, on social media, showing only ornamental letters spelling the word “love” remaining.

Cyrus also shared a picture of the house before the blaze hit on her Instagram Stories, and encouraged people to donate to the Malibu Foundation, set up to help rebuild the area following the devastating Woolsey fire.

Some 50 people have been killed in fires across the state. North California is worst affected, with 48 bodies recovered so far. Two people have died in Malibu.

In a message on Instagram, Hemsworth said: “It’s been a heartbreaking few days. This is what’s left of my house. Love.”

The Hunger Games actor said it was “amazing to see the community pulling together” in the wake of the fires, and thanked “all the hero firefighters around California”. 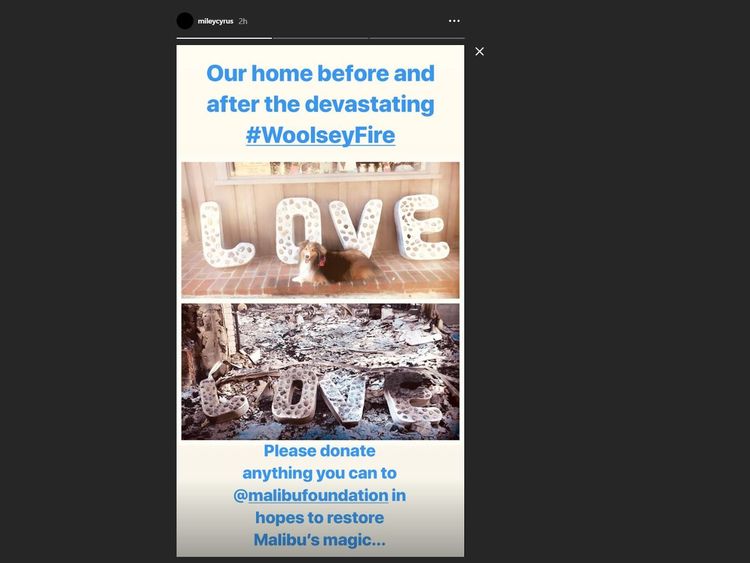 Cyrus said: “Please donate anything you can to @malibufoundation in hopes to restore Malibu’s magic…

“Any amount is greatly appreciated! The deepest sense of community and love is surrounding those who have lost their homes. Being one of them. That connection is irreplaceable and can never be taken in a way as devastating as this…”

“Miley and Liam lost their home but are very grateful to be safe along with their animals,” the statement said.

“Their community and state are very special to them and they want to give back to the place that has created so many beautiful memories for themselves and others.

“These funds will be used for those in financial need, emergency relief assistance, community rebuilding, wildfire prevention and climate change resilience.”

Stars including Gerard Butler, Neil Young, Kim Basinger and Robin Thicke have also seen their homes damaged or destroyed by the fires, while other celebrities including Kim Kardashian West, Caitlyn Jenner and Lady Gaga were among those forced to evacuate.

Butler posted a video on his Instagram page, saying he was “one of the lucky ones” as his home was only partially destroyed.

The star thanked well-wishers but urged fans to “turn your support to those who need it most here, and throughout California”.

On his website, Young said this was his second home lost to a fire in California.

Meanwhile, stars in the area have been turning out to help emergency services and those helping with the relief effort. 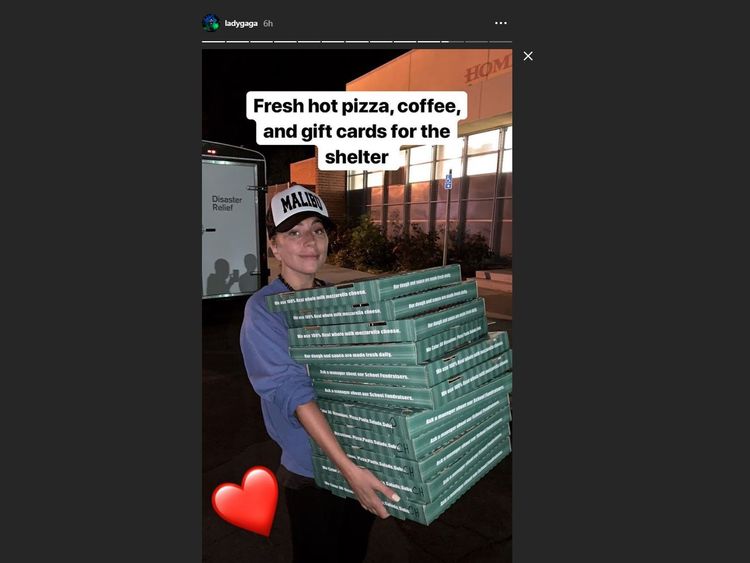 Lady Gaga visited a shelter to see people who had evacuated their homes on Tuesday, which was World Kindness Day, delivering pizza, coffee and cards.

The region is braced for potentially further disasters, with some forecasters predicting rain next week which could trigger mudslides.