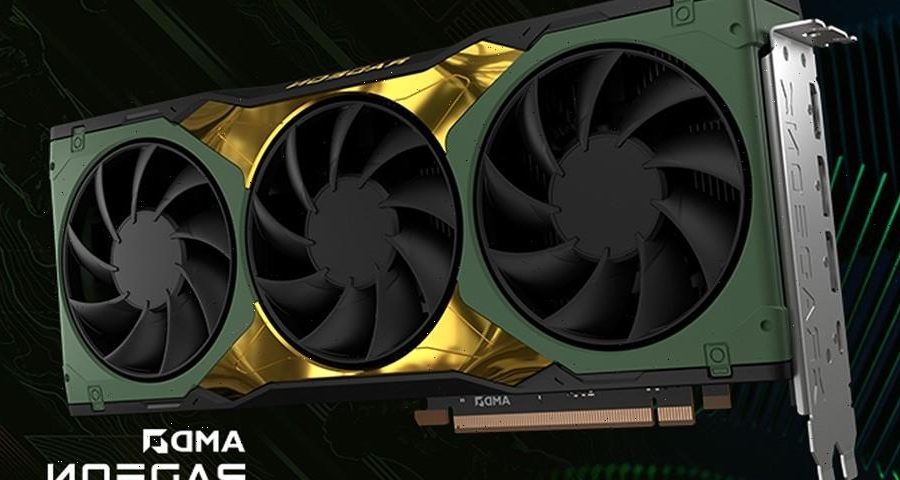 To celebrate the upcoming launch of Halo Infinite, Microsoft has now teamed up with the game’s exclusive PC partner AMD to give away several units of the Radeon RX 6900 XT graphics card specially designed as a tribute to the game’s protagonist Master Chief.

Drawing inspiration from the legendary Spartan himself, the new GPU comes dressed in a military green shade matching the tone of the Chief’s Mjolnir armor, with gold iridium accents replicating the suit’s reflective visor. Elsewhere on the card you’ll find Halo Infinite branding as well as John’s classic 117 number in white, along with blue illumination as a nod to Cortana.

Aside from the special giveaway, Microsoft is also tapping into AMD’s technology to bring ray-tracing into Halo Infinite shortly after its release. Since they have an exclusive partnership, the game itself will also be optimized for Radeon cards and Ryzen processors.