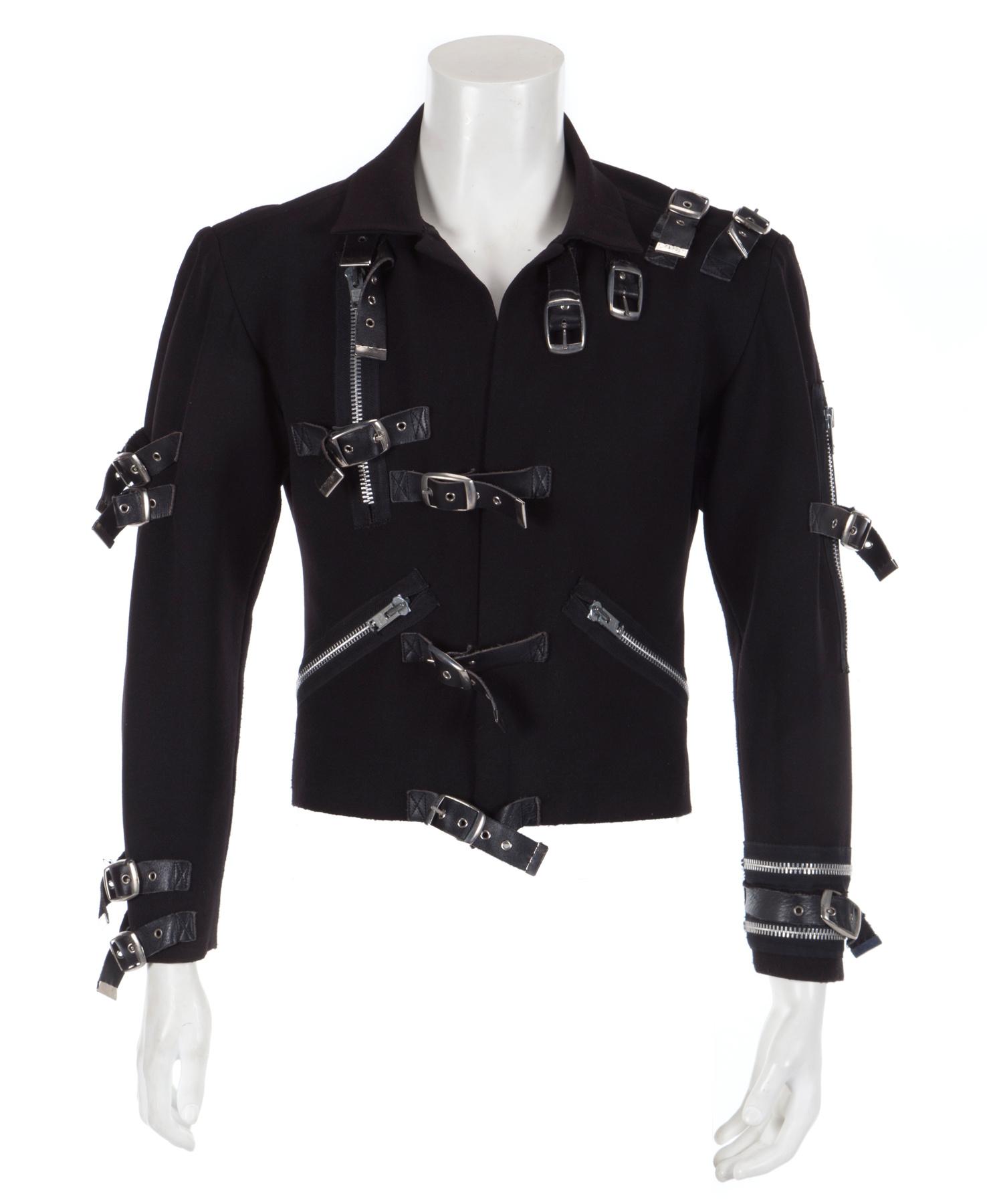 LOS ANGELES (Reuters) – Michael Jackson’s black “Bad” jacket that the singer wore on his first solo tour is going up for auction in November and could fetch up to $100,000.

Julien’s Auctions said on Friday that the jacket, which Jackson signed on the back with a silver permanent marker, was worn throughout the singer’s “Bad” world concert tour from 1987-89.

The jacket, with multiple zippers, straps and buckles, is one of the late singer’s most iconic costume pieces alongside his red and black leather “Thriller” music video jacket that sold for $1.8 million at auction in 2011.

Jackson has become one of the most collectible celebrities since his sudden death in 2009 in Los Angeles at age 50 from an accidental overdose of an anesthetic he was using as a sleep aid.

The “Bad” jacket is being sold by Texas businessman and philanthropist Milton Verret along with almost 100 other items from his large rock ‘n roll memorabilia collection.

Verret also owns the “Thriller” jacket, which he takes around children’s hospitals, but is not putting that item up for auction.

The Nov. 10 auction at the Hard Rock Cafe in Times Square, New York, will also feature electric guitars played by Bob Dylan, Paul McCartney, Eric Clapton, and U2 band members The Edge and Bono. The various guitars are expected to fetch between $20,000 – $50,000 apiece.

Part of the auction proceeds will go to the MusicCares charity arm of Grammy Award organizers the Recording Academy that provides health and other services to musicians.

“It’s tough for musicians and artists today and this auction presents another opportunity to give back to the music community,” Verret said in a statement.