Two years ago, when Joe Vogel agreed to write a new edition of his influential book about Michael Jackson — to be released this summer for the 10th anniversary of the singer’s death — he thought it would be demanding but gratifying work, a fresh opportunity to train his arrow on the most formidable legacy in all of modern pop, to address new questions about the artist’s collaboration with the producer Quincy Jones and to celebrate the enduring resonance of Jackson’s abundant song catalog.

In the month since HBO debuted the explosive documentary “Leaving Neverland,” in which two men and their families accuse Jackson of sexual abuse that they say went on for years while the men were children, Vogel has instead found himself in a biographer’s nightmare, scrambling to re-examine thousands of hours of research — and his unspoken biases and assumptions — as the cultural and informational landscape lurches beneath him.

“It complicates things in ways that are just really, really challenging,” Vogel said by phone recently. “Not only are you thinking about how do you deal with this on a personal level, you’re also thinking about how to handle it professionally.”

As music fans have tried to reconcile the Jackson of “Leaving Neverland” — a brazen pedophile who left children and their loved ones in ruin — with the spellbinding “Thriller” singer whose DNA winds through generations of art and culture, the biographers and journalists who wrote him into our collective memory have quietly been retracing their steps, some with pride, some with anguish, some hovering unsteadily in between.

The nine interviewed for this story cover the spectrum, balancing a personal affinity for Jackson with a professional interest in following facts where they lead. For some, “Leaving Neverland” was corroboration of their own investigative work. For others, it was a stinging reproach. 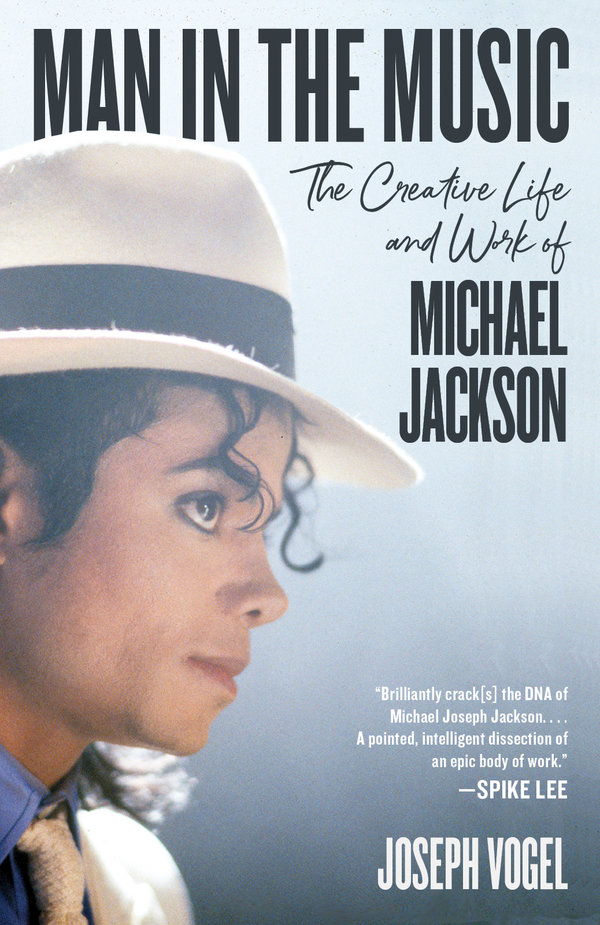 Most said they were moved by the graphic and emotionally wrenching testimony of James Safechuck and Wade Robson, the Jackson accusers. Three authors are revising their books about the singer and will release new editions this year.

But in a sign of an emerging tug of war — and of growing fallout over the methods of filmmaker Dan Reed — two people who were interviewed said they refused to watch the documentary, prejudging it as craven vandalism. And only one said “Leaving Neverland” had changed his verdict on Jackson from “innocent” to “guilty.”

At the time of its premiere in March, Vogel had already been sent galleys of the second edition of his book, “Man in the Music: The Creative Life and Work of Michael Jackson.” He rewrote the preface, which he said was “rendered incoherent by the documentary,” but stopped short of declaring the case against the singer closed.

The rift among Jackson journalists over “Leaving Neverland” is the latest manifestation of a 25-year-old dispute about how best to interpret his life story.

On one side are those who regarded Jackson warily, seeing a powerful celebrity for whom paying a $25 million settlement over 1993 child molestation allegations was but one example of a willingness to use money and influence to camouflage grotesque behavior. On the other are those who saw him as a lifelong victim — a developmentally arrested and unjustly maligned black entertainer who was a magnet for tabloid opportunists, corrupt cops and scheming frauds.

For those in the first camp, like Maureen Orth, a former special correspondent for Vanity Fair, “Leaving Neverland” is the smoking gun in the final act of a detective story filled with near misses and false alarms.

Orth wrote extensively about the accusations of 13-year-old Jordie Chandler, whose family sued Jackson and settled in 1994, and said she was struck by how similar his story was to those of Robson and Safechuck.

“The first thing I thought when I watched it was, ‘Yeah, I’ve heard all this before,’” she said of the documentary. “I felt very sorry and sad for those victims.”

Diane Dimond, who first exposed the Chandler allegations as a reporter for the tabloid television show “Hard Copy,” said Jackson’s fans have been sending her death threats ever since. She is at work on three new chapters for the audiobook version of her 2005 Jackson biography and wept while watching “Leaving Neverland.”

“I have a daughter, and I do lament that I spent so much time chasing leads on Michael Jackson,” said Dimond, who was a young mother at the time. “But I hope that people will now understand that these reports were not just done for sensationalism.”

But some journalists see the documentary as just the latest in a pattern of disreputable attempts to bring Jackson down — one being opportunistically marketed after his death when, by law, he can no longer be defamed.

Few in this second camp have been more influential than Mary A. Fischer. Her GQ cover story about the Chandler allegations, “Was Michael Jackson Framed? The Untold Story,” which she later published as an e-book, is still frequently cited by fans who believe Jackson is the victim of a never-ending con.

In an interview, Fischer called “Leaving Neverland” a “major distortion,” and Robson and Safechuck “unreliable accusers.” She was especially critical of Reed’s failure to note potential conflicts of interest — standard practice in journalism — like the men’s previous lawsuit against the Jackson estate, and reports that Robson had earlier sought a book deal.

“That to me feels very manipulative, and I resent it,” Fischer said.

Vogel, who wrote an article in Forbes highlighting the lawsuit and prospective book deal before the film’s release, also accused Reed of cherry-picking.

“I think an equally compelling film could be made in Jackson’s defense by including certain people — and certain evidence — and excluding others,” Vogel said.

He noted alleged discrepancies in the timeline presented by Robson and Safechuck in the film, a growing point of contention for online skeptics. “There are still a lot of questions to be asked, if we believe in due process, and I think there are respectful ways to do that,” Vogel said.

Interviews that Reed gave explaining his decision not to interview sources who could defend Jackson — arguing that the film’s inclusion of Jackson’s own public statements was sufficient — so troubled some experts that they condemned the movie sight unseen.

”That, to me, is what I never did in journalism,” said Linda Deutsch, a now-retired reporter for The Associated Press whose coverage of several high-profile cases in her career included Jackson’s criminal trial in 2005, when he was accused of child molestation and found not guilty. She called Jackson, who personally phoned her after the trial to thank her for her coverage, a “victim of his own superstardom” and said that “Leaving Neverland” should never have been broadcast.

“They’re falsely accusing Michael, and I don’t want to hear it,” Deutsch said.

Susan Fast, director of the graduate program in gender studies and feminist research at McMaster University and the author of “Dangerous,” a book about Jackson and his album of the same name, has also refused to watch Reed’s documentary.

“I just don’t have any interest in watching four hours of unsubstantiated testimony,” Fast said. When it comes to Jackson, she argued, the media has always “reveled in the possibility of his destruction.”

For some veterans of the Jackson beat, the more fruitful question isn’t whether the artist was a victim or a predator, but why it’s been so hard for some to accept the possibility that he was both.

“It’s more interesting to be trying to push on these things and not keep settling back into the same old binaries and defenses and self-righteousness,” said Margo Jefferson, the author of “On Michael Jackson” and a former Times critic who won the Pulitzer Prize for her book reviews. She is working on a new introduction to her book, inspired by “Leaving Neverland.”

“Can we get wiser about holding conflicting opinions, and feelings, and sets of information in our minds simultaneously?” she asked.

Steve Knopper, author of “MJ: The Genius of Michael Jackson,” said the film left him regretting some of his own blind spots. His book, which came out shortly after Robson and Safechuck jointly sued the Jackson estate in 2013, expressed skepticism of their claims and defended Jackson against the allegations from 1993 and 2005.

“I found it pretty devastating,” Knopper said of “Leaving Neverland.”

He now believes that Jackson was guilty. Or, that is, mostly believes it: “There is a small part of me that says, ‘I still want more evidence.’”

04/21/2019 Entertainment Comments Off on Michael Jackson Biographers Face History, and the Mirror
Recent Posts
We and our partners use cookies on this site to improve our service, perform analytics, personalize advertising, measure advertising performance, and remember website preferences.Ok