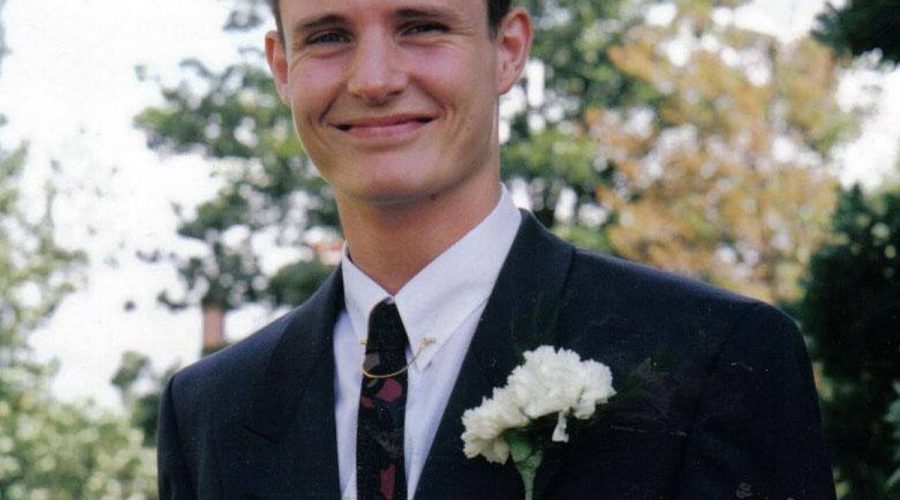 Detectives acting on “significant new information” have arrested a 50-year-old man over the death of Stuart Lubbock, who died at the home of entertainer Michael Barrymore 20 years ago.

Essex Police said the man, who has not been named, was arrested at an address in Cheshire “in connection with the indecent assault and murder of Stuart Lubbock” by officers from its Major Crime Team.

Lubbock, a 31-year-old butcher, had been attending a party at Barrymore’s luxury home in Roydon with eight other people on March 31, 2001.

Police said they would contact all of those at the party in the coming days following the arrest, and warned: “We know that not everyone was responsible for what happened, but someone was.”

Barrymore was criticised for leaving his home soon after Lubbock was found floating in the outside pool.

The 68-year-old former television presenter, who became a household name for shows such as Strike It Lucky, has always denied involvement in the death. After years of intense attention, Barrymore moved to New Zealand in 2003 with his partner and lived in Auckland for a time before returning to the UK.

A post-mortem examination showed Lubbock had suffered severe internal injuries which suggested he had been sexually assaulted. Alcohol, ecstasy and cocaine were found in his bloodstream.

Essex Police said this week that new information leading to the arrest had come to light following a Channel 4 documentary and police appeal with an increased reward.

Detective Superintendent Lucy Morris told reporters: “The man who was arrested in Cheshire continues to be questioned by our detectives

“Following the arrest, we immediately notified the Lubbock family.

“This arrest is almost 20 years to the day since Stuart was found unconscious in a swimming pool following a party at a home in Roydon. He later died in hospital.

“The arrest comes after significant new information came to light following our renewed appeal for information and offer of an enhanced reward, which coincided with a major TV documentary broadcast in February 2020.

“This information has led to us making an arrest and over the coming days we will be contacting all those who were present at the party at the time as well as others who may have information.”

Detective Superintendent Morris added: “As we stated last February – and have continually stated over the last 20 years – we believe someone or some people at that party know what happened.

“It is important to restate the fact that Essex Police have never given up on this case and that the force is motivated by the desire to deliver justice for Lubbock and his family.

“Stuart’s rape and murder has been an extremely lengthy and complex investigation which has spanned over 20 years and remains ongoing.

“We have never given up on finding out exactly what happened to Stuart and we will not stop in our pursuit of justice for him and for his family and friends.”

She added: “Nine people were at that party. We know that not everyone was responsible for what happened but someone was. Now is the time to come forward, if you haven’t done so already, to set this matter to rest by providing us with any information you have.”

Essex police would not reveal whether the man arrested had previously been held in connection with Lubbock’s death.

Barrymore was criticised for failing to answer questions about what happened at the party at the inquest into Lubbock’s death in 2002.

He also said he could not jump in and try to save Lubbock because he could not swim, a claim disputed by others who knew the star.

The coroner recorded an open verdict.

Barrymore, his former partner Jonathan Kenney and fellow party guest Justin Merritt were arrested in 2007 on suspicion of sexual assault and murder, but were later released without charge.

The entertainer repeatedly denied any wrongdoing, last year saying: “I have had nothing to do with this whatsoever and yet I keep getting bashed and bullied by the media.”

Barrymore’s television career collapsed in the wake of the allegations, although a stint on Celebrity Big Brother in 2006 saw him enjoy a brief return to the spotlight.

In 2009, the police watchdog published the findings of a review of the investigation into Lubbock’s death, concluding that officers missed crucial evidence and did not ensure vital forensic tests were completed until six years later.

In February last year, detectives offered a $38,600 reward as they relaunched an appeal for information about the death of Lubbock.

Speaking at a press conference at the time Detective Chief Inspector Stephen Jennings admitted “mistakes” were made in 2001 after items possibly used in the attack – including a pool thermometer and a door handle – vanished from the crime scene.

He said: “I believe that [Stuart] was raped and murdered that night. One or more of those party-goers are responsible for that serious sexual assault on Stuart Lubbock.”

A spokesman for Barrymore said it would be inappropriate to comment following the arrest.

Stuart Lubbock’s father Terry, 76, welcomed news of the new arrest, saying: “There is just so much going on in my head. I can’t get my head around it. Of course I’m happy. Of course this is good news. But it’s been 20 years. This has nearly killed me.”

He added: “I’ve always said I will continue to fight for justice until my last breath and that’s what I’m doing still. I’m extremely ill with cancer, I’ve only got weeks to live. But I won’t give up on Stuart until I die.”

Friends of the family have expressed their hope the arrest leads to justice.

Harry Clichy said: “I’m pleased. Of course this is progress. We can only hope it leads to justice for Stuart after all these years.”

A timeline of events following the death of Stuart Lubbock at the home of entertainer Michael Barrymore.

March 31: Lubbock, 31, of Harlow, Essex, is found dead at Barrymore’s home in nearby Roydon following a party. The entertainer is questioned by police.

October: Barrymore accepts an official caution for drugs offences and allowing his home to be used for smoking cannabis. No further charges are brought.

September: An inquest in Epping, Essex, records an open verdict on Lubbock’s death. Medical experts tell the hearing that he had suffered severe internal injuries, suggesting he may have been the victim of a serious sexual assault. Alcohol, cocaine and Ecstasy were also found in his system. ITV also announces that it has “no plans” to commission any further shows from the star.

September: Barrymore abandons a comeback attempt after the first three nights of his one-man show in London receive bad reviews.

December: Amid reports that he has received a $2.7 million tax bill, he leaves the UK to live in New Zealand with his long-term partner Shaun Davis.

May: Barrymore announces that he has filed for voluntary bankruptcy in the UK because of the “unexpected” tax demand.

January: Barrymore returns to screens in the UK as a Celebrity Big Brother housemate.

He remains in the house for three weeks and is runner-up in the final poll, leading to speculation that his showbusiness career will be revived.

After emerging from the house, Barrymore holds a tearful two-hour meeting with Lubbock’s father Terry in a London hotel.

Terry Lubbock reportedly tells the entertainer he does not hold him “responsible” for what happened.

Barrymore is said to have responded: “It haunts me every day.”

February: Lubbock’s family is blocked from launching a private prosecution against the celebrity.

A district judge in Southend, Essex, rules there is insufficient evidence for a hearing on six offences – four related to the misuse of drugs, one alleging drunk and disorderly behaviour and one alleging assault.

April: Police announce that they are reviewing Lubbock’s death as part of “routine” procedure.

Detectives said their decision to reinvestigate followed a review of the initial inquiry.

March: Police issue a new appeal for information on the sixth anniversary of Lubbock’s death.

June: Barrymore and two other men are arrested and questioned on suspicion of seriously sexually assaulting and murdering Lubbock.

They are later released without charge.

February: The IPCC publishes the findings of a review of the police investigation into Lubbock’s death, including that officers missed crucial evidence and did not ensure vital forensic tests were completed until six years later.

March: Police launch a fresh appeal for information over the death.

December: Barrymore lodges an appeal for $4.8 million damages after suing police who arrested him over Lubbock’s death.

August: A High Court judge rules Barrymore is entitled to “more than nominal” damages against Essex Police over the wrongful arrest which he said destroyed his career.

December: The Court of Appeal says Barrymore “is entitled to nominal damages only”, following an appeal by the police.

February: A Channel 4 documentary about Lubbock’s death prompts Barrymore to issue a fresh denial of any wrongdoing, saying: “I have had nothing to do with this whatsoever and yet I keep getting bashed and bullied by the media.”

March: Terry Lubbock hints at the possibility of fresh evidence emerging, telling PA: “I wouldn’t be surprised if someone cracks soon under all this pressure and decides to get it off their chest once and for all.”

On March 17, Essex Police announces a 50-year-old man has been arrested in Cheshire in connection with Lubbock’s murder and indecent assault.