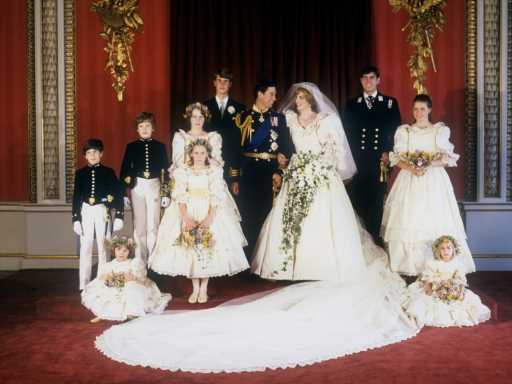 Despite her tragic passing in the summer of 1997, Princess Diana’s legacy has lived on for generations. Born Diana Frances Spencer, the late Princess of Wales lives on not only in her grown royal sons Prince William and Prince Harry (and her grandchildren George, Charlotte, Louis, Archie, and Lilibet), but in the growing Spencer family in the UK — with sisters Lady Sarah McCorquodale and Lady Jane Fellowes, brother Charles Spencer, and a gaggle of nieces and nephews to boot. Diana’s descendants keep her memory alive both in the subtle way her genes pop up in young relatives (nieces Lady Eliza and Lady Amelia recently showed off their Diana-esque patrician good looks at Cannes) and in the humanitarian and family-focused work they carry on in her memory.

William was only 16-years-old and Harry was only 12 when their mother passed away in that car crash, and both men have spoken over the years about how much it hurts that she wasn’t able to see them grow up and have kids of their own. Today, she’d have five gorgeous grandkids, nine nieces, and four nephews — and while Diana may no longer be with us, her family members and descendants are still a fixture of UK society both in the royal family and beyond it.

Understandably, many of Diana’s family members inherited the late princess’ distaste for the paparazzi, and have made an effort to stay out of the limelight. Nonetheless, they’ve carved their own paths as humanitarians, fashion models, and more — meet the big family Diana should have been surrounded by today.

Diana: Her True Story — In Her Own Words by Andrew Morton

There was a time when we thought we knew the British royal family. Then, in 1992, Princess Diana laid bare her experience as one of the House of Windsor’s most famous members. Diana: Her True Story — In Her Own Words by Andrew Morton chronicles the beloved Princess of Wales’ marriage to Prince Charles, her relationship with Queen Elizabeth II, and so much more. It’s a completely unfiltered perspective that still resonates to this day. For any longtime royal fan, this is a must-have addition to their bookshelf.

'Diana: Her True Story–in Her Own Words' by Andrew Morton

See photos of the Spencer family, from Diana’s siblings to her now grown-up kids, below.