Matthew McConaughey was ― at one point in his career ― the undisputed king of rom-coms.

So much so that transitioning to more serious roles later in his profession took some tough choices ― including turning down a reported $14.5 million to take on one last heartthrob role. But that’s a decision the “Greenlights” author says he doesn’t regret today.

“Just looking at that sheer number — are you kidding me? Wow. But I knew I needed to remain on my sabbatical from the films I had been doing for my own soul. And so, no, I never regretted it.”

While the actor found serious success in more dramatic roles, including his Oscar-winning performance in “Dallas Buyers Club,” there is one rom-com in particular he’d “possibly” commit to for a sequel. 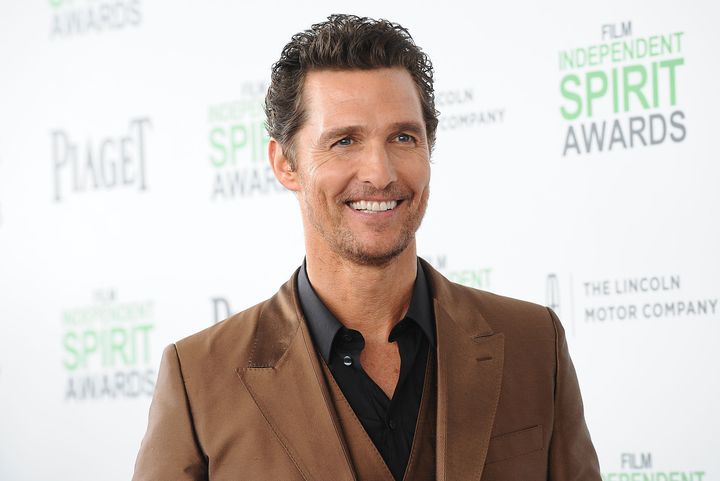 “And it lasts!” the actor added. “People still love that one. I enjoyed that one quite a bit.”

Somebody get Kate Hudson on the phone, stat.

Funnily enough, the two co-stars reminisced back in February about one of the famous scenes from “How to Lose a Guy” after McConaughey posted a still from the movie on his Instagram.

In the scene, Hudson’s character, Andie Anderson, berates McConaughey’s Benjamin Barry for not taking care of their “love fern.”

“Our love fern! You let it die!” she says, while the actor calmly replies with, “No, honey, it’s just sleeping.”

A post shared by Matthew McConaughey (@officiallymcconaughey) on Feb 7, 2020 at 10:28am PST

While there are a lot of roles that McConaughey has loved throughout his career, including his time as Benjamin Barry, the actor has also opened up during his virtual book tour about certain roles he wished he’d gotten.

The actor recently stopped by the “Happy Sad Confused” podcast and told host Josh Horowitz that he “wanted” a shot at playing the Hulk in the Marvel Cinematic Universe.

11/13/2020 Entertainment Comments Off on Matthew McConaughey Says One Of His Most Famous Rom-Coms Is ‘Teed Up’ For A Sequel
Recent Posts
We and our partners use cookies on this site to improve our service, perform analytics, personalize advertising, measure advertising performance, and remember website preferences.Ok