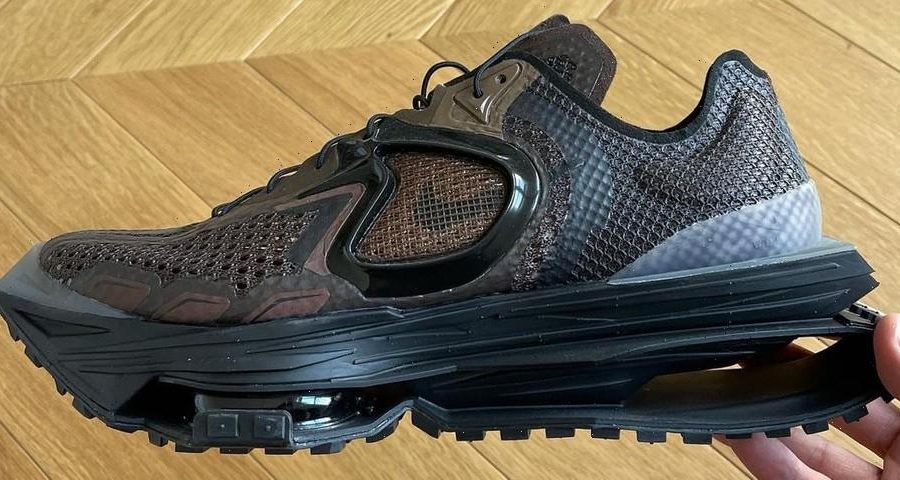 Offering a shape somewhat similar to Nike ISPA‘s Road Warrior, the Zoom MMW 4 is big, bold and angular, a high-fashion silhouette with a sport-infused design ethos. Uppers are made of a dark brown mesh with brown taped seams that almost appear metallic, while glossy black midfoot overlays, Swooshes and ultra-thin laces add contrast.

Down below is where the Zoom MMW4 makes its loudest statement, thanks to a stack of black TPU plates in the heel, a slab of sharply-angled EVA foam and a duo of visible Zoom Air units embedded in the forefoot. An original Nike waffle pattern appears on the outsole as well, given a dash of collaborative flair by repeating debossed Swooshes and MMW logos.

Per Williams’ Instagram caption, the Matthew M Williams x Nike Zoom MMW 4 in brown will likely release this fall or winter, though an official date of arrival has yet to be announced. If it’s in line with past models, the MSRP will be set at $450 USD.

For more on the MMW 4, check out Bling Empire star Jamie Xie’s installment of Sole Mates, in which she discusses her love of Williams’ futuristic sneaker.
Source: Read Full Article