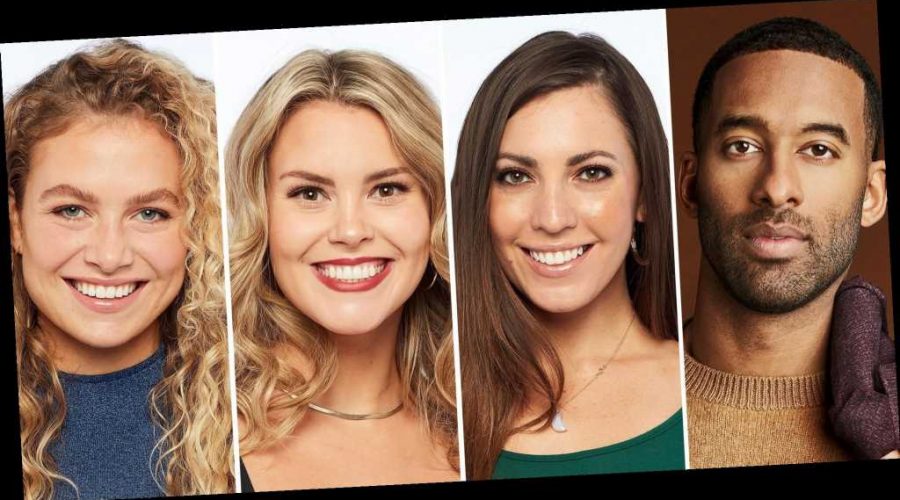 Not having it. Matt James made it his mission to put an end to bullying during the Monday, February 1, episode of The Bachelor, setting his sights on Victoria, Anna and MJ.

Everything Matt James Has Said About His ‘Bachelor’ Journey

Matt began the cocktail party by addressing the “toxic environment” in the house. He questioned Brittany about the “escort” claims, which she again denied. She also named Anna as the one who spread the rumor. MJ encouraged Anna to make Matt feel better about the ordeal, so Anna said the move was out of character for her and insisted she was upset with herself for the “mistake.” Matt assured her he did not think she was a horrible person but told her she needed to own up to her actions because the damage was done. He ultimately sent her home, vowing to create a safe space for the contestants.

Anna’s swift dismissal prompted the other women to apologize to those they had wronged. Victoria, for one, tried to mend fences by claiming she was merely joking around with her costars. Ryan did not see it that way, though, so she told Matt that Victoria called her a “ho” for being a dancer. Matt previously believed Victoria had a big heart, but he was not convinced when she said the term she used for Ryan was taken out of context. Victoria threatened to go home, but she hoped Matt still saw the best in her.

Matt eliminated Mari, Lauren, Catalina and Victoria during the rose ceremony. The queen made a scene, telling him she felt sorry for him since he listened to hearsay. He said nothing in response, so she left.

Rachael received a one-on-one date with Matt, during which he spoiled her with fancy clothes and designer shoes. He was apprehensive to share his emotions with her, but after she revealed she was falling in love with him, he reciprocated. Matt gave Rachael a rose and noted that he could see himself proposing to her.

‘Bachelor’ Villains: Where Are They Now?

Matt then went on a group date, at which time he confronted MJ about Jessenia’s claims that she was an “antagonist” in the house. MJ acted shocked and kept reiterating, “I lead by example,” citing her views on peace and harmony. She said she felt attacked and demanded an apology from Jessenia, who declined. Meanwhile, Abigail received the rose after opening up to Matt about her fears about having children.

Kit landed a one-on-one date where she went to Matt’s house to cook. She revealed that she built up walls after growing up in the spotlight due to her mom Cynthia Rowley’s career in fashion design. She confessed that she was starting to fall in love with Matt, so he gave her a rose.

Matt later summoned MJ and Jessenia to a pre-rose ceremony showdown. MJ told Jessenia she should be embarrassed for bringing up her name to Matt, while Jessenia alleged that MJ acted differently around Matt, in the house and when the cameras were on and that she was the “leader” of the divide among the women. As the episode ended, Matt arrived to parse out the truth.

02/02/2021 Entertainment Comments Off on Matt Confronts Victoria, Anna and MJ About Bullying on ‘The Bachelor’
Recent Posts