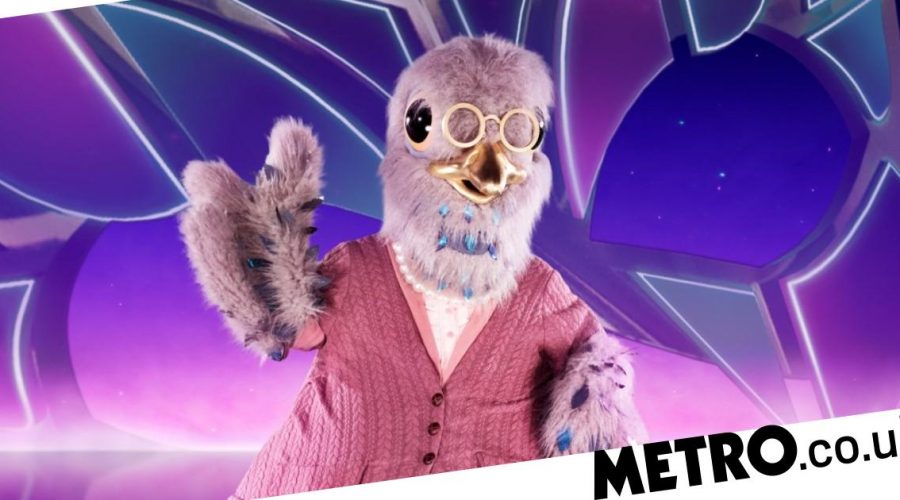 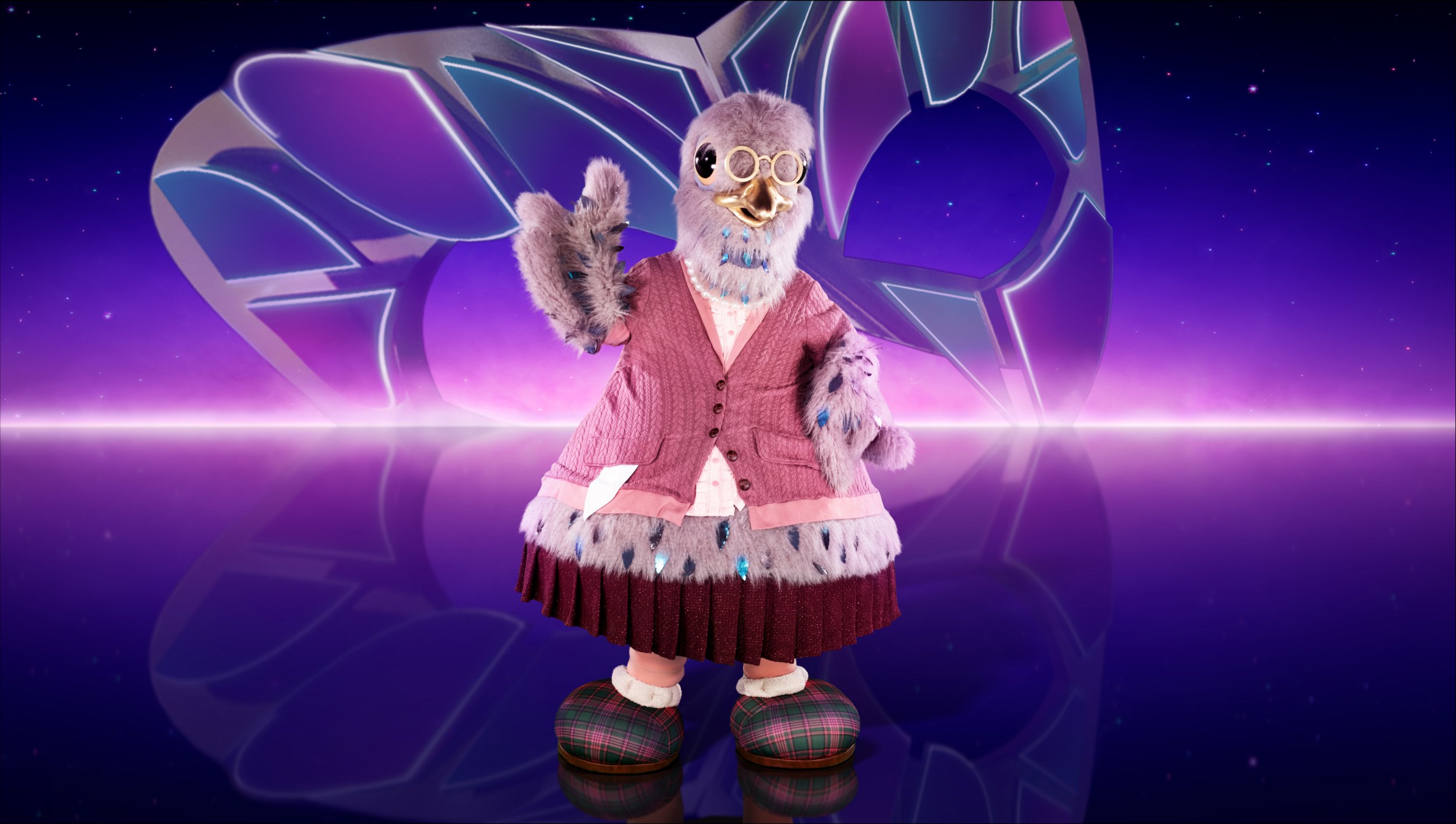 He followed football pundit Chris Kamara out of the competition, singer Lulu, and Martin and Shirlie Kemp.

Elsewhere during last night’s episode, Pigeon got the crowd going as they performed Usher’s Yeah! alongside dancers dressed as road workers in high-vis outfits.

While the character’s identity so far remains under wraps, they have shared a number of clues, including that they enjoy ‘a natter’, have won a title, and have been in the top 10 charts.

‘Even though I might have ruffled a few feathers in my time, personally I’m unflappable,’ they added.

I am convinced Pigeon is @Kathbum #MaskedSinger

‘That’s why I’m able to ask the tough questions.’

In another teaser, Pigeon said: ‘The competition will be pecking up the pieces.’

It didn’t take long for audiences to share their theories that comedian and mum-of-three Katherine, 39, is behind the extravagant mask.

‘I think Pigeon is Katherine Ryan putting on a London accent,’ one posted on social media.

Also sharing their findings, another said: ‘’m loving pigeon 🐦 she’s so commical 😆Thinking it could might be Katherine Ryan.’

Pigeon’s playful energy made the judges guess a comic may be behind the mask, which led Davina McCall to opt for Emily Atack and Mo Gilligan thinking it could be Gemma Collins.

Their confidence on stage led Jonathan Ross to guess it was Loose Women star Linda Robson, and Rita Ora thought it could be presenter Stacey Solomon.

The Masked Singer continues on Saturday at 7pm on ITV1.