“Pretty much everyone hated my work when I made it, except for feminists,” the artist Martha Rosler said, sitting in the living room of her house and studio in Greenpoint, Brooklyn. “I’m used to a minimum 10-year lag before anyone has anything good at all to say about anything I’ve done.”

This doesn’t especially seem to bother Ms. Rosler. Her conceptual photography and video art were as disruptive as they were influential, and her politics — she’s a self-described socialist feminist and anti-militarist — have long existed outside of the mainstream. But her work has been canonized by museums and galleries, and feminist slogans are enshrined on T-shirts. “The negative is that you become, shall we say, depoliticized,” she explained. On the other hand, Ms. Rosler now has a wider audience.

So where does that leave Ms. Rosler? Carrying on as she always has: making complex political art in dark times. 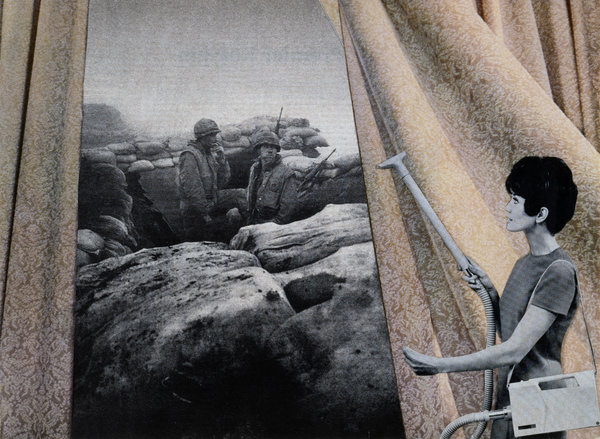 The first major New York survey of Ms. Rosler’s art in 18 years has opened at the Jewish Museum, and runs through March 3. For some, the show, “Martha Rosler: Irrespective,” may be an introduction to the prolific artist whose caustic work — in addition to photomontage and video, she creates installation, sculpture, performance and digital media — has been alternately admired and reviled by the public and the art world since the 1960s. Her exhibitions have focused on tenant struggles and homelessness; the Iraq and Afghanistan wars; public space; and — very often — the experiences of women. Now, her work is being seen against the backdrop of the #MeToo movement and its backlash.

“I don’t think I could have anticipated how relevant her work would feel when we took on the show,” said Darsie Alexander, the Jewish Museum’s chief curator. “The same themes, the same concerns, the same tensions are with us today as they were when she started out.”

Not that Ms. Rosler is expecting people to like all of it. “They’re going to hate the reinterpretation of an old work I did from the early 1970s,” based on women’s clothing, she said. The piece, “Objects With No Titles” (1973/2018), features fabrics and bags of batting stuffed into bras, pantyhose and lingerie — gesturing at the confining of the female form. Her living room is defined by 30 years of accumulation: her own art, newspapers, odds and ends, books — she has about 7,500, which formed part of an exhibition called the “Martha Rosler Library,” though some are stored elsewhere.

Her work can be formally complex, politically powerful and uncannily funny — sometimes all at once. She is a master manipulator of images: cutting, pasting, decontextualizing, mimicking, rearranging our expectations. In her video piece “Semiotics of the Kitchen” (1975), she illustrates the alphabet with an apron for “A,” a hamburger press for “H.” She gesticulates and stabs the air and bangs the kitchen implements. This video is highly formal, drawing on relations between sign and signifier; it is a fairly direct critique of the domestic sphere of food production. But it’s also parodic, the anti-cooking-demonstration video. She’s deadpan. In a catalog essay for the exhibition, Ms. Rosler wrote that this and some of her other pieces have “often left audiences wondering whether it is acceptable to laugh.”

In person, too, Ms. Rosler has the occasional cutting wit, as well as the polished cadence of a professor, which she was until retiring a few years ago. Throughout our conversations, she drew on many references — theorists, painters, scholars, American suffragists.

She’s older now, in her mid-70s, though she said she rejects the periodization of female artists, from “emerging artist” in their 20s, to the doldrums of middle age and then, at a certain age, “which is, I’d say, not only postmenopausal, but even older, you’re in a category of ‘living treasure.’” Still, she has lived and worked and protested through cycles of gains and losses for feminism. These days, she said she has a near-obsessive pulse on the news, national and international. She recently presented a paper titled “Will This Time Be Different?” Asked if she had the answer, she said, “I’ve never been any good at predicting, only at diagnosing. I tend to be a pessimist.”

Some of her politics, Ms. Rosler said, are rooted in a set of notions that came from her childhood in an Orthodox family in Brooklyn in the 1950s, and her yeshiva education. “I wasn’t happy,” she said, noting restrictive gender norms. But: “I came to this realization very late, and there’s no question my sense of justice came from my religious background,” she said. “If you think about Judaism, this is a really central component. It has to do with just behavior and a certain kind of righteousness and communitarianism.”

She began making some of her best-known pieces, photomontages, after graduating from Brooklyn College. She cut out images from magazines, including lingerie ads in The New York Times Magazine. “It really struck me as a young person that this was a very serious publication,” she said. “Why were all the big colorful ads of women in lingerie appearing as though they were preteens? It was the infantilization of women and the endless sexualization of women.”

She collaged them and developed a series, which was later called “Body Beautiful, or Beauty Knows No Pain.” Many featured women’s body parts, chopped and isolated and rearranged, along with domestic products: a woman’s buttocks on a wastebasket, or her torso on the metallic front of a stove. Truncated and strange, these pieces manage to feel both satirical and violent. She used the technique again in a 1970s series called “House Beautiful: Bringing the War Home,” in which she pieced together interiors and photojournalism from Vietnam, mostly from Life Magazine.

“I first saw some of these works in underground or left-wing publications in the ’70s,” said the art historian Rosalyn Deutsche, a professor at Barnard and Columbia. “They’re very representative of her work because they’re socially concerned, but they’re dealing with social issues not just in an illustrative way. They’re using techniques that ask viewers to think, and they undermined the messages of the media.” Professor Deutsche said Ms. Rosler was a pioneer in addressing representation from a feminist and antiwar perspective. Ms. Rosler returned to photomontages again in 2004 and in 2008 to protest the wars in Iraq and Afghanistan.

The Jewish Museum exhibition will also feature two recent political pieces. One is “Point n’ Shoot,” in which the text of a quote from Donald J. Trump — made during the 2016 Republican primaries — is emblazoned over a screenshot of Trump. (It reads, in part: “I could stand in the middle of Fifth Avenue and shoot somebody and I wouldn’t lose any voters, O.K.?”) Photoshopped into the background are the names of people of color who have been killed by the police in recent years.

“Martha has been steadfast, really since the 1960s, she has remained dedicated to engaging in critique through her art,” Ms. Deutsche said, adding, “I think that steadfastness, that fact that she’s endured, is something that we have to hold onto in the present moment.”

But Ms. Rosler doesn’t buy into notions that art will be the driving force behind social change. “I’ve never believed that art changes the world,” she said. “Art is potent. It’s just puny compared to many other forces.

Through March 3 at the Jewish Museum, Manhattan; thejewishmuseum.org 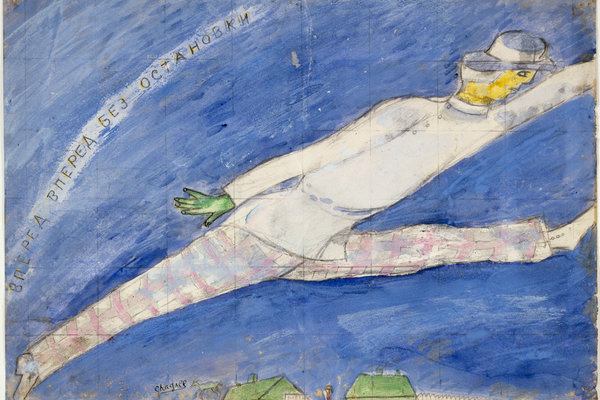 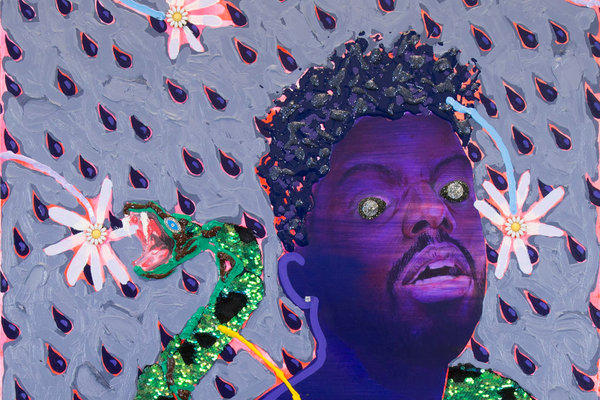