When you get as invested in a reality TV couple as fans are with Married at First Sight’s Greg Okotie and Deonna McNeill, it’s only natural to want to see them last. And happily, Okotie and McNeill have done just that. Since becoming fast favorites on Season 9 of Lifetime’s hit series, the couple has continued their love story offscreen — and, ICYMI, on social media where their mutual gushing will melt your heart out. So, what’s next in this reality TV fairytale? Don’t freak out, but… maybe babies.

In an exclusive interview with SheKnows, Okotie and McNeill spilled some big news about the possible direction their future is headed. When asked if they are thinking of starting a family, Okotie playfully admitted, “Yeah, we’re still thinking about it. Deonna does have baby fever thanks to her nephew. And we talked about it when we first met: a year, year-and-a-half just based on Deonna’s biological clock. A year-and-a-half came quick. So, hopefully, by the end of next year we’ll probably have our first child.”

They’ve even given thought to their birth plan, thanks in part to a fellow MAFS alum. “After seeing Jamie’s experience, it is beautiful and I’m like, Girl, she is super strong, but I don’t think I have that in me,” McNeill said of Jamie Otis’ recent homebirth. “So I’m going to say I’m going to go with the hospital and I’m taking drugs. Give me the epidural! I do not want to feel the pain. I don’t think I’m built for homebirth.”

One year ago today…..we took a leap of faith with family and friends all around us and now we’re celebrating our first anniversary! Who would’ve thought?! It’s been an amazing first year and looking forward to the next 100 years 😏. Love you @deonna.mcneill 😘😘😘! Thank you to everyone who have supported us throughout our journey! All of the love and blessings we receive truly do mean a lot to us and we don’t take it for granted!

While McNeill may not be ready for homebirth, she and Okotie are probably much more poised for parenthood these days thanks to the coronavirus quarantine. Being in lockdown, they told SheKnows, has made them an even better team. “We’ve gotten stronger. We learned more about our communication,” said McNeill, adding, “I mean, we still have some of our you know hiccups along the way but ultimately we’ve learned so much more about ourselves, like we’ve gotten to see a different side of each other.”

That level of communication will undoubtedly come in handy when they have kids. And regardless of what choice the couple makes about bringing their future babies into the world, they’ll have a solid support group to lean. “I keep in touch with the girls from our season. We have a group chat that we have, so I keep in contact with them. But I think Jamie [Thompson] and Beth [Bice] are the closest ones that we have communications with personally,” shared McNeill.

In the meantime, they’re focusing on building their business (they have a t-shirt line, Akpesiri) and appearing on Married at First Sight: Couples’ Cam — the latter of which has been an adjustment since it is self-recorded. “It’s been hard because you want to be real and honest and we are but sometimes we miss moments or do something that’s funny and we’re like, ‘crap, we should have recorded that,’” admitted Okotie. “We have to remember to always have the camera near us.”

As for what fans can expect from the behind-the-scenes series, Okotie and McNeill emphasize they’re just sharing what their real-life as husband-and-wife looks like.

“People might think we’re boring but that’s fine with me, we’re not here to entertain we’re just living our lives. I think people just getting a glimpse of our lives together and what we talk about, what we deal with, how we interact with one another, how we’re growing together,” said Okotie. Laughing, McNeill joked, “I think people will be surprised to see how much I get on Greg’s nerves.”

Yep, sounds like real life to us! Catch up with the couple on Married at First Sight: Couples’ Cam, airing Wednesdays at 8 p.m. EDT on Lifetime.

Before you go, click here to see some of the most fun and binge-worthy reality shows on TV right now. 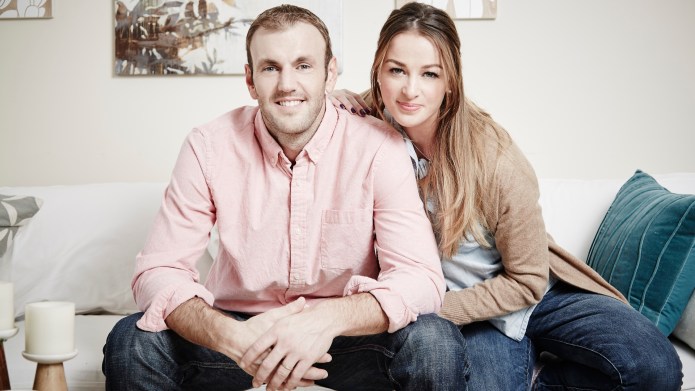 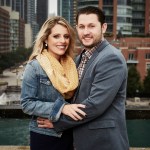 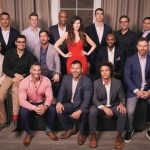 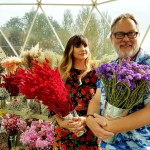 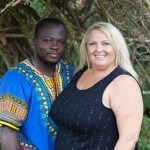 06/24/2020 Entertainment Comments Off on 'Married at First Sight' Alums Greg & Deonna Admit They’ve Got Babies on the Brain
Recent Posts
We and our partners use cookies on this site to improve our service, perform analytics, personalize advertising, measure advertising performance, and remember website preferences.Ok