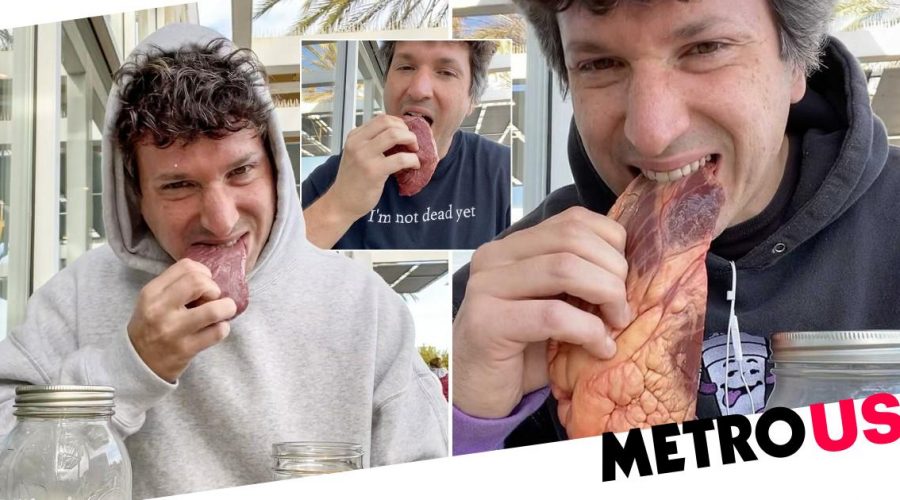 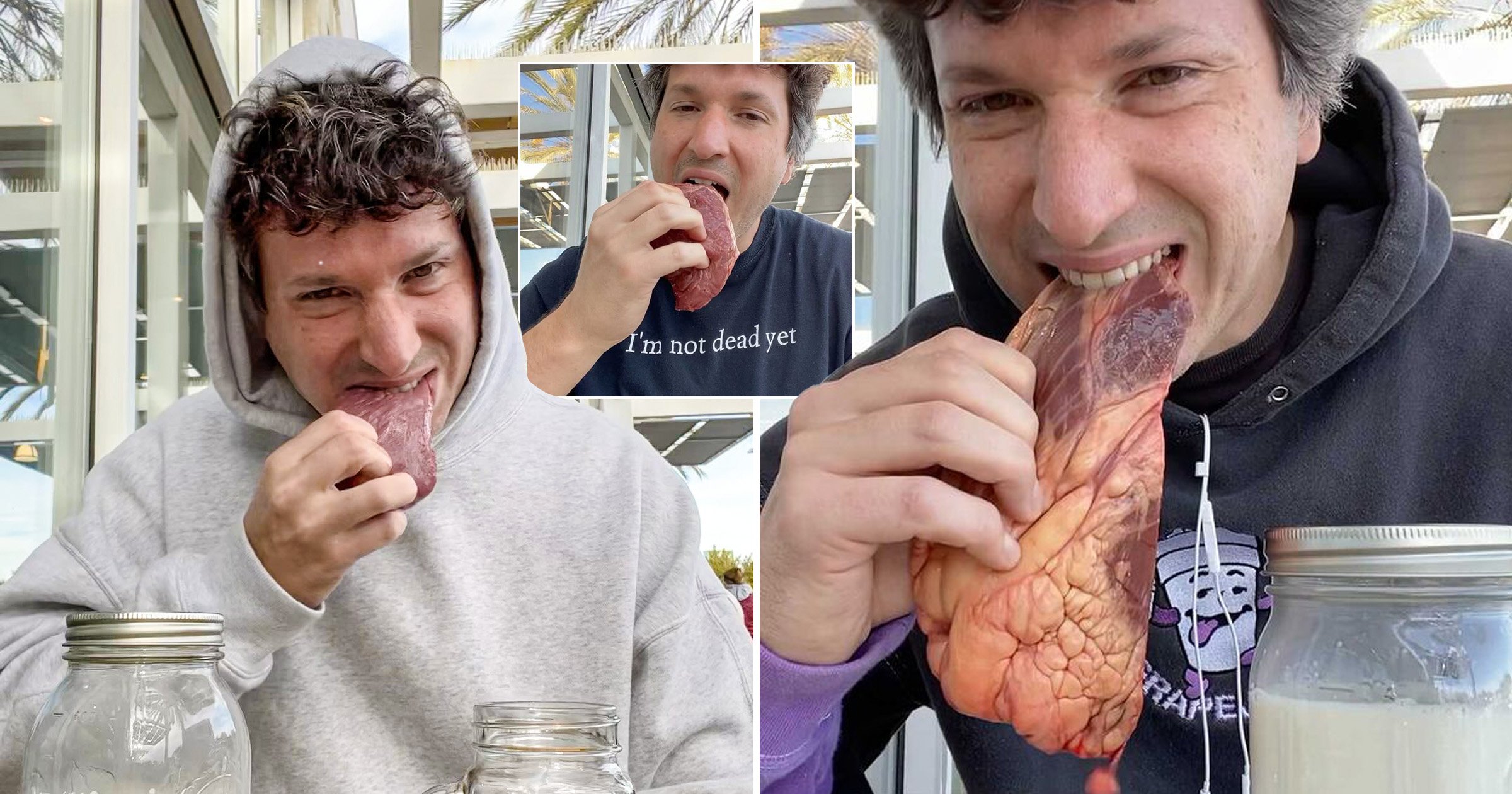 A stomach of steel is required to take part in this raw-some food challenge.

A carnivore is putting his love of meat to the test by conducting an experiment to see how long he can survive eating raw flesh every single day.

The man has so far managed 78 days consuming his favourite uncooked foods, including chicken breasts, steak and swordfish, apparently without succumbing to severe food poisoning.

He has documented his quest to ‘eat raw meat every day until I die from bacteria’ on Instagram account @rawmeatexperiment, sharing his daily diet with more than 60,000 followers.

He washes down his meals with raw eggs or raw animal milk.

In one of his first posts, the unnamed man, who lives in the US, tears into a steak, biting into the fat, while his dog hungrily looks on.

Taking the caveman diet to the extreme, he has since enjoyed delicacies including cow liver and camel milk.

On day 33 he tucked into some minced beef, telling followers: ‘No chewing involved, you can basically just place the cow flesh in your mouth and swallow it.

‘Pretty tasty, half the cost of a steak, will probably be a weekly meal along with cod.’

The following day, 34, when asked how he was feeling, he wrote: ‘good, I like it so far and feel no reason to stop, no crazy changes either way though.’

And by day 40, he revealed how he comfortably chowed down on 1lb (453g) of mince in five minutes.

But while he said raw meat was ‘growing on him’, he conceded cooked flesh ‘tastes a bit better’.

On day 45 he treated himself to some raw bacon, which he insisted was ‘delicious’ – although one follower said they thought it was a ‘skinned foot’.

He revealed mince (ground beef) has now become one of his top choices on day 76.

‘A brick of shredded cow and milk of the sheep. Ground beef has become my favourite meal,’ he said.

‘Due to the low cost, ease of consuming a pound in like 4 minutes, gathering 800 calories of absorbable cow and digesting perfectly.’

He isn’t exclusively eating raw meat every day and occasionally enjoys cooked steak and potato or chicken and rice.

However, he is ‘moving in that direction more and craving cooked less’.

In an Instagram story highlight entitled ‘Why’, he explained he had previously been mostly eating a plant-based diet but began to suffer health issues.

He turned to meat in a bid to ‘heal himself’.

The man wrote: ‘When I started eating steak and eggs for breakfast, instead of bagels and smoothies, I felt full for most of the day, and stable, instead of getting dizzy from a carb crash, my pain started to go away.’

A 56-year-old woman revealed how she feels healthier than ever after rejecting a vegan lifestyle in favour of raw meat and organs.

Mum-of-two Eva LaRoche, from Chicago, told how she feels fitter and stronger and boasts the body of a 25-year-old.