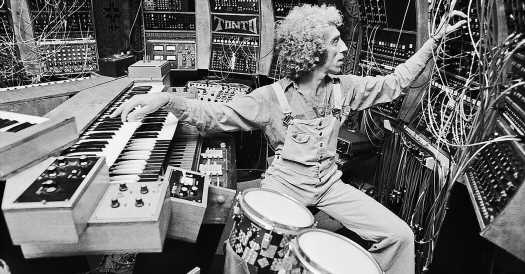 Malcolm Cecil, a British-born bassist with the soul of an engineer who revolutionized electronic music by helping to create a huge analog synthesizer that gave Stevie Wonder’s albums a new sound, died on Sunday at a hospital in Valhalla, N.Y. He was 84.

His son, Milton, said the cause had not yet been determined.

Mr. Cecil, a loquacious man with a head full of curls, had played the upright bass in jazz bands in England and was the night maintenance engineer at Mediasound Studios in Manhattan in 1968 when he met Robert Margouleff, a film and record producer who owned and operated a Moog synthesizer there.

“He said, ‘Robert, if you show me how to play the synthesizer, I will teach you how to become a first-class recording engineer,’" Mr. Margouleff said in a phone interview. “We had a deal.”

They began designing and building what would become The Original New Timbral Orchestra, or TONTO. Starting with the Moog and adding other synthesizers and a collection of modules, some of them designed by Mr. Cecil, they created a massive semicircular piece of equipment that took up a small room and weighed a ton. It could be programmed to create a vast array of original sounds and to modify and process the sounds of conventional musical instruments.

As they continued to develop it, Mr. Cecil and Mr. Margouleff recorded an album, “Zero Time” (1971), under the name TONTO’s Expanding Head Band.

Reviewing “Zero Time” in Rolling Stone, Timothy Crouse wrote: “Like taking acid and discovering that your mind has the power to stop your heart, the realization that this instrument can do all sorts of things to you, now that it has you, is unsettling.”

The album attracted the attention of Mr. Wonder, who had just turned 21 when he showed up at Mediasound on Memorial Day weekend in 1971. Mr. Cecil lived in an apartment above the studio so that he would be available to fix anything that might go wrong, day or night.

“I get a ring on the bell,” Mr. Cecil told Red Bull Music Academy in 2014. “I look out; there’s my friend Ronnie and a guy who turns out to be Stevie Wonder in a green pistachio jumpsuit and what looks like my album under his arm. Ronnie says, ‘Hey, Malcolm, got somebody here who wants to see TONTO.’”

What started as a demonstration of TONTO for Mr. Wonder turned out to be a weekend-long recording experiment. Seventeen songs were recorded, and a collaboration was born.

Over the next three years, TONTO became a significant sonic element of Mr. Wonder’s music on the albums “Music of My Mind” and “Talking Book,” both released in 1972, and their follow-ups, “Innervisions” (1973) and “Fulfillingness’ First Finale (1974).

In an interview in 2019 with the music website Okayplayer, Mr. Cecil described part of the creative process behind the recording of “Evil,” the last track on “Music of My Mind.”

“If you listen to ‘Evil,’ it has a fantastic opening, which is all TONTO, and the sound of it was classical,” he said. “There was an oboe sound. There was a horn sound and a foreboding bass.” He added, “When Stevie wanted something, he would explain what he heard in his head, and we would attempt to create it as closely as possible.”

The experience of working with Mr. Wonder was, Mr. Margouleff said, “very much in the moment; nothing was preplanned. It was all intuitive and wonderful.”

Mr. Cecil and Mr. Margouleff won the Grammy Award for their engineering of “Innervisions,” which included the hit songs “Living in the City” and “Higher Ground.” Mr. Wonder won Grammys that year for album of the year and for best rhythm and blues song, for “Superstition,” which blended Mr. Wonder’s playing on drums and clavinet with a funky bass sound provided by TONTO.

Malcolm Ian Cecil was born on Jan 9, 1937, in London. His mother, Edna (Aarons) Cecil, was an accordionist who played in bands, including one, composed entirely of women, that entertained troops during World War II. His father, David, was a concert promoter who also worked as a professional clown under the name Windy Blow. They divorced when Malcolm was very young.

Malcolm started playing piano when he was 3 and took up drums a little later. He began to play the upright bass as a teenager and was soon playing in jazz clubs. He studied physics for a year at London Polytechnic before entering the Royal Air Force in 1958. His three years as a radar operator prepared him for future studio work.

After his discharge, he was the house bassist at the saxophonist Ronnie Scott’s nightclub in London, where he played with visiting American musicians like Stan Getz and J.J. Johnson; a member of Alexis Korner’s Blues Incorporated, a band whose evolving cast at various times included Charlie Watts and Jack Bruce; and the principal bassist of the BBC Radio Orchestra. He also had a business building public address systems and other equipment for musicians.

Suffering from collapsed lungs, Mr. Cecil decided he needed a warmer climate and moved to South Africa, where he continued playing bass. But he disliked living amid apartheid.

He sailed to San Francisco in 1967 and then headed to Los Angeles, where he spent a year as the chief engineer at Pat Boone’s recording studio. He later moved to New York City, where he worked at the Record Plant for six weeks before being hired as the maintenance engineer at Mediasound.

He admired the Moog synthesizer IIIc at Mediasound but did not meet Mr. Margouleff until his fifth night there. They quickly began recording experimental psychedelic music together, and six months later the jazz flutist Herbie Mann signed them to his Embryo label.

The first track they recorded for what would be their album “Zero Time” was “Aurora,” which was originally 23 minutes long. “I said, ‘Malcolm, I’m not even sure it’s music,’” Mr. Margouleff recalled. They cut its length by two-thirds.

Mr. Cecil and Mr. Margouleff turned TONTO into the most advanced synthesizer in music. It was used, largely in its 1970s heyday, on recordings by Richie Havens, the Doobie Brothers, James Taylor, Quincy Jones, Joan Baez, Little Feat and others. 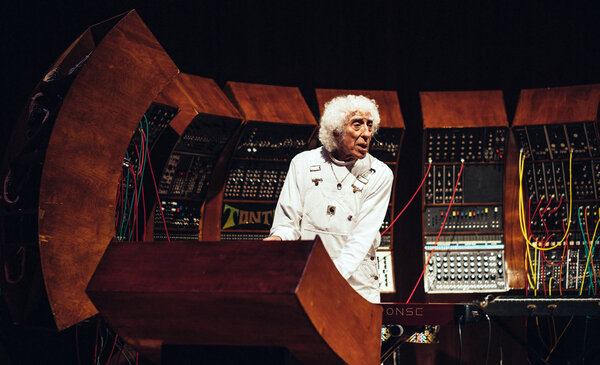 In the 1980s and ’90s, Mr. Cecil produced several of Gil Scott-Heron’s albums and produced or engineered albums by the Isley Brothers, Ginger Baker, Dave Mason and other artists. He also played bass on Mr. Scott-Heron’s 1994 album, “Spirits.” Mr. Margouleff went on to produce the rock band Devo.

“Margouleff and Cecil were about 30 years ahead of their time when they started this project,” Jim Brenholts wrote in a review of “Tonto Rides Again” on AllMusic.

In addition to his son, Milton, Mr. Cecil is survived by his wife, Poli (Franks) Cecil.

TONTO had several homes in New York City, including Jimi Hendrix’s Electric Lady Studios; it also spent time in Los Angeles and in a converted barn owned by Mr. Cecil in the Hudson River town of Saugerties, N.Y.

In 2013, TONTO was acquired by the National Music Center in Calgary, Alberta, where it was restored and its impact celebrated in a five-day event in 2018. A Tribe Called Red, a Canadian electronic-music duo that admires TONTO and considers it an influence, performed there, and Mr. Cecil gave a demonstration.

A member of the band, Ehren Thomas, compared TONTO to the combination spaceship and time machine on a long-running British TV series.

“It’s like the Tardis in ‘Doctor Who,’” he told the CBC, “because you can’t program it to do something specifically. You can set up the parameters and ask TONTO to do what you want, but what comes out is beyond your control.”

04/02/2021 Entertainment Comments Off on Malcolm Cecil, Synthesizer Pioneer, Is Dead at 84
Recent Posts