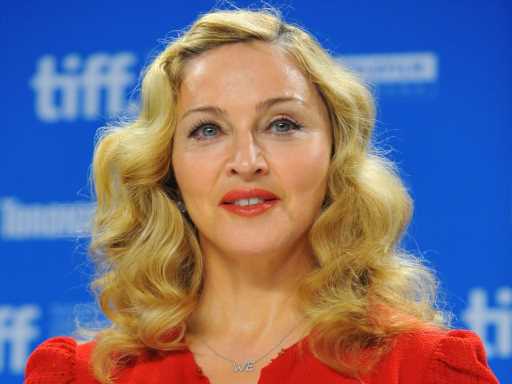 Since hearing Britney Spears speak about the traumatic effects of her 13-year conservatorship at last month’s court hearing, more and more celebrities have been voicing their support for the pop star. The latest to speak up for Spears? None other than the original Queens of Pop: Madonna. 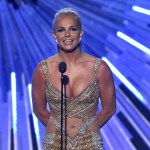 Madonna voiced her support of Spears’ fight to end her conservatorship in her recent Instagram story.

“Give this woman her life back,” Madonna wrote on the photo of herself wearing a “Britney Spears” T-shirt. “Slavery was abolished so long ago! Death to the greedy patriarchy that has been doing this to women for centuries,” she added. “This is a violation of human rights! Britney we coming to get you out of jail!” 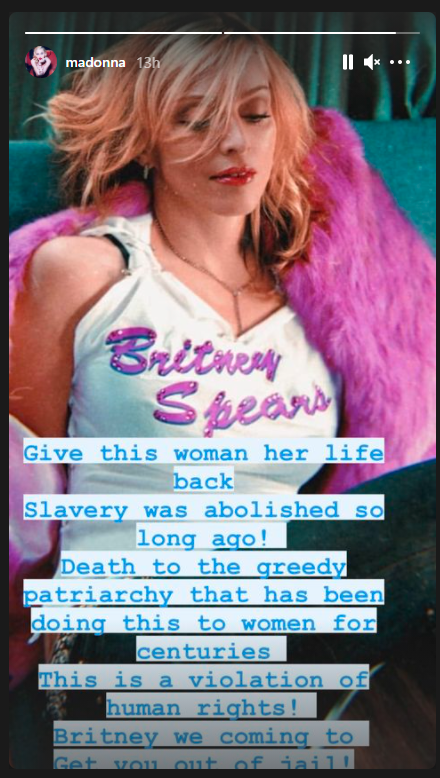 Yes! With such powerful people in her corner, it seems like Spears may soon be able to free herself, despite the fact that last month a judge denied her request to have her father removed as one of the conservators of her estate. As a 39-year-old woman, she deserves to be able to make decisions about her career, finances, and personal life!

Madonna’s post does beg the question, however, of how exactly she and other celebrities are going to help Spears. Madonna wrote that “we are coming to get your out of jail,” but in what ways can she and others help? And why haven’t they done so sooner?

Since the explosive conservatorship hearing where Britney revealed shocking facts about her highly controlled life — including not being able to get her IUD removed! — many stars have voiced their support for the pop star. The famous supporters of #FreeBritney include everyone from Spears’ ex-boyfriend Justin Timberlake, her other Mickey Mouse alum Christina Aguilera, Iggy Azalea, Mariah Carey, Halsey, and Cher, who confirmed that “everyone on The Strip knew about her father,” referring to Jamie Spears’ abusive behavior.

At her hearing, Spears confirmed her father has enjoyed maintaining an inordinate amount of power over her.

So, if everyone knew this, as Cher said, why didn’t anyone help her sooner?! We hope that all of these celebrity supporters are actually able to have an impact in helping Spears here, whether that’s by helping raise awareness or offering legal or financial support. It’s time.