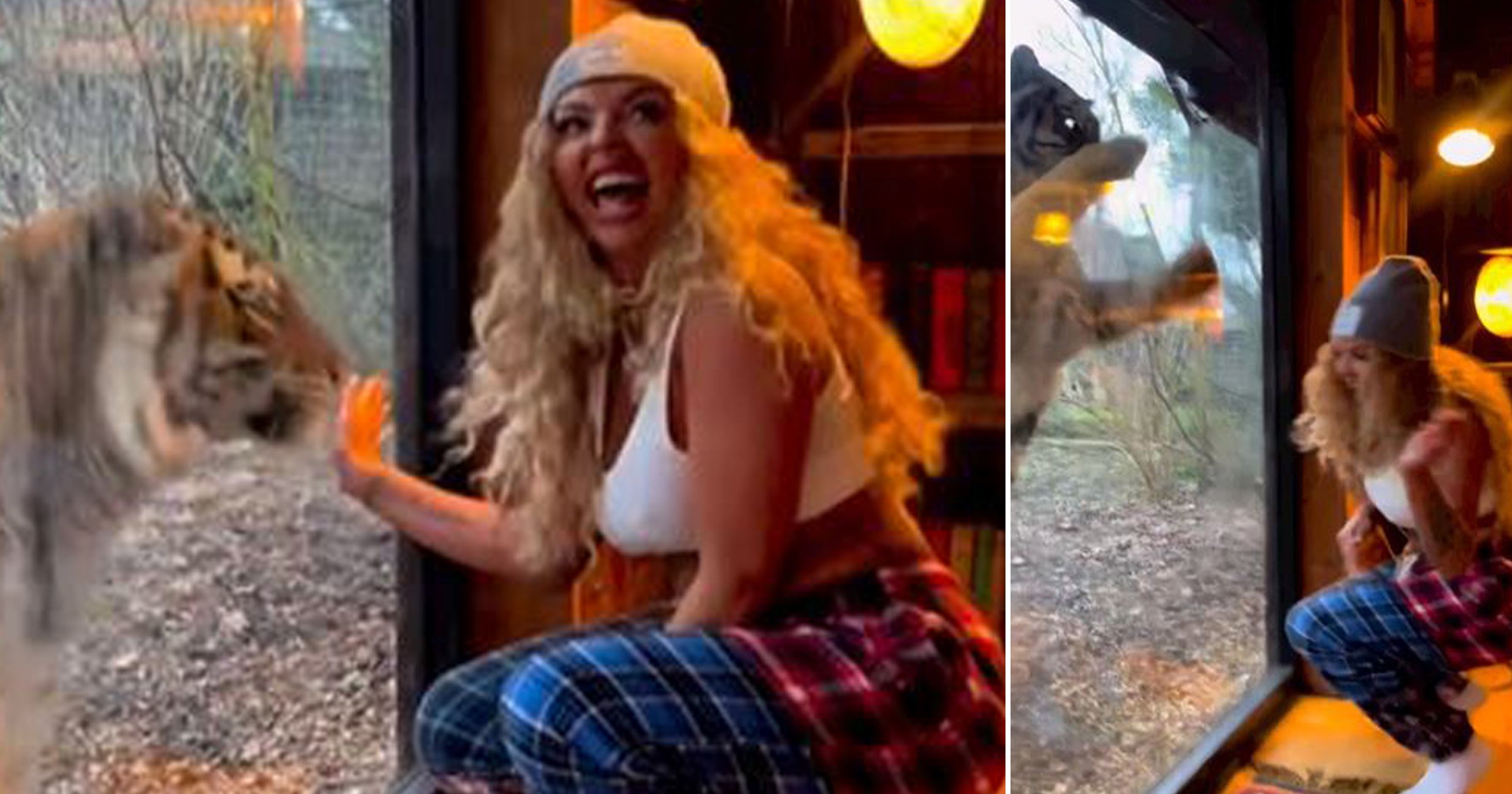 While some famous faces are choosing to wear animals at the moment, Jesy Nelson wanted to get up close and personal in another way, but it totally backfired.

The former Little Mix singer was visiting a zoo when she went up to get a closer look at the animal, but things quickly took a turn.

Jesy, 31, has been enjoying a romantic getaway at Port Lympne Safari in Kent with rapper boyfriend Zion Foster, where they decided to stay overnight next to an enclosure.

The pair were seen feeding black rhinos on Monday, but the next day she posted a video where a tiger was coming to check them out right outside their bedroom.

Although the tiger seemed curious at first while Jesy knelt down and put her hand on the glass, as it had its face on the other side, it quickly launched and jumped up, understandably catching her off guard.

As the tiger raised itself to its hind legs, Jesy made a run for it, eager to get away as quickly as possible despite the fact she was protected by glass.

At the same time, Zion was recording and while at first, he was exclaiming “Oh baby, oh my god” as the tiger approached, he started screaming as it reminded them how terrifying it can be.

‘Someone was hungry’, Jesy captioned the video when posting it to Instagram.

‘How did you get in and out without dying,’ one of Jesy’s followers asked in the comments on Tuesday, with another declaring: ‘Nope not me, I won’t sleeping at night with that roaming around, next it will come back with its mates to pick lock the door.’

Some fans were quick to comment on the hilarious video and joke the tiger is keen for Jesy to release more music.

‘Keep your eyes open, we’re manifesting the tiger to remind you we want MUSIC,’ one fan wrote.

After leaving Little Mix at the end of 2020 to embark on a solo career, Jesy released her first single in October 2021, but fans have been eagerly awaiting more music.

In August last year she revealed she had completed her debut solo album, and later revealed it would be released sometime early this year.