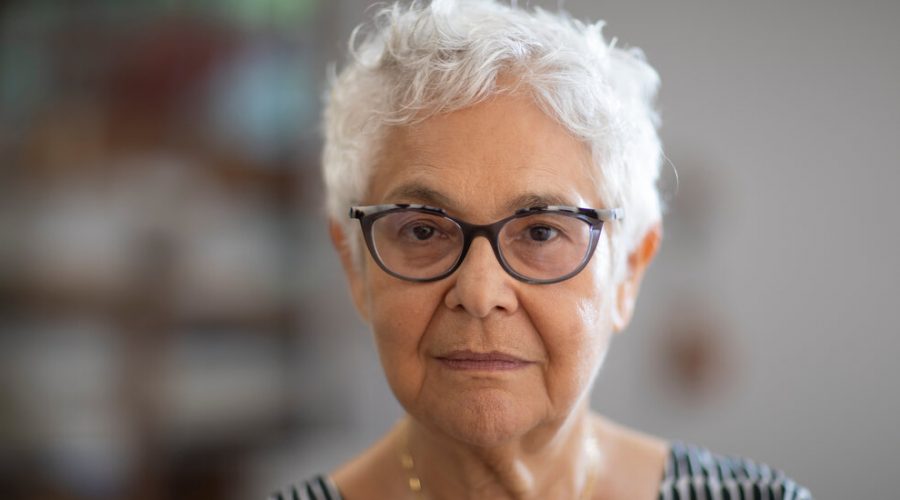 RHINEBECK, N.Y. — The art world has lately taken pains to put the spotlight on older artists who did not get a fair shake the first time around, but it’s not an effort that applies to Liliana Porter.

An Argentine by birth, Ms. Porter, 79, had an artistic reputation soon after she arrived in the New York area in 1964, becoming a founder of the influential New York Graphic Workshop.

She was never a household name — the demands of teaching art full time at Queens College for 15 years might have been a factor — but she did not struggle for recognition, either. There was a consistent market for her work, helped by her initial choice of an inexpensive, serial medium.

“I always sold, because I was a printmaker in the beginning,” said Ms. Porter, who was giving a tour of her packed studio, housed in an old barn here in the Hudson Valley.

The studio stands just behind the house where she lives with her wife and frequent collaborator, the artist Ana Tiscornia. Ms. Tiscornia was working nearby, and occasionally chimed in upon request.

Several shelves and a cabinet were filled with hundreds of dolls, figurines and toys of the type that frequently end up in Ms. Porter’s odd and slightly surreal scenes. They come in many forms, including photography, painting and set design.

Ms. Porter’s work is in the collection of the Museum of Modern Art, the Metropolitan Museum of Art and the Reina Sofía in Madrid, and for those interested in tracing the arc of her career, she is also the subject of a solo booth at Art Basel, the Swiss fair taking place through Sunday.

Hosfelt Gallery of San Francisco is showing nine of her works from the late 1960s and early 1970s, most of them photo-based etchings with pencil on paper. “Untitled (hand with paper)” (1973), for instance, shows an open-palmed hand, surrounded by copious white space, a spare but powerful image typical of her work.

Although the objects and scenes she depicts have grown more colorful and more whimsical over the years, the basic pictorial strategy in much of her work has remained the same: take a small subject and envelop it in nothing much, a move that paradoxically commands attention.

It’s an effect similar to the way a whisper makes people lean in to hear more.

“The empty space is where things happen,” Ms. Porter said. “When things are small but surrounded by a lot of space, you have to approach it.”

More recent work in other media, like her photograph “Blue Eyes” (2000), have a similar approach. It depicts a tiny figurine of a girl looking into a mirror, in a sea of empty space.

“Her work has a degree of comedy,” said Franklin Sirmans, the director of the Pérez Art Museum Miami. “It’s deadpan. It shocks you with simplicity, and then the humor comes in.” The Pérez has acquired her work for its collection, and Ms. Porter has lectured there.

Mr. Sirmans attributed her aesthetic to her printmaking background. “It has given her rules and structure,” he said.

In her studio, Ms. Porter stood and for a moment considered a large, just-finished painting. A tiny ship was affixed to the canvas, adrift in a wavelike splatter of blue paint, with detritus like a toy-size chair appended to one side.

The picture evokes “the splendor of disaster,” Ms. Porter said, adding: “I like partial explanations of things. It pushes you a little bit to question why.”

“She’s asking big philosophical questions,” Mr. Ostrander said. “Her work is about the human search for meaning — what does it mean to be alive?”

Mr. Ostrander added, “One could despair in this not-knowing, but instead, she laughs.”

Born in Buenos Aires, Ms. Porter attended art school before moving to Mexico for three years because her father, a director in film and theater, was working there. (She inherited an interest in theater, going on to direct plays with Ms. Tiscornia in Buenos Aires and New York.)

Ms. Porter returned to Argentina to finish her art degree, and then she was off to New York. Her ostensible reason for visiting was the 1964 World’s Fair. Instead of going to Paris afterward as planned, “I stayed,” she said, and it wasn’t because of the charms of the Unisphere. “It was the Metropolitan Museum.”

Studying printmaking at the Pratt Graphic Arts Center, she met the Uruguayan artist Luis Camnitzer. They married (and later divorced, and she had a second marriage to Alan Weiner, which also ended in divorce). Along with the Argentine painter Luis Felipe Noé, Ms. Porter and Mr. Camnitzer founded the New York Graphic Workshop as a collective.

That the workshop’s founders were Latin American gave them a perspective on the elaborate, pristine works of Minimalism, one of the dominant American art movements of the time.

“All those super-expensive objects, it was something that couldn’t happen in our countries, it would be absurd,” Ms. Porter said.

The workshop, which lasted until 1970, gave a timely Conceptual-art spin to prints. One of Ms. Porter’s contributions was a 1969 piece of “mail art”: She sent a blank piece of paper out with an instruction for recipients, “To be wrinkled and thrown away.”

She had strong institutional support across the decades. In 1973, the Museum of Modern Art invited her to do a project room; she showed spare silk-screens of hooks and nails, alongside real hooks and nails in the walls.

In 1980 Ms. Porter received a Guggenheim Fellowship, and still in the offing is a retrospective, as yet unscheduled, at the National Museum of Fine Arts in Buenos Aires.

As she contemplated that show in her hometown, Ms. Porter mused a bit about how her story doesn’t quite fit the template of late-career notoriety.

“It’s interesting, some artists always have a problem and then they become famous later in life, at 70 or something,” she said.

Her own trajectory has been steadier, if a little more private and mysterious, not unlike her art.

“There is a mixture of funny and dramatic,” Ms. Porter said of her work. “I like when contradictory things happen simultaneously.”