If Lili Reinhart was your idea of the girl next door, then be forewarned: She’s had a change of address.

Scan any profile about the “Riverdale” actor since she shot to fame on the hit CW series and the phrase pops up again and again. It’s a signifier of her status as one of Hollywood’s rising stars whose first major role was inhabiting a classic character steeped in Americana. And yet, Reinhart has unquestionably made Betty Cooper her own with an unteachable kind of charisma and presence, all while engaging fans offscreen in open dialogues about her mental health, sexuality and past trauma.

“I feel like I’m not known now as the girl next door. I’m known as the girl who says a lot of shit on Twitter when things piss her off,” a candid-as-ever Reinhart said in an interview with HuffPost earlier this week. “People can say that when they really don’t know who I am … I’m maybe more of the … [pause] girl who meditates outside by her pool next door?”

“I don’t want to be seen forever as Betty Cooper,” she added with all due reverence for her ponytailed alter-ego. “I just think that I’ve made it very clear that’s not who I am.”

Fans, however, really do feel like they know Reinhart, a celebrity who appears to be more proximate to the average 20-something than most. Maybe that’s because she became famous for portraying the quintessential TV teen or the fascination with her personal life (she recently split with “Riverdale” co-star Cole Sprouse), but it’s a delicate push and pull for the star who’s not afraid to wield her social media might to set the story straight. 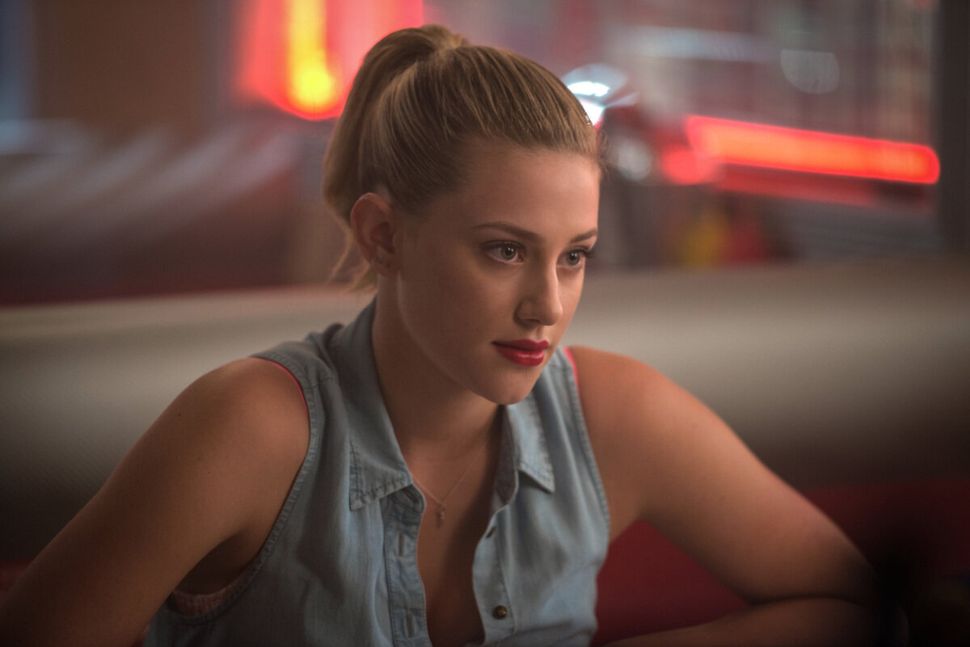 “I am just the kind of person who has to stand up for myself and be very transparent,” she said, one day after calling out “clickbait” articles about her breakup on Twitter. “I like to talk about personal things in the sense of my mental health, but it feels really shitty when people take advantage and twist it into their own story. If I’m willing to be open and vulnerable with you about my deep emotions and heartache, then you should be able to respect that.”

Reinhart has never been more keen to close the gap between public perception and her true persona. Executive producing and starring in the new film “Chemical Hearts,” which hits Amazon Prime on Friday, is her first big step toward injecting her point of view into a career that’s largely been on other people’s terms.

For Reinhart, it was a welcome departure from playing in the “Riverdale” sandbox. Telling a down-to-earth story about teenagers that spoke to her own experience growing up was “so fulfilling just to my core, to my soul.” The film almost feels as if it’s in conversation with the idealized, glossy CW teens by how it does things differently. Here, couples aren’t endgame, traumas aren’t easily resolved in three-episode arcs, and the threat of heartbreak looms larger than the Gargoyle King ever could.

“This was such a beautiful opportunity to show the depths of being a teenager and how actually painful it is,” Reinhart said, adding that there’s “nothing more boring than seeing the same teen movie over and over again.” 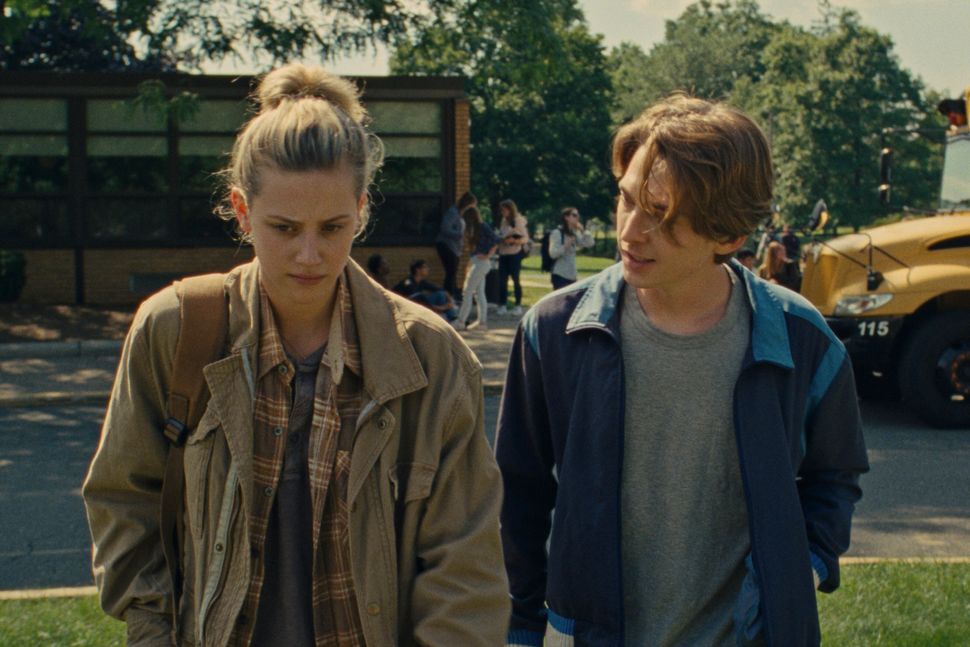 “I didn’t have easy teenage years. I wasn’t all about school dances and getting the guy to like me and losing my virginity. It had nothing to do with any of that actually,” she continued. “I was constantly struggling to feel like I belonged somewhere.”

Writing became a much-needed outlet for Reinhart, who is set to release her first poetry collection, “Swimming Lessons,” next month. The project arose “purely out of the fact that I felt creatively not in control of what I was doing,” she said.

Giving fans a direct line to her heart is a vulnerable experience for the star, who is understandably guarded about disclosing certain details about her life. But having millions watch her every move or Instagram Story isn’t a responsibility Reinhart takes lightly. Ultimately, humanizing herself in the eyes of her fans is worth it ― even if it means she comes out with a few bumps, bruises or criticisms.

“Sure, I would love to be a role model, but I would also love to never be looked at as someone who can’t make a mistake,” Reinhart said. “I can’t live up to that expectation. I’m very much still learning right now at this point in my life. A lot of good things, a lot of … I was going to say bad things, but you know I’m never learning bad things. Everything that I’m learning is helping me grow and be more aware and connected to myself.”

This interview has been edited and condensed for clarity.

08/21/2020 Entertainment Comments Off on Lili Reinhart Isn’t Your Girl Next Door Anymore
Recent Posts
We and our partners use cookies on this site to improve our service, perform analytics, personalize advertising, measure advertising performance, and remember website preferences.Ok