The new Amazon drama “Homecoming” has a lot going for it. Julia Roberts in her first starring TV role. Bravura directing from Sam Esmail of “Mr. Robot.” A top-notch supporting cast, taut writing and a mind-bending military-corporate thriller plot.

I wrote about all these things in my review. But to be honest, what most excited me when I first started watching the screeners was that every episode is about 30 minutes long.

With today’s expansive TV drama installments typically running an hour (or more), each episode of “Homecoming” felt like a gift certificate for 30 extra minutes of sweet, unencumbered life. Thirty more minutes to work, to sleep or — why not? — watch a second episode. 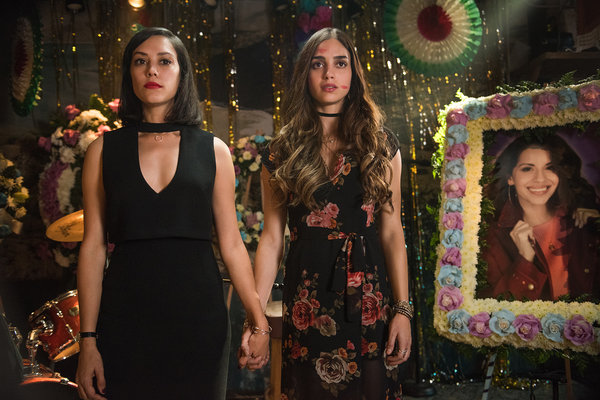 They were no less captivating for being short. They may have even been better.

Somewhere in its history, TV formalized the idea that drama is a marathon and comedy a sprint. Network schedules established sitcoms at 30 minutes, with commercials; dramas — with early exceptions like most seasons of “The Twilight Zone” — settled in at 60.

A rigid scheduling grid is less important in cable; in streaming, not at all. This freedom has had, for drama, the effect of loosening one’s belt for Thanksgiving dinner. Cable dramas like “Game of Thrones” often exceed sixty minutes without ads, and streaming series like “The Romanoffs” ungirdle themselves to feature length.

So it’s been a welcome counter-trend to see dramas doing more with less. “The Girlfriend Experience,” “Vida,” “Mr. In-Between,” “Room 104” and others have clocked in at around a half-hour. Other series, like “Maniac” and “The OA,” intersperse longer episodes with quickies.

Only a hypocrite would praise the short installment at great length. So I’ll be brief.

First, short dramas are just practical. One could argue that only a TV critic frets about episode length: It’s a first-world problem in a first-world job. But look, I’m paid to do this. I’ve got plenty of time.

People with actual productive jobs, on the other hand, have ever more TV to fit in their limited free time. Epic drama means greater investment: You have to put in six or eight hours to get to the point where, your friends swear to you, “Ozark” really gets good. (It doesn’t. Saved you a day.)

Short dramas, on the other hand, reward sampling. “Sweetbitter,” on Starz, was too slight and bland for me, but I appreciated that I could gauge that quickly and move on.

Short dramas are economical. Longer series have to serve a bigger roster of characters, spinning off subplots for each. “This Is Us” is an hour; the portion I want to follow any given week is maybe 20 minutes.

[Read about how “Homecoming” made the leap from podcast to screen.]

Cutting the running time in half focuses the gaze. Facebook Watch’s quiet gem “Sorry for Your Loss,” like “This Is Us,” is about the aftereffects of a premature death on a spouse and family. And it’s only about that. It does that one thing well, which makes for an intense focus on Elizabeth Olsen’s Leigh, her grief, rage and progress. It’s like “This Is Us,” the high-strength concentrate.

“Homecoming,” likewise, has two timelines but one story. There isn’t A, B, C and D plot, nor should there be; it would distract from the thriller’s stage-like technique of building suspense through conversation.

The half-hour drama also reflects where the real creative energy is in TV today. Some of the best work is happening in half-hour hybrids — “Transparent,” “Better Things,” “Atlanta” and “Barry,” to name a few — that are “comedies” for awards purposes but half drama, or more, in substance.

Then there’s rhythm and velocity. Bingeing a lengthy drama can feel like sinking into quicksand; I’m not so much absorbing the story as it absorbs me. I start to feel like my immobility itself is the product: my butt on a couch, adding hours logged to some clicking meter in a media company’s accounting office.

When a series like Netflix’s pharmacological head trip “Maniac” switches up with a 26-minute episode, it underlines the sense of play and unpredictability in the storytelling itself. It’s bracing; it’s a changeup; it’s narrative syncopation.

Of course, neither is “shorter is better” an absolute rule. Wasted time is the problem rather than time itself, and there is certainly value to series like “Better Call Saul” that take advantage of the silent frame and the extended pause, allowing momentum to build and detail to accrete in such a way that, though their episodes might run past the usual length, they appear to fly by in a fraction of the usual time.

But since when does length equal seriousness? “The Great Gatsby”? “The Metamorphosis”? “Mrs. Dalloway”? Short, short, short! Pithiness is power.

I’d say more, but I have screeners to watch. At heart, TV’s time crunch is a tribute to how the medium has become worth our time. All the more reason to appreciate the shows that recognize that we don’t have all the time in the world.