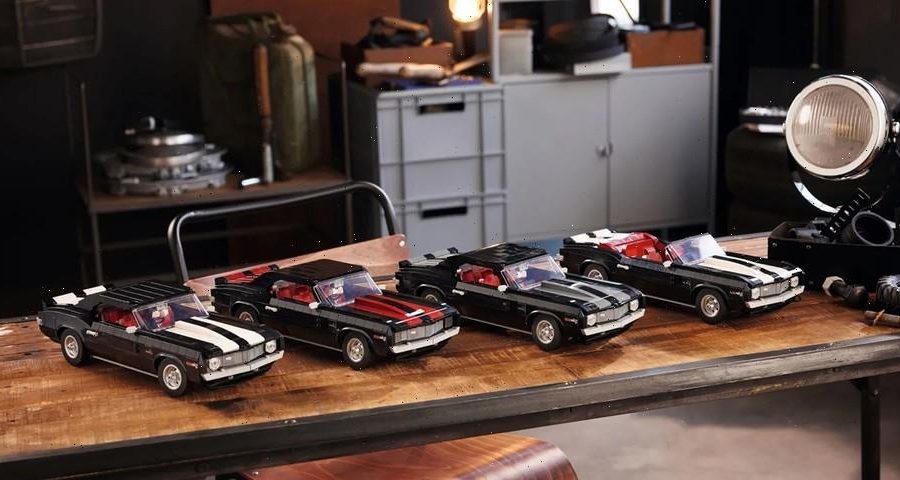 Danish brand LEGO has its roots in imagination and recreation. For decades the behemoth of the toy industry has encouraged consumers to dream big with a mix of fantasy and real-world themes. Now, the LEGO ICONS line seeks to bring incredible real-life feats to the world of LEGO. Between releases such as the Roman Colosseum and a flower bouquet, LEGO continues to faithfully recreate all sorts of objects and landmarks. Now, it has connected with Chevrolet to recreate 1969’s Camaro Z28.

Made up of 1,456 pieces, the Chevrolet Camaro Z28 utilizes the power of LEGO to provide several layers of customization to consumers. First off, three racing stripe colors are offered between classic white, subtle gray and stand-out red. From there, builders can decide if they want a hardtop coupe or an opened up convertible. Two custom license plate options include a Michigan “CHVY 69” plate and California “P4N T3R” plate that likely references the Camaro’s original “Panther” code name. Lastly, the buildable model features working steering and a detailed V8 engine.

Releasing alongside other Summer 2022 LEGO sets such as the “Sanctum Sanctorum,” the LEGO ICONS Chevrolet Camaro Z28 hit shelves worldwide August 1 at a price of $170 USD via LEGO and select retailers.

In other LEGO news, a 2,807 piece Super Mario set of Bowser is on its way.
Source: Read Full Article