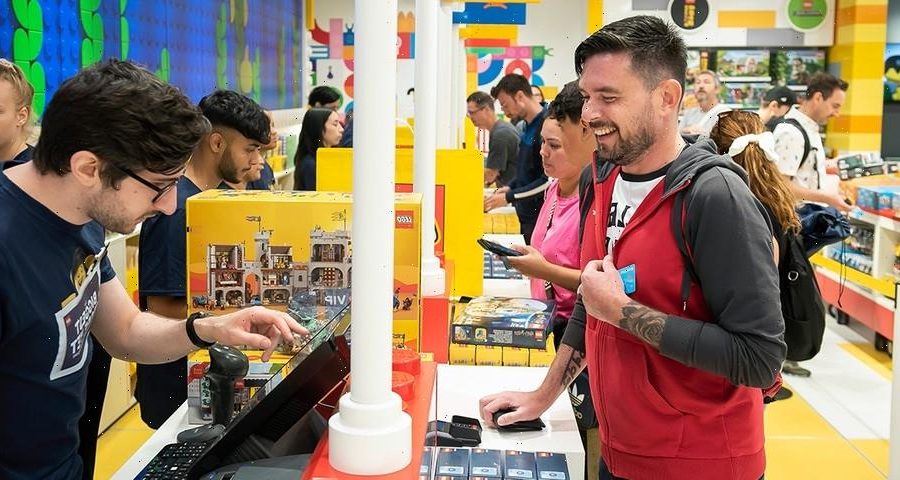 In celebration of the beloved toy company’s 90th anniversary, LEGO has now opened its newly refurbished store in Leicester Square, London, with an expansion making it the biggest official LEGO store in the world. Adopting the traditions and culture of the country it’s located in, the reopened location features a whole series of 3D builds inspired by a “Stories of Britain” theme.

There, you’ll find a whole series of national icons re-created in brick form, such as William Shakespeare waiting for you on the top of a red double-decker London bus, James Bond’s Aston Martin DB5, displays of Gringotts and Diagon Alley from Harry Potter, Sherlock Holmes, landmarks including Buckingham palace and Big Ben, and even Marvel‘s friendly neighborhood Spider-Man, a nod to actor Tom Holland‘s English heritage.

Of course, there’s also plenty to do in the store aside from shopping. A personalization studio allows visitors to reimagine themselves in LEGO form with a Minifigure or Mosaic Maker while an interactive storytelling zone offers a glimpse into the LEGO vault for a bit of the history of the Danish company. There’s also a Tree of Discovery that serves as the centerpiece of the store, encompassing what the company describes as a “magical wonderland” inside its body while showcasing its sustainability efforts.

Now open, the LEGO store’s Leicester Square location will offer a free, exclusive LEGO Store Set for anyone who spends more than £120 GBP (approximately $125 USD) between today and August 14. VIP members who purchase over £75 GBP (approximately $92 USD) will also be able to utilize the free LEGO Delivery Truck between August 15 and August 18.

Elsewhere in the world of toys, Hot Toys has unveiled a chrome version of the iconic Star Wars Stormtrooper.
Source: Read Full Article